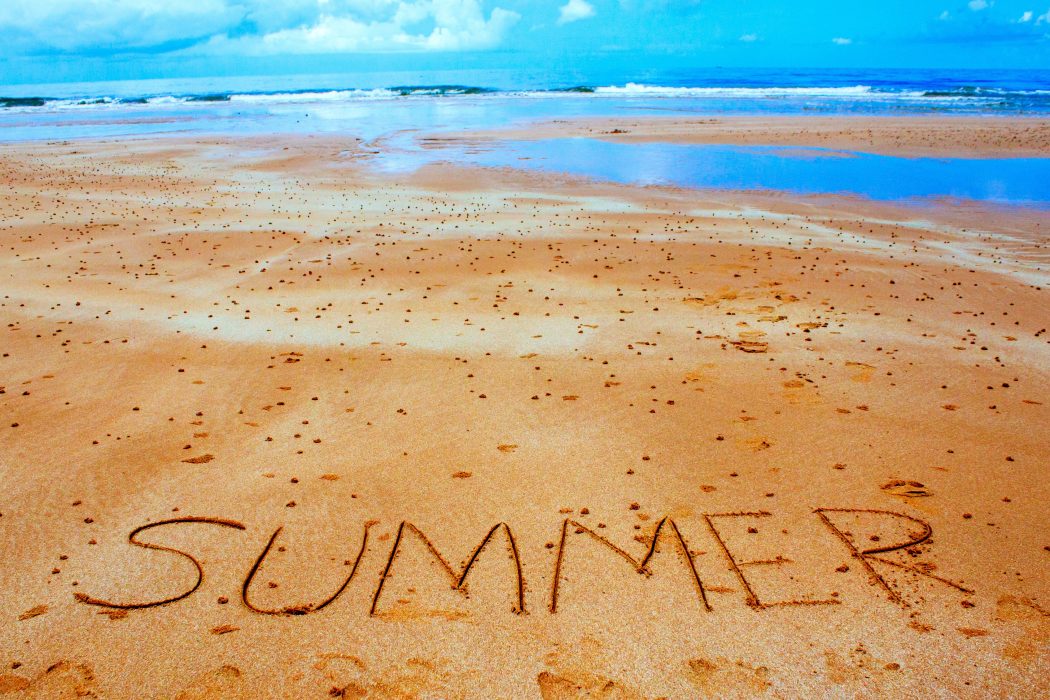 It’s summer and St. Augustine plays host to free live music and free movies from May to September. See details below:

MUSIC BY THE SEA

The St. Augustine Beach Civic Association will host the 17th Annual Music by the Sea Concert Series in 2019, running each Wednesday from May 15 through September 11 at the St. Johns County Pier Park, 350 A1A Beach Blvd., in St. Augustine Beach.

Music by the Sea is a FREE concert series for visitors and locals alike. In addition to area bands performing each week, local restaurants serve dinner, with meals at $10 or less!

Food service begins at 6p.m. and the bands play from 7 to 9 p.m. each week. Go to sabca.org for more details.

2019 Music by the Sea Schedule 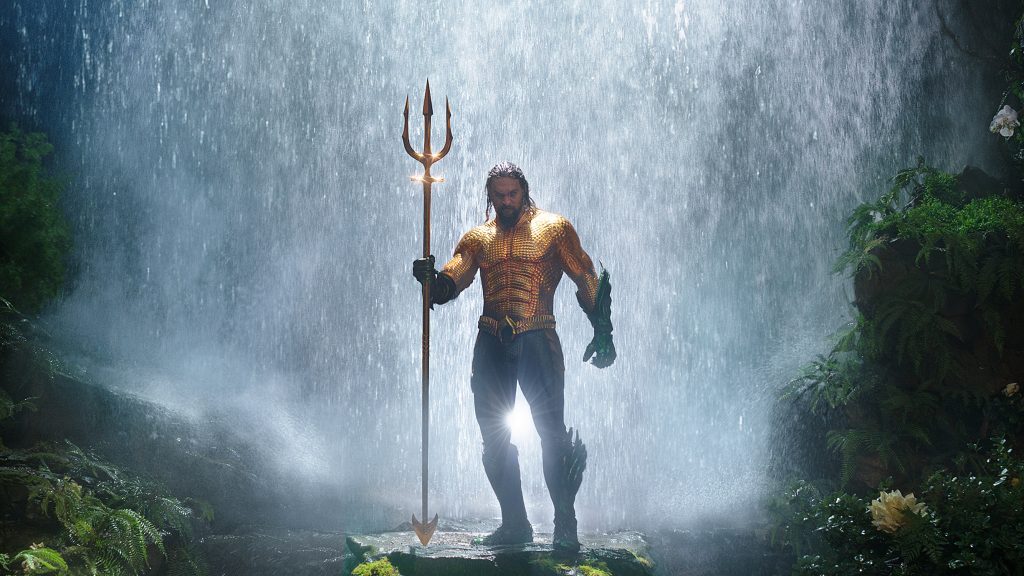 MOVIES BY THE BAY

Movies begin at 8:30 p.m. every Wednesday, from June 7 through Aug. 9 — the lineup includes Smallfoot, The House with Clock in its Walls, Ralph Breaks the Internet, Aquaman, Lego Movie 2, Incredibles 2, and How to Train Your Dragon 3. SEE THE FULL SCHEDULE BELOW … 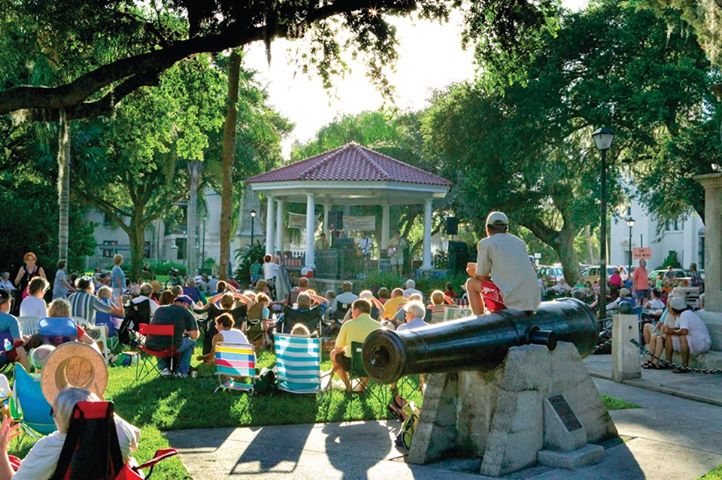 CONCERTS IN THE PLAZA

Concerts in the Plaza, St. Augustine’s free summer-long music series, returns for its 29th season serving up some of the best musical entertainment in Northeast Florida.

The series includes two-hour concerts held every Thursday at 7:00pm starting May 30 and continuing through August 29 with a special performance on July 4, beginning at 6:00pm. For complete information including a printable schedule visit www.CityStAug.com/Concerts.

Concerts in the Plaza 2019 Schedule 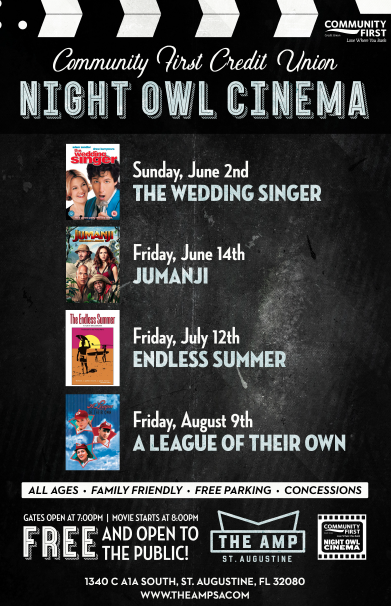 The Amp St. Augustine and Community First Credit Union proudly announce the return of the free, family-friendly summer film series, “Community First Night Owl Cinema.” The wildly popular film series draws thousands of moviegoers who come to enjoy free, family-friendly films projected on a giant 18- by 32-foot screen on the Amp’s main stage. The series is free and open to all ages, with free parking and concessions available for purchase.

Six performances are staged over two weekends, (Thursday, Friday, and Saturday), June 20-22 and June 27-29, with all concerts starting at 7:30 pm. More details at staugustinemusicfestival.org

Founded in 2007 by Jacksonville musicians Jorge A. Peña and Jin Kim-Peña, the festival welcomes audiences as varied as its concert programs. Classical music “newbies” mingle with seasoned aficionados, true to the festival’s mission to educate, elevate, and entertain all through great music, regardless of ability to pay for a ticket. Individual and corporate donors support the festival financially to keep the concerts free to the public.

SAMF creates world-class concerts with professional musicians of the highest caliber. Many of the musicians are members of the Jacksonville Symphony Orchestra. SAMF, the largest, free festival of its kind in the United States, has become a beloved summer “must-do” in Northeast Florida’s cultural life. Its concerts have been featured on National Public Radio’s “Performance Today.” 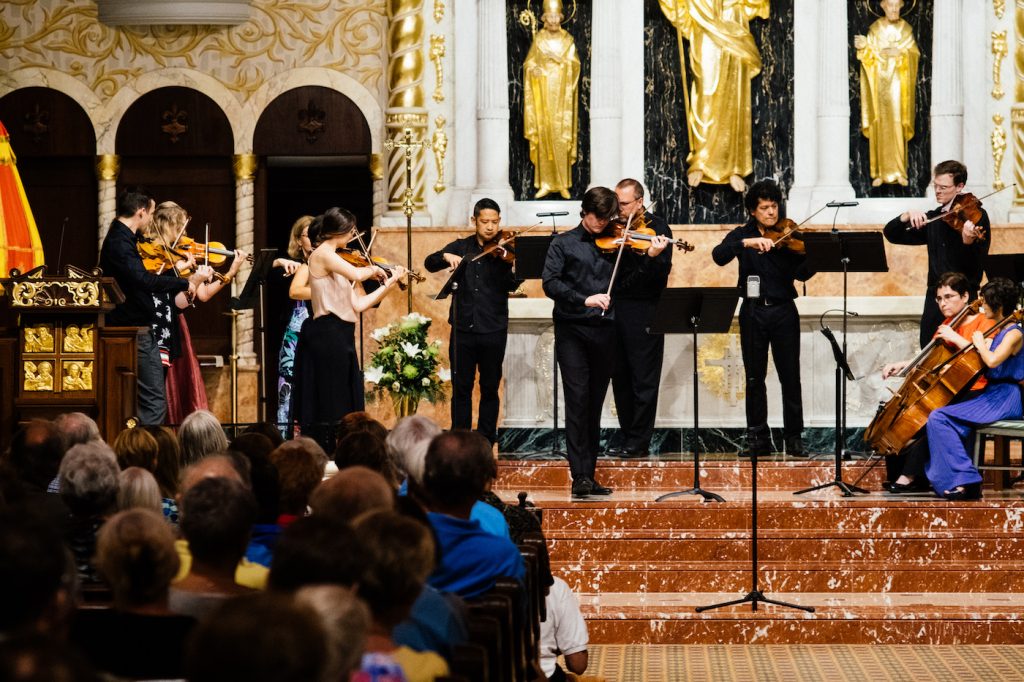 Attorney Melissa Sarris Kauttu will be speaker for the April 14 Marketplace Luncheon. Registration, networking and fellowship continue from 11:30 a.m. to noon…