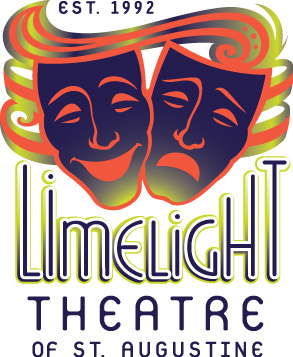 From Limelight Theatre of St. Augustine

The full season of musicals, farces, comedies and dramas will include The Addams Family, a musical running from Sept. 19 through Oct. 19. Auditions for this musical will begin at 6 p.m. July 15 at the theatre, 11 Old Mission Ave., uptown St. Augustine.

Produced in conjunction with â€œLift Up Lincolnville,â€ ClybourneÂ Park (2010) is a play by Bruce Norris written in response to LorraineÂ Hansberry’s play, A Raisin in the Sun. It portrays fictional eventsÂ set before and after the Hansberry play and is loosely based onÂ historical events that took place in the city of Chicago. As describedÂ by the Washington Post, the play “applies a modern twist toÂ the issues of race and housing and aspirations for a better life.”Â The play was awarded the 2011 Pulitzer Prize for Drama and theÂ 2012 Tony Award for Best Play.

A CHRISTMAS STORY: THE MUSICAL

This beloved holiday musical comes complete with a fishnet fishnetstockinged leg lamp. A Christmas Story: The Musical is a musicalÂ version of the film A Christmas Story. The musical has music andÂ lyrics written by Benj Pasek and Justin Paul and the book by JosephÂ Robinette. The musical takes place in the 1940s in Indiana andÂ focuses on a child named Ralphie, who wants a Red Ryder BB GunÂ for Christmas. â€œYouâ€™ll shoot your eye outâ€ is every motherâ€™s worstÂ nightmare and every young boyâ€™s dream.

Sweet Bird of Youth is a classic play by Tennessee WilliamsÂ which tells the story of a gigolo and drifter, Chance Wayne,Â who returns to his home town as the companion of a fadedÂ movie star, Alexandra Del Lago, whom he hopes to use toÂ help him break into the movies. His homecoming is not wellÂ received by the locals as longtime secrets are revealed.

THE BOYS NEXT DOOR

The Boys Next Door, by Tom Griffin, is a two act comedy-dramÂ about four intellectually disabled men who live together in a smallÂ apartment â€” and Jack, the caring social worker who is on the vergeÂ of career burn-out. The play provides a humorous commentary onÂ the men’s lives, taking a surprising turn as a father comes to visit,Â true love is discovered and Jack accepts a new job.

A British farce written by Alistair Foot and Anthony Marriott. The fastÂ paced plot revolves around an assistant bank manager, who livesÂ above his bank with his new bride Frances. When Frances innocentlyÂ sends a mail order off for some Scandinavian glassware, what comesÂ back is Scandinavian pornography. They must decide what to do withÂ the floods of photos, books, films and eventually girls that threaten toÂ engulf this happy couple.

With lyrics and music by Jerry Herman and a book by MichaelÂ Stewart, what else do we need to say about this wonderful familyÂ musical made famous by Barbara Streisand, Carol Channing andÂ Louis Armstrong? Get your ticketsÂ â€œBefore the Parade Passes By.â€

This play by Christopher Durang focuses on Prudence and Bruce,Â two Manhattanites seeking stable romantic relationships with theÂ help of their psychiatrists, each of whom suggests they place aÂ personal ad. Their first meeting is disastrous and the two reportÂ back to their respective therapistsâ€”who are clearly more troubledÂ than their patients!

The best entertainment value in Northeast Florida.Â Subscribers save over 25% off regular ticket prices.Â Limelight’sÂ subscription packages areÂ extremely versatile.Â Choose whether you’d like aÂ total of 14, 7 or 4 tickets. Tickets may be usedÂ for any of the main stage shows in this brochureÂ and in any combination. Whether it’s 1 ticket toÂ 14 performances, 14 tickets to 1 performance orÂ anything in between.Â (Please note that specialÂ performances and events are not included in aÂ season subscription.)

To purchase a Limelight Theatre season subscriptionÂ or to find out more, please call our box office atÂ 904.825.1164 or go to www.limelight-theatre.org

The Best of the Best awarded at Art Assocation

Â  Â  Â St. Augustine, FLÂ â€”Â The St. Augustine Art Association recently presented awards to the “best of the best” in the annualÂ Honors ShowÂ on display at…