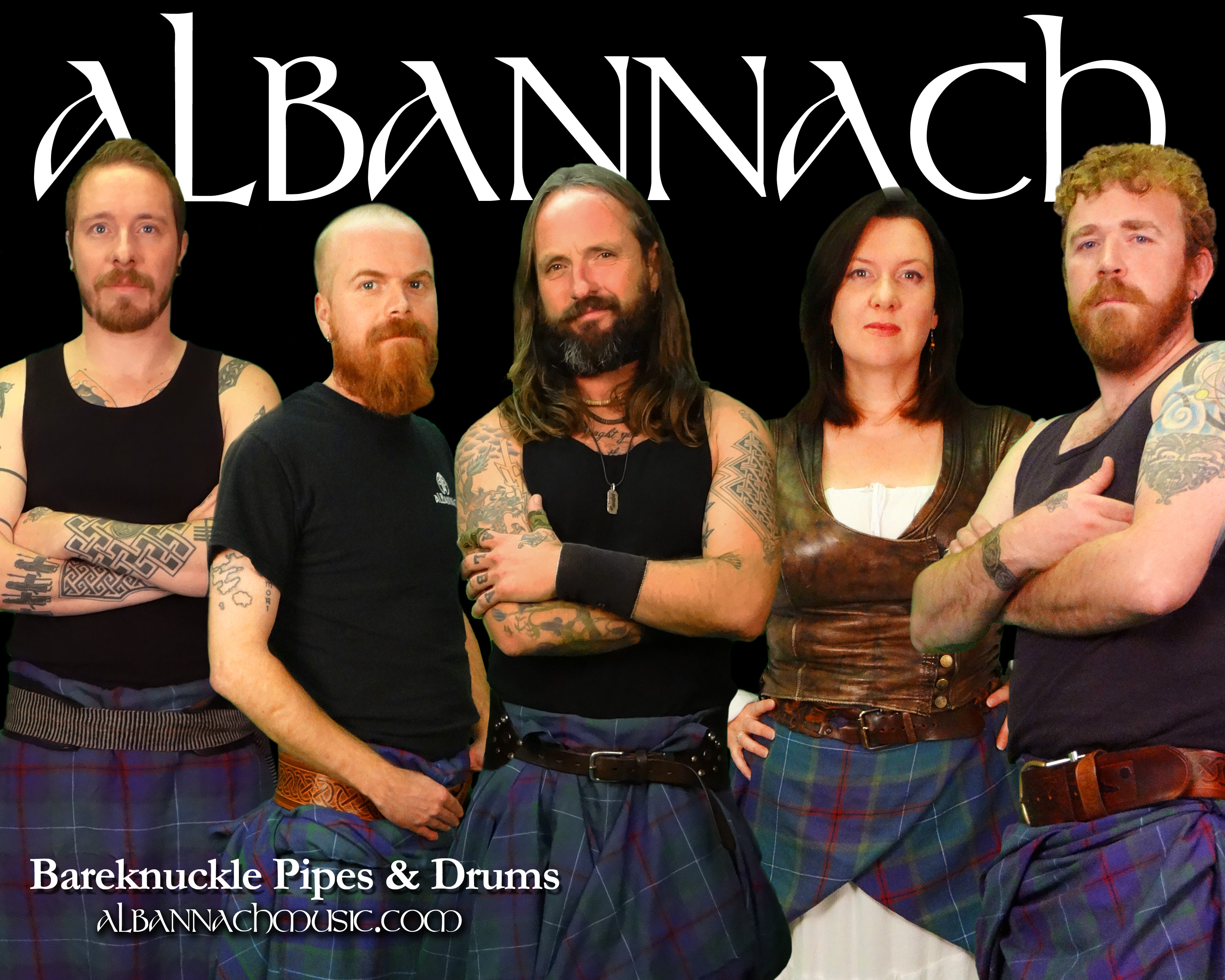 St. Augustine, FL â€” Save the date for March 13-15, when the color green takes over the Ancient City in celebration of St. Patrickâ€™s Day and Celtic culture during one of the biggest festivals in the area â€” the 5th Annual St. Augustine Celtic Music & Heritage Festival.

“The Celtic Festival is arguably the finest collaboration of Celtic artists assembled in theÂ United States,â€ said Albert Syeles, I hiiiÂ Â  hpresident of Romanza St. Augustine, the organization that organizes the event each year.

â€œEach of these bands is an international star in their own right,â€ Syeles said.

The headlining band, Albannach, will return to the festival main stage for an energetic performance by these born-and-bred Scotsmen.

The bandâ€™s music combines the culture, history and heritage of the Scots-Gaelic. Not another Scottish pipes and drums band, this music is exciting and enchanting â€” with an award-winning piper, a main drummer, bass drummers and a bodhran musician â€” bringing a new approach to percussion and Celtic music.

The bands are chosen each year by John Cunningham, the Celtic Festival co-chair. Cunningham and his wife Sherri own Ann Oâ€™Malleyâ€™s Irish Pub in downtown St. Augustine. They also organize the St. Patrickâ€™s Parade.

â€œWe spend a lot of time listening to a massive variety of bands. If there is a band that has played here before, but may not be able to come back, we ask them â€˜Who do you think would fit well hereâ€™.â€

Cunningham said another important factor in choosing bands was making sure that many of the genreâ€™s of Irish, Scottish and Celtic music are represented.

â€œIâ€™m a huge Irish punk fan, but I also spend a considerable amount of time listening to the Canadian Celtic bands like Natalie MacMasters, Ashley MacIssac, Great Big Sea â€” and our new â€˜findâ€™ for this year â€” Poor Angus.â€

The different styles and genres that will represented include Galician, Welsh, Scottish, Irish, Canadian Celtic and American Celtic.

As far as the headliner, Albannah returns as a crowd favorite. This will be the fourth time the band has played the festival.

â€œHaving a Celtic Festival without Albannach is like having cereal without milk,â€ Cunningham said.

â€œThe energy and artistry they bring to a show is beyond description. When they close on Saturday night, and you see folks in their 70â€™s getting up to dance â€“ and theyâ€™ve been there all day â€” youâ€™ll understand some of their energy.â€

Advance general admission tickets are $7, with VIP tickets for $45 special seating, restrooms, bar, T-shirt and other perks. Ticket prices will increase on March 1. To purchase tickets in advance, go to celticstaugustine.com or tickets are available at Ann Oâ€™Malleyâ€™s 23 Orange St., downtown St. Augustine.

For more information about the St. Augustine Music & Heritage Festival, go to celticstaugustine.com.