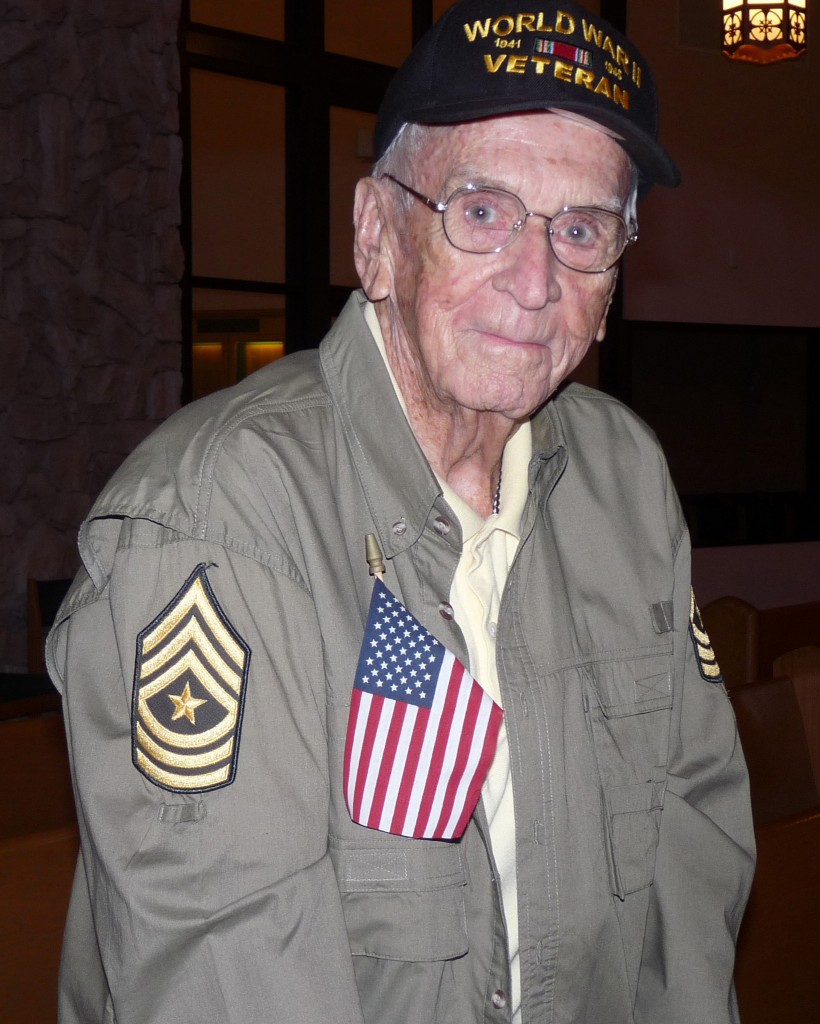 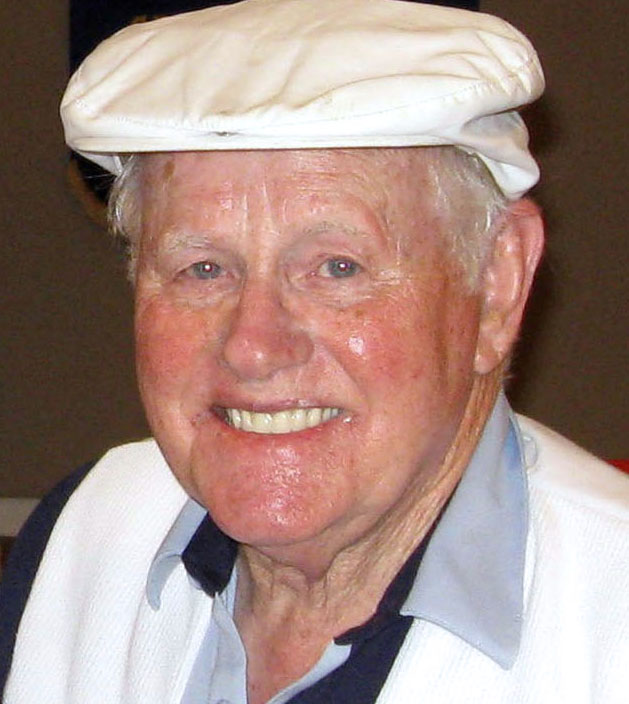 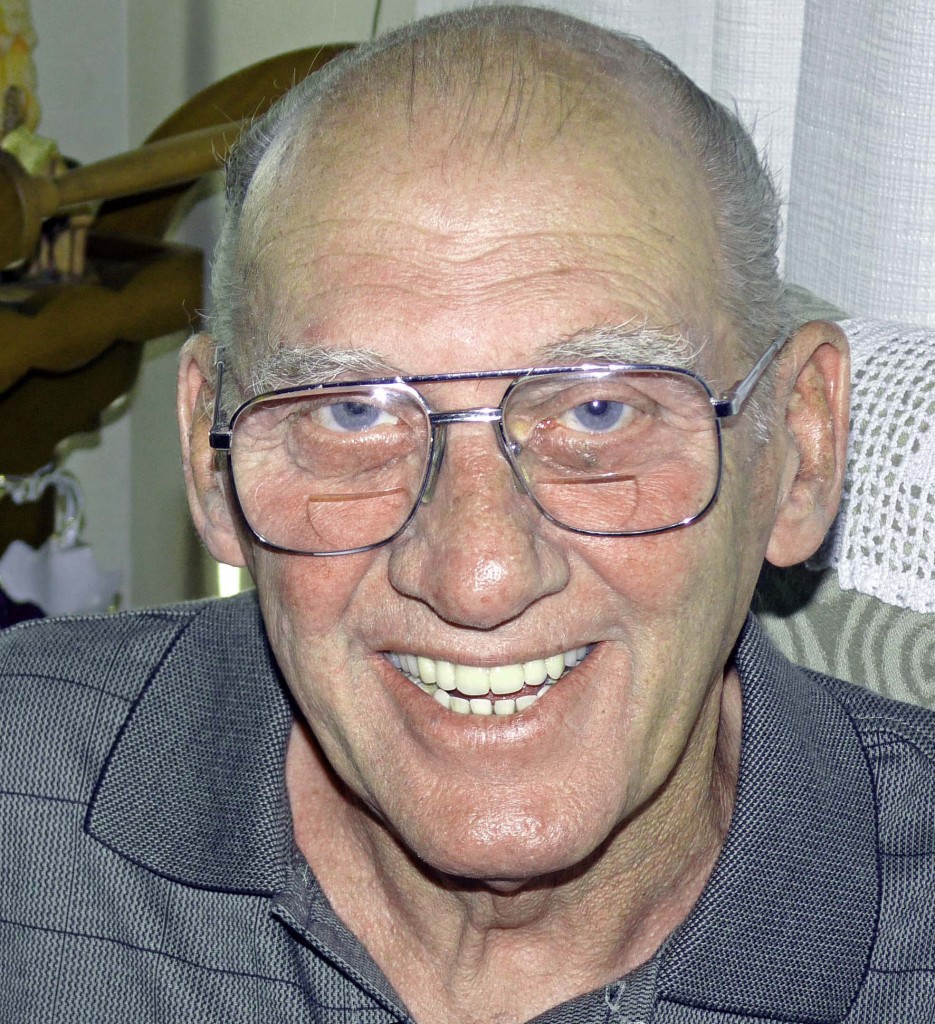 Â There are certain to be many war heroes who have chosen to spend their golden years here on Anastasia Island. These are three of them whom I have gotten to know through the years –whose lives have been driven by history, bravery, adventurous spirits, and the desire to serve:

Eighty-nine year old World War II veteran Bill Murphy was drafted in 1943 shortly after he graduated from high school in St. Louis, Mo. Murphy served in Africa, Italy, France, Germany and Austria as a member of the Texas 36th Combat Division. Because of his bravery, he was awarded two purple hearts, 4 bronze stars and other citations.

In reminiscing about his military career, Murphy recalled an incident during the war when his first sergeant was severely wounded.

â€œAt age 19, I became one of the youngest first sergeants with a command of 180 men,â€ Murphy said from his Anastasia Island home where he resides with his wife Del.

After the war, Murphy pursued a career in baseball and even spent a year with a New York Giants minor league team before moving on to a position with Continental Can Company.

The Murphys have been married for 65 years and are the parents of 5 children including three girls and two boys. They also have 10 grandchildren and 4 great-grandchildren.

Another Anastasia Island resident, John Leahy, originally from County Kerry, Ireland, was among the Irishmen who came to the U. S. to fight in the Korean War. Twenty-nine of his fellow countrymen perished in that war. Because they were not U. S. citizens, their families received no benefits. Leahy, a decorated Korean War Veteran who eventually became an American citizen, relentlessly spent four decades working toward the goal of persuading the U. S. Government to extend the same benefits to the deceased Irishmen as it does to Americans killed in action by awarding posthumous U. S. citizenship to the men from Ireland. Most of the deceased came to the U.S., joined the military, and fought in Korea with the ultimate goal of becoming American citizens.

After years of lobbying the U. S. Congress, Leahyâ€™s efforts paid off. On Dec. 2, 2002, President George Bush signed into law HR 2623, the Schumer Citizenship Bill for Deceased Veterans. With that accomplished, Leahy went on to spearhead the establishment of the Irish Korean War Memorial Headstone at Green-Wood Cemetery in Brooklyn. The memorial centerpiece, dedicated in 2006, includes a green granite stone atop a gray granite base, with a dedication and the names and native counties of the deceased men who were killed in the line of duty. The memorial was funded with private contributions, much coming from Irish-American organizations and by a $10,000 grant from the Irish government.

John Leahy, now in his mid-80â€™s, and his wife Eileen are currently in New York where John is fighting a different kind of battle. He is being treated for leukemia and is undergoing chemotherapy.

Dan Hillâ€™s young life in northern Illinois was full of childhood adventures that flared into a lifetime of dangerous adventures. At the age of 15, Hill forged his birth certificate and enlisted in the United States Army. Hill was fearless in his endeavors. By the time he was 22 he had seen action as a covert sniper in the Hungarian Revolution, a paratrooper during the Lebanon invasion, an infiltrator during the Algerian Revolt, a gunrunner to Cuba, an undercover mercenary in the Congo.

Two tours in Vietnam followed. Later Hill fought with the Mujahedin in Afghanistan against the Russians before going undercover to spy on Islamic and domestic terrorist groups.

During his time in Africa, Hill met British born Rick Rescorla. Throughout their military lives, the two had become best friends and remained best friends after both left the militaryâ€”until Sept. 11, 2001â€”the day Rescorla perished as he was leading more than 2700 Morgan Stanley employees to safety after the terrorist attack on the World Trade Center. After military retirement Rescorla had become the chief of security for Morgan Stanley at its corporate office which was housed from the 44th to the 74th floors of the World Trade Center South Tower.

Ironically, Hill was so proficient in his â€œreadingsâ€ of international terrorism; he had earlier predicted both attacks on the World Trade Center. He and Rescorla had discussed the possibilities on numerous occasions. In fact, Hill was on the phone discussing survival options with Rescorla during the 9/11 attack.

In 2003 Hill, Rescorlaâ€™s widow Susan, and Fred McBee, a friend for over 30 years, formed the Rescorla Memorial Foundation to raise funds to construct a monument to honor Rescorla at the National Infantry Museum at Fort Benning, Ga. That monument was completed and dedicated in 2010.

The story of Hillâ€™s and Rescorlaâ€™s friendship and adventures is the subject of the book, â€œHeart of a Soldier,â€ by Pulitzer Prize award winning author James B. Stewart. The story was featured on the History Channel and also was transformed into an opera which was performed at the San Francisco War Memorial Opera House in 2011on the eve of the 10th anniversary of the World Trade Center attacks.

Now age 76 and retired, Hill is living a less adventurous life with his wife Pat at their home in Crescent Beach. Hill has put his memoirs together into a 722-page autobiography, â€œA life of Blood and Danger,â€ which recently was awarded the Florida Writer Associationâ€™s Royal Palm Literary Award for autobiographies and memoirs.

At least two Veterans Day ceremonies will take place on the Anastasia Island on Nov. 11:

St. Anastasia Catholic Church will hold its 12th annual Veterans Day tribute (Tuesday, Nov. 11) starting with Mass at 9 a.m. A reception will follow in the community center. The Mass will honor our countryâ€™s veterans of all wars, living and deceased. Veterans of all services and those who currently serve in the military are invited to participate. The tribute is open to men and women of all faiths.

Participants are asked to gather in the church narthex by 8:45 a.m. Veterans will be escorted into the church by the Knights of Columbus 4th Degree Color Guard. Military uniforms and/or organization and unit hats are encouraged.

Following Mass, veterans, service men and women and their families are invited to a reception and social sponsored by the Knights of Columbus Council #7121. Refreshments will be served.

The church is located at 5201 A1A South on Anastasia Island. Parking is free and plentiful. Call 471-5364 for information.