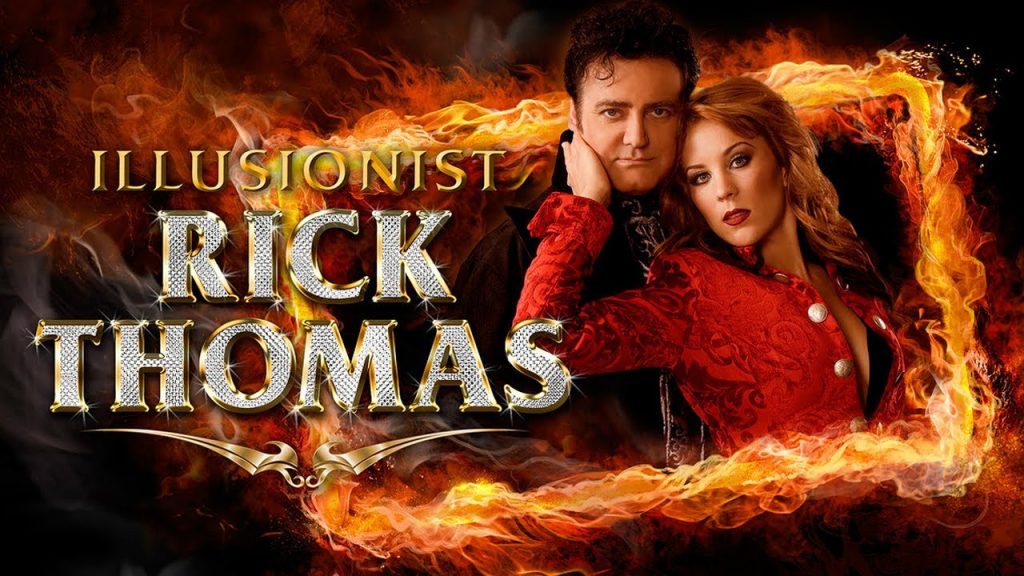 From sold out performances at Caesars Colosseum to headlining the Sydney Opera House in Australia and opening on Broadway this Fall, Rick Thomas continues to entertain thousands of people across the world on both stage and television. 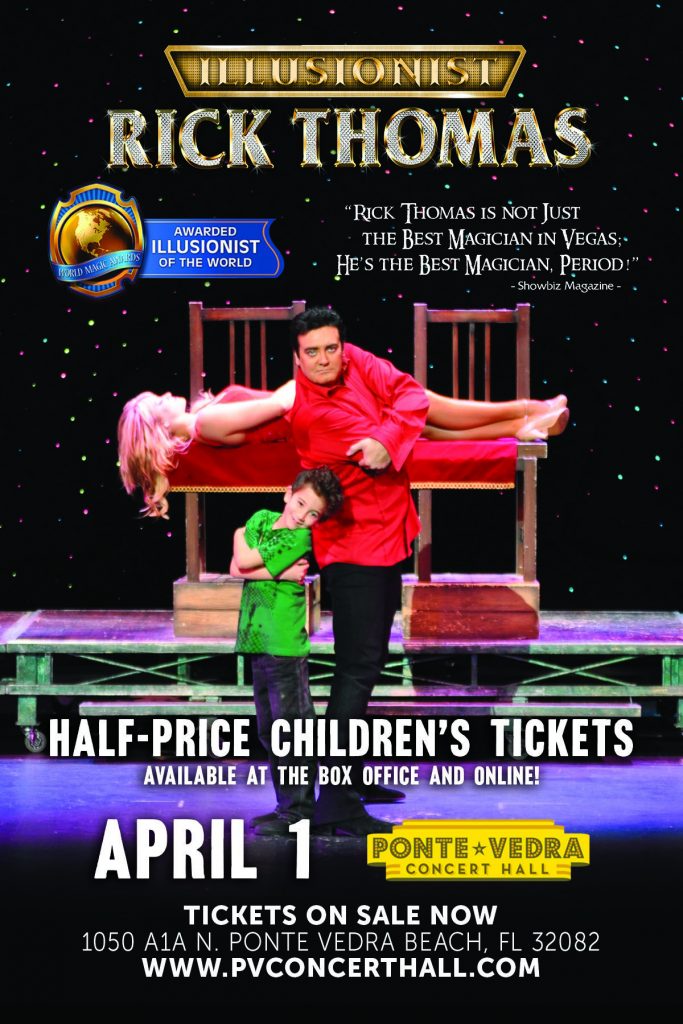 Rick Thomas performs the most intriguing and innovative grand illusions in the world with a style unlike any other magical entertainer. His stage presence is unmatched as he weaves magic, music, comedy and dance into a seamless production. Known for his personality and presentation, he brings imagination, dreams, and action to the stage. Disappearing acts, levitations, and breathtaking illusions – all will be witnessed as part of his imaginative and unforgettable performance. From massive arenas to performing arts centers, theaters and casinos, Rick Thomas continues to headline and sell out venues across the world.

As a premier illusionist, Rick Thomas has many high honors, including the coveted ‘Magician of the Year’ from the Academy of Magical Arts and ‘Stage Magician of the Year’ by the World Magic Awards. He has also performed for 15 years in his own show in Las Vegas and has been featured on numerous national television specials, including the NBC special The World’s Greatest Magic and his own special on ABC that aired throughout Asia. He has also been featured on CBS, The Discovery Channel, MTV, Animal Planet, Hallmark, and the History Channel.

Also, few entertainers have succeeded in Vegas like Rick Thomas. His show has run consecutively for 15 years in the most magnificent theaters on the Las Vegas Strip, performing a staggering 600 shows a year. Thomas is also honored to have become the most successful show for families in the history of Las Vegas. He now tours the world while still maintaining his own hugely successful show at the beautiful Andy Williams Performing Arts Center and Theatre in Branson, Missouri.

Rick Thomas’ accolades and accomplishments are massive because he presents, with unbelievable passion, the finest magical entertainment in the world. His constant dedication to the theme of his show “nothing happens until you dream” has touched hundreds of thousands of people across the world.

Tickets for this seated show go on sale this Friday, August 19 at 10 a.m. Tickets will be available for purchase at the Ponte Vedra Concert Hall and St. Augustine Amphitheatre Box Offices, ticketmaster.com, all Ticketmaster outlets and by phone at (800) 745-3000.

Guinness World Records Â® has confirmed that Ripley’s Believe It Or Not! St. Augustine Odditorium and Ripley’s Red Trains have set a new…