Francesca Bellavista plays Steffy; Stephanie Santiago plays Libby; and Bob Pritchard plays Herb in I Ought to be in Pictures, on stage April 20-May 14 at Limelight Theatre.

St. Augustine, FL — I Ought To Be In Pictures runs April 20 through May 14 on Limelight Theatre’s Koger-Gamache Studio Theatre stage, a 75-seat black box space. This Neil Simon comedy was staged 25 years ago as Limelight’s first show.

The play is directed by Bob Pritchard, who also plays Herb. The cast also includes Stephanie Santiago as Libby, and Francesca Bellavista as Steffy. 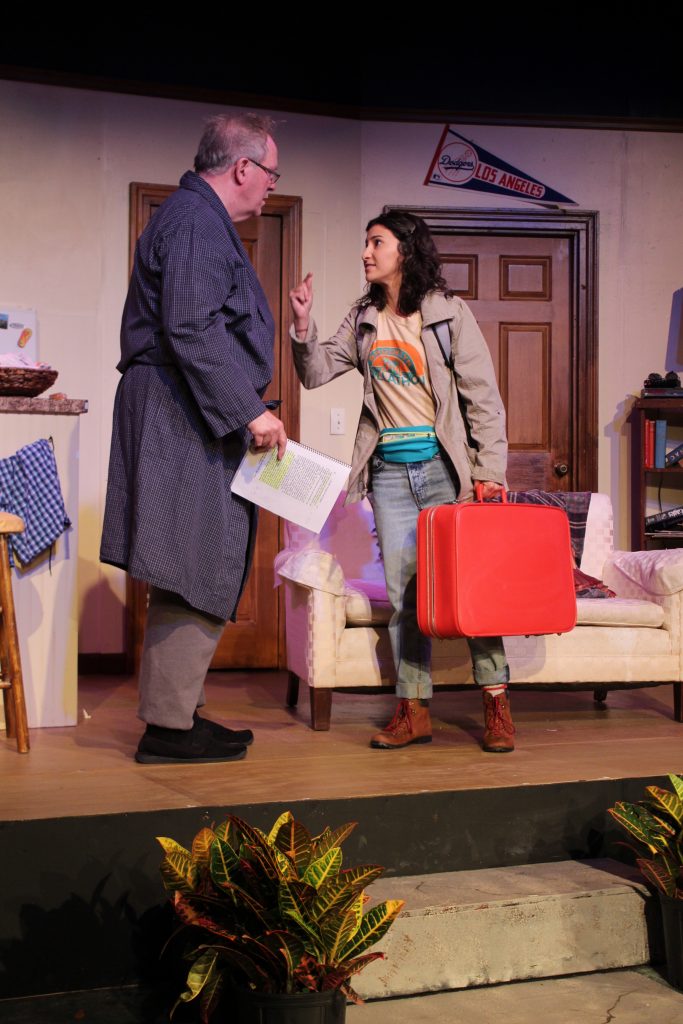 Limelight co-founder Jean Rahner expains how she choose this production 25 years ago.

“I saw a production of I Ought to be in Pictures while vacationing in upstate N.Y. … at a dinner theatre (also saw “Pump Boys and Dinettes”), which we also produced. … I was familiar with the Monson Dinner Theatre (in St. Augustine), having produced and performed in many shows there, before Limelight. Pictures fit the bill. Small cast, simple set … and good dinner theatre fare. That show kind of laid the ground plan for other shows to follow for dinner theatre (fun, small cast, one set. It’s a lovely story, and timely no matter when it is presented,” Rahner said.

“I loved Jean’s idea for this show,” co-founder Anne Kraft said. “It’s character driven and the story is one that everyone can relate to, and that’s my kind of show. Jean asked me to direct it and I was ready to jump in with both feet! We were very fortunate to get a terrific cast who related to each other so very well and we became a real theater family. … It was a HIT and we extended it 3 months beyond our initial plan.”

The 2017 production of I Ought to be in Pictures at Limelight Theatre includes opening night on Friday, April 21 which features complimentary pre-show champagne and a meet-the-cast party following the performance. Show times are 7:30 p.m. Thursday through Saturday, and 2 p.m. Sunday matinees. Tickets are $26 for adults, $24 for seniors, and $20 for military and students. Call 904-825-1164 or choose your seats at limelight-theatre.org