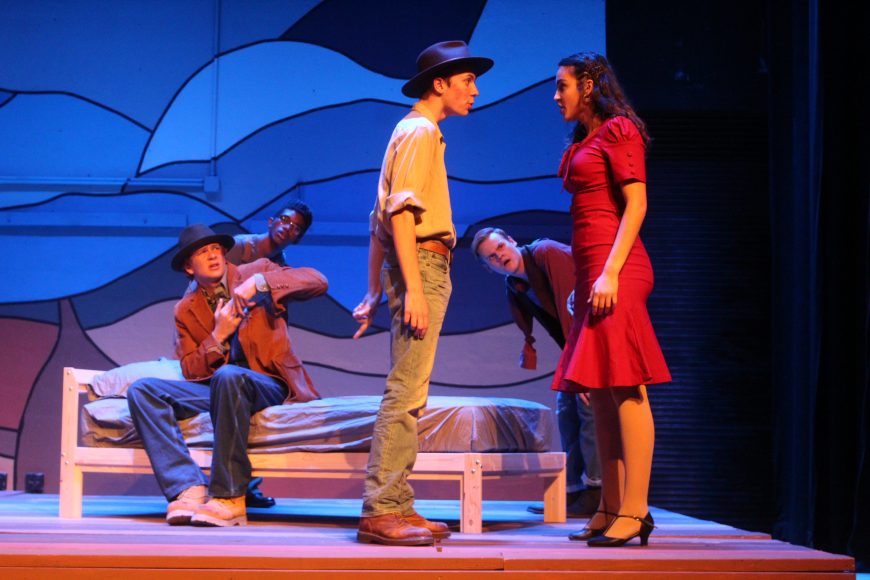 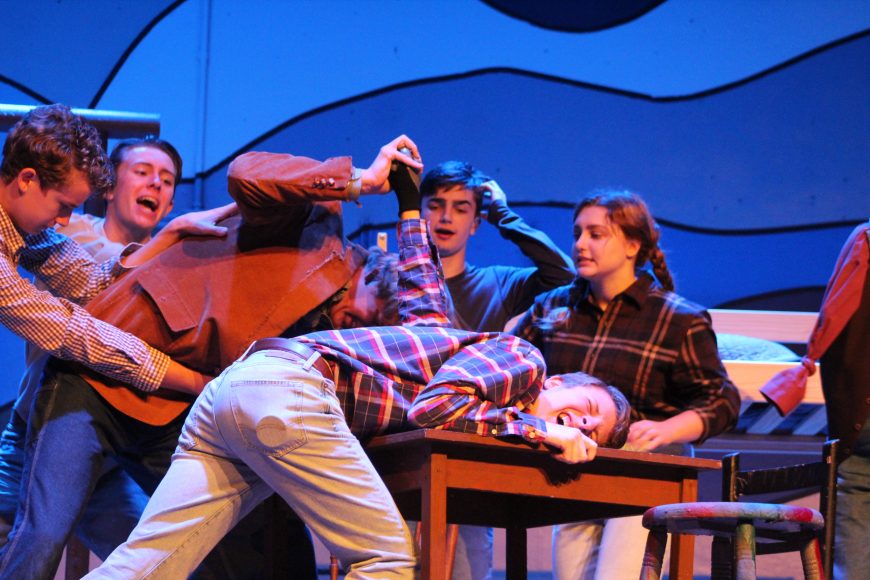 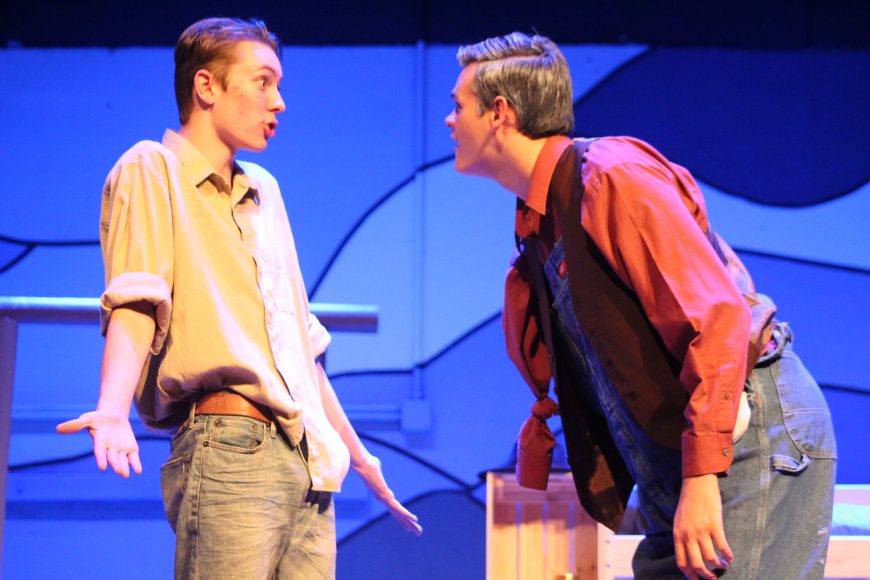 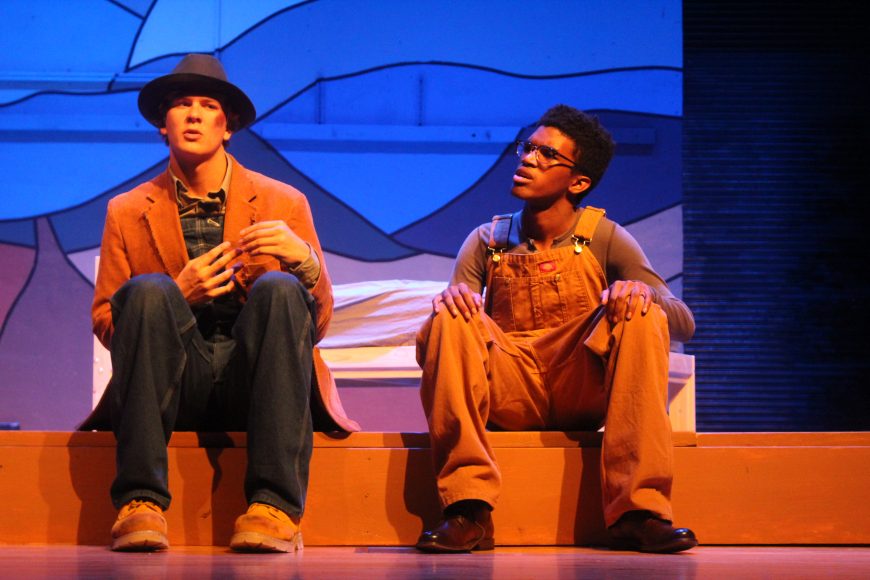 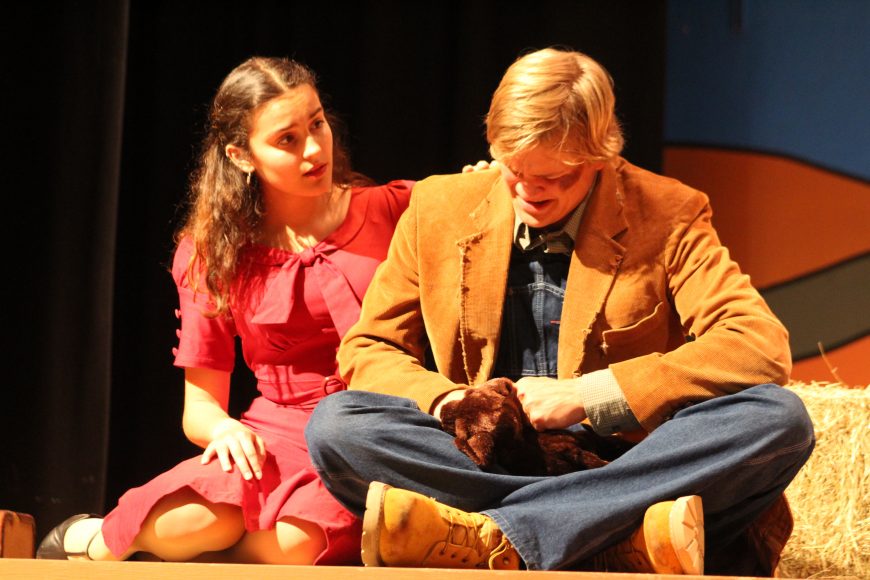 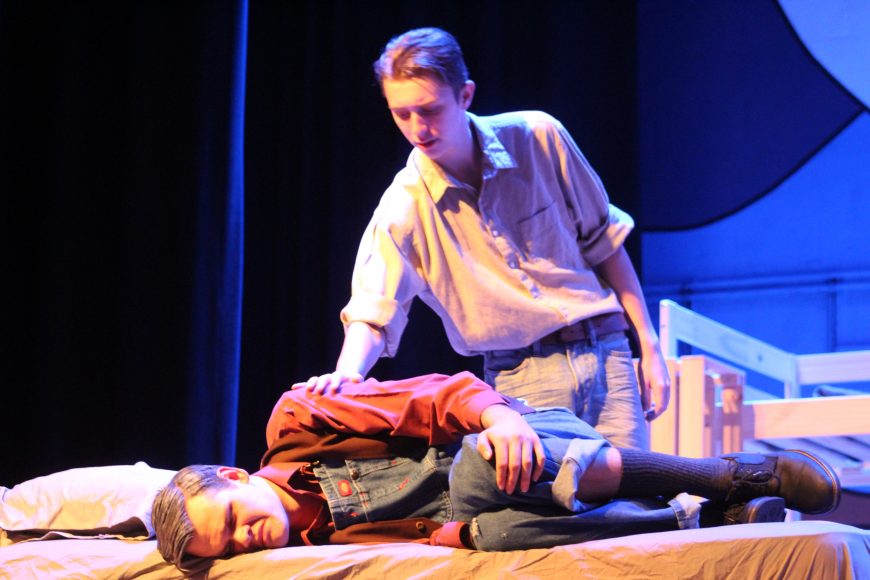 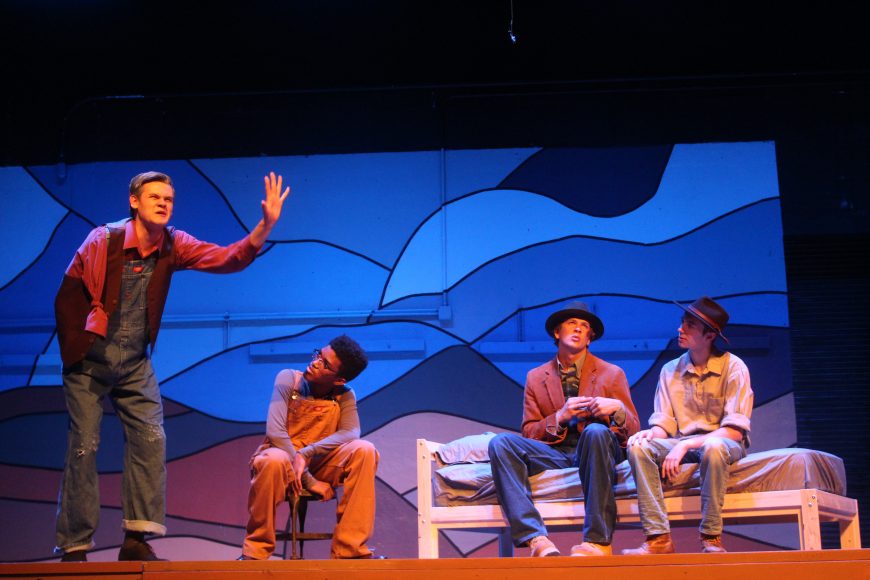 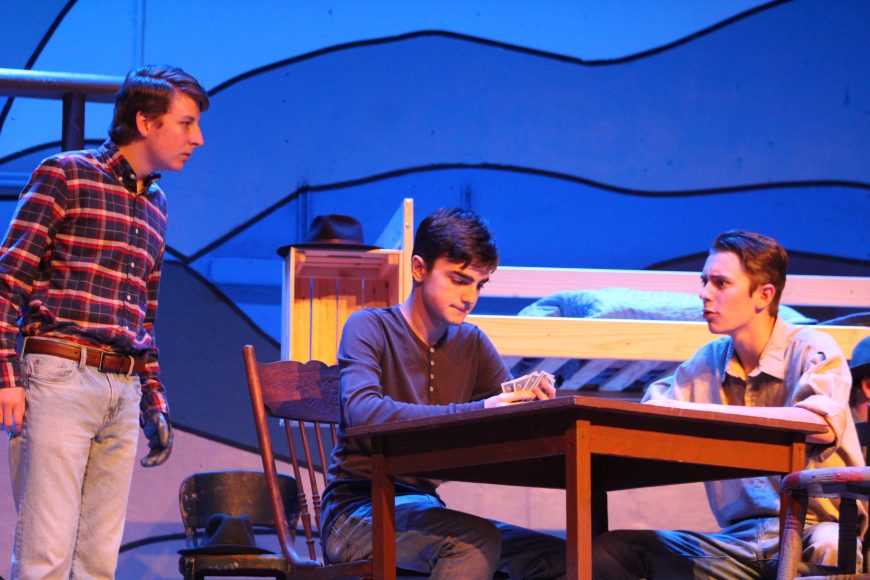 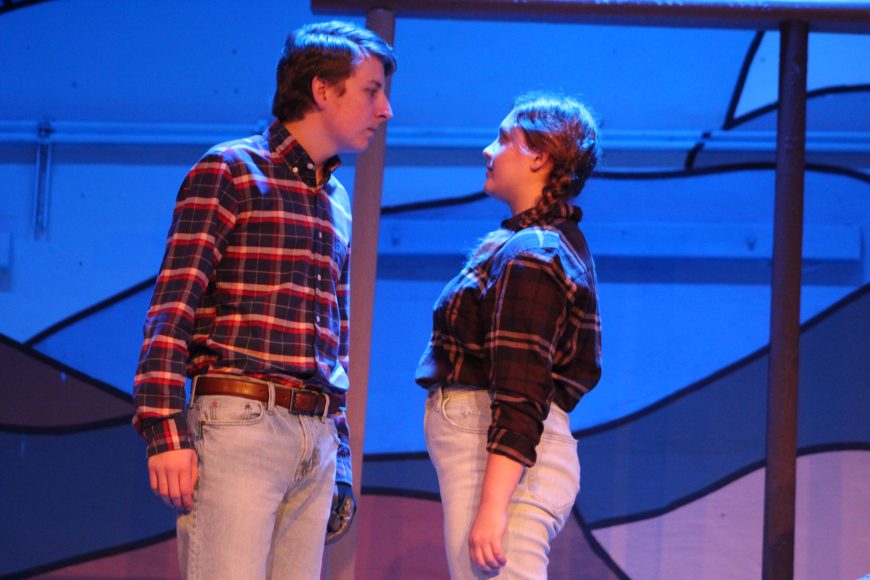 THE STORY: Two drifters, George and his friend Lennie, with delusions of living off the “fat of the land,” have just arrived at a ranch to work for enough money to buy their own place. Lennie is a man-child, a little boy in the body of a dangerously powerful man. It’s Lennie’s obsessions with things soft and cuddly that have made George cautious about who the gentle giant, with his brute strength, associates with. His promise to allow Lennie to “tend to the rabbits” on their future land keeps Lennie calm, amidst distractions, as the overgrown child needs constant reassurance. But when a ranch boss’ promiscuous wife is found dead in the barn with a broken neck, it’s obvious that Lennie, albeit accidentally, killed her. George, now worried about his own safety, knows exactly where Lennie has gone to hide, and he meets him there. Realizing they can’t run away anymore, George is faced with a moral question: How should he deal with Lennie before the ranchers find him and take matters into their own hands?

Of Mice and Men is a play adapted from John Steinbeck’s 1937 novel of the same name. The play, which predates the Tony Awards and the Drama Desk Awards, earned the 1938 New York Drama Critics’ Circle Best Play.