Father Of The Bride, based on the novel written by Edward Streeter and illustrated by Gluyas Williams, is on stage at Limelight Theatre.  This hysterical yet heartwarming tale tells the story of the Banks family and their struggle to plan the perfect June wedding for their beloved daughter Kay, while simultaneously attempting to keep the guest list at a minimum and chaos under control.

The play is directed by Bethany Paolini, most recently seen onstage at The Limelight Theatre in the smash hit, Heathers The Musical, as Heather Chandler.

TICKETS AND SHOWTIMES Regular tickets are $26 for adults; $24 for ages 62 and older; $20 for military and students; and $10 student rush for students with I.D., available 30 minutes prior to curtain for available seats. Preview Night is the first Thursday of each production and is $15 per ticket.

Showtimes are 7:30 p.m. from Thursday – Saturday; and at 2:00 p.m. on Sundays. Advance reservations are encouraged. Tickets are available at limelight-theatre.org or by calling 904-825-1164. 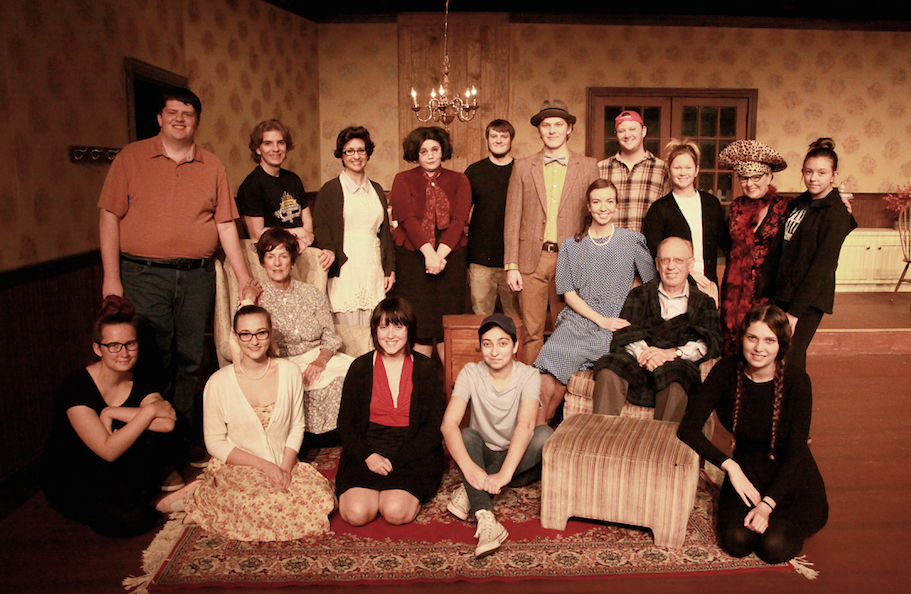 The cast and crew of Father of the Bride, on stage through April 28 at Limelight Theatre.