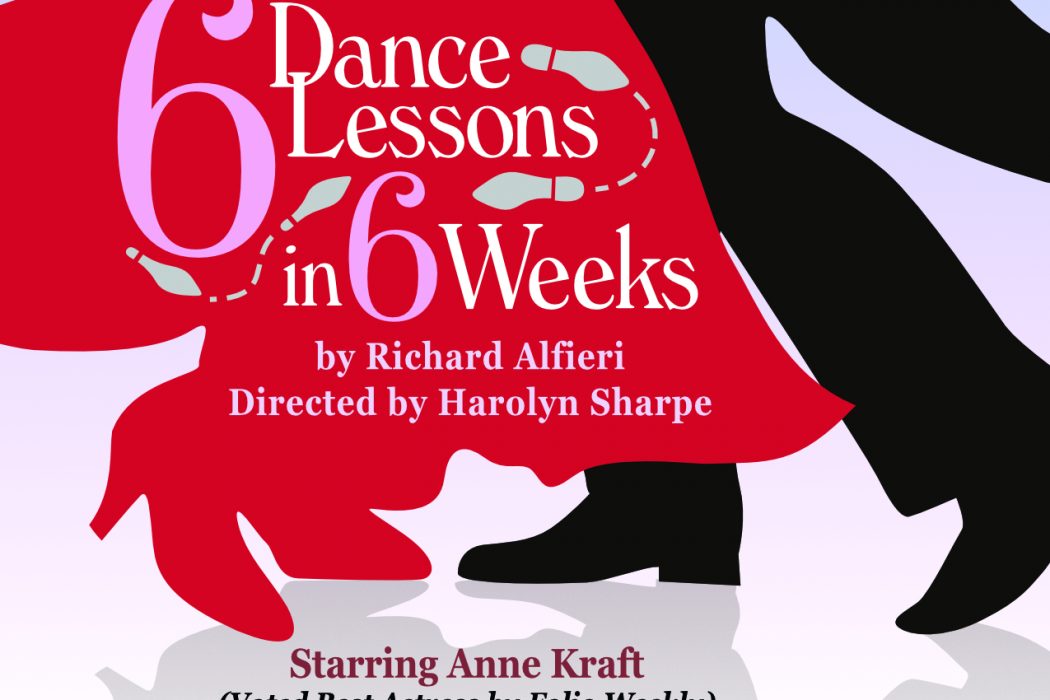 A Classic Theatre presents the international hit play, Six Dance Lessons in Six Weeks by Richard Alfieri and directed by Harolyn Sharpe. The production has a limited run of 3 performances on April 5 and 6 at 7:30 and April 7th at 2:00pm at the Lincolnville Museum and Cultural Center, 102 ML King Ave., Downtown St. Augustine.  A fundraiser for ACT, tickets are $30 and may be purchased at aclassictheatre.org/tickets.  For reservations, call Jan at 904-501-5093.

A formidable retired woman, Lily Harrison (Anne Kraft), hires an acerbic dance instructor, Michael Minetti (Shawn M. White), to give her private dance lessons – one per week for six weeks – in her Gulf-front condo in St. Petersburg Beach, FL.  What begins as an antagonistic relationship turns into a close friendship as they dance together through the Waltz, Swing, Fox Trot and Tango.

Director Harolyn Sharpe is well known in NE Florida as a director, actor and speech coach. A resident of Fleming Island, most of her work has been with Theatre Jacksonville and Florida State College in Jacksonville. Her favorite theatrical endeavors are creating Reader’s Theatre productions for FSCJ.  She previously appeared onstage in A Classic Theatre’s production of Love, Loss and What I Wore and directed last season’s ACT production of Lysistrata. Most recently, Harolyn directed Fox Fire for the Limelight Theatre in St. Augustine.

Ms. Kraft recently won Folio Weekly’s Best of Saint Augustine’s Best Actress. Trained in New York, her recent stage roles in Florida include Joan Didion’s one-woman play, The Year of Magical Thinking; Other Desert Cities, and The Women at City Repertory Theatre in Palm Coast. Her recent directing credits include Nunsense II for the Flagler Playhouse, Love, Loss and What I Wore for A Classic Theatre, and The Owl and the Pussycat for First Coast Opera.  Anne is currently on the boards of A Classic Theatre and Romanza St. Augustine.