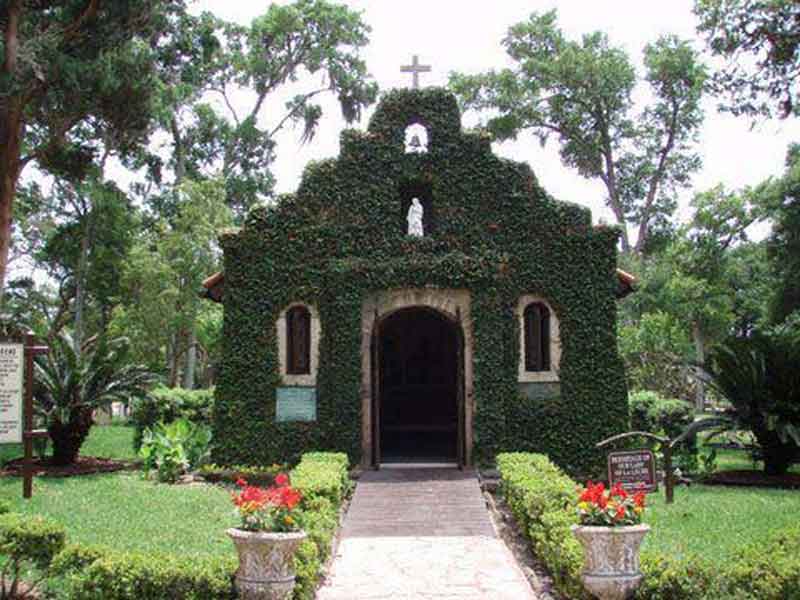 This month, the Diocese of St. Augustine will be looking into the past and the future at its iconic Mission Nombre de Dios and Shrine of Our Lady of La Leche.

A new archaeological dig will begin this week on what is thought to be the first stone building and shrine, highlighting the historical and religious significance of the site that Bishop Felipe Estévez wants to preserve and develop as a destination for pilgrimage and spiritual renewal.

The dig will focus on a building believed to have been built in 1677, predating the Castillo de San Marcos, which was completed in 1695, said Dr. Kathleen Deagan, the University of Florida archaeologist who will lead in the dig.

“There is a letter from the Florida governor in that year bragging about building ‘a shrine to Our Lady like no other,’” Deagan said. “We think this is the building.”

The site was first uncovered in the 1950s by the late Father Charles Spellman, who was director of the mission and an archaeologist, she said. He found artifacts, made a map of the site and wrote up a report but never shared it with the archaeological community. “It got covered up, and everyone forgot about it,” Deagan said.

Then when the archives were moved to St. Augustine in 2009, Father Spellman’s report was found by archivist Sister of St. Joseph Cathy Bitzer.

In 1728, the building was seized by Col. John Palmer, who used it as his headquarters. After the Spanish reclaimed the city, officials destroyed the building and moved the mission south, across Hospital Creek to the area near the Great Cross, Deagan said.

Architect Herschel Shepard, an expert in colonial preservation, will be asked to determine if the footings can be safely left exposed for the public to see. The coquina, which is bonded with lime and sand, might be too fragile to be left exposed, she said. In that case, a digital exhibit will be made for the public.

UF is doing the project in collaboration with Flagler College, where project historian Dr. Timothy Johnson teaches. The Florida Public Archaeology Network at Flagler will help train guides and develop content for the website. A generous grant from the Academy of American Franciscan History together with additional assistance from the St. Augustine Foundation is funding this exciting endeavor.

The dig will be underway at the same time hurricane repairs and construction on a new building is happening.

Joanna Stark, director of the shrine, said the property suffered extensive damage from Hurricane Matthew in 2016 and Hurricane Irma in 2017. Bulkheads along the waterfront are being added and work on the bridge has been scheduled. And, the entrance has a new fence, which will improve security after hours while giving the site more of a presence, she said.

The old gift shop, which was severely damaged by flooding, is being replaced with a new building that will be used for offices and space for spiritual renewal with seating for up to 75, Stark said. The new building should be ready by next spring.

The gift shop, which was moved to the museum building, had its grand opening on August 28, the feast of St. Augustine, and will have online shopping available soon.

“With plans underway to open the excavation of the old church on the “Sacred Acre,” our thoughts are turning now to how we can best educate and accommodate pilgrims and visitors. We want to share the faith history of the founding of St. Augustine, along with the missionary efforts that originated here at Mission Nombre de Dios and extended throughout all of Spanish Florida,” said Stark.

This pie has an Hawaiian surprise