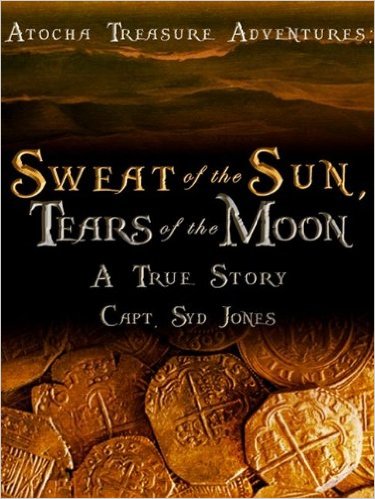 The Saint Augustine Pirate & Treasure Museum is pleased to announce that Syd and KT Budde-Jones, bestselling authors and treasure hunters will be our guests at the museum’s Treasure Shoppe at 4 p.m. Saturday, Sept. 26 for a talk, Q&A, and book signing.

The event will focus on the recent publication, Atocha Treasure Adventures: Sweat of the Sun, Tears of the Moon. The event is FREE to the public.

Captain Budde-Jones joined Mel Fisher’s Golden Crew in 1981 and participated in the archaeological recovery of the treasure from the Nuestra SeÃ±ora de Atocha, the Santa Margarita and the 1715 Plate Fleet., participating in all aspects of the operation.

Her husband Syd Jones is a former captain of Mel Fisher’s salvage vessel, whom was also involved in the salvage operations of the 1715 Fleet.

Both were essential to the daily workings of Fisherâ€™s famous salvage company in Key West, Florida. They presently work restoring and flying World War II bombers and fighters.

Atocha Treasure Adventures is a testament for all who pursue the lost wealth of the sea. Readers get an insight into the themes found in the race for the â€˜mother lodeâ€™ of the Atocha, the richest treasure wreck found in the Western Hemisphere.

The book also contains dozens of previously unpublished photos and eight maps. Copies will be available for purchase at the signing itself.

City offices closed on Memorial Day Offices for the City of St. Augustine will be closed onÂ Monday, May 26Â in observance of Memorial Day, but…