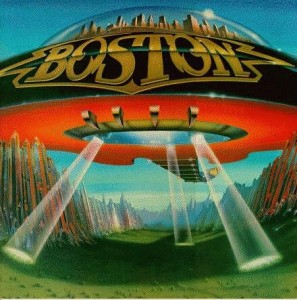 From the St. Augustine Amphitheatre

The classic rock bandÂ Boston will return June 7 to the St. Augustine Amphitheatre, 1340 A1A South. The group last took the stage on July 1, 2012 at the venue.

Although Boston is still active playing and recording today, many listeners associate Boston with the music from their debut album. Ferreting out the origin of those songs, and that sound, explains how the “band” got its first recording contract in 1976. Why is “band” in quotes? Because only two people were actually signed by Epic Records to record the album, Tom Scholz and Brad Delp.

Scholz and Delp wrote all of the songs released on the first album, performed 89-percent of the tracks by overdubbing, and Scholz engineered and produced most of it in a studio he built in his basement. Scholz wrote the first song that would eventually bear the Boston name in 1969 while at MIT. The instrumental, later titled “Foreplay,” also was the first piece of music he had ever written.

Drawing on his engineering background at Polaroid, he cobbled together a rudimentary tape system, and in 1971 he and Masdea recorded “Foreplay” in Masdea’s basement. The 1976 release ofÂ BostonÂ consisted largely of tapes recorded in Scholz’s basement, and shot immediately to the top of the charts, remaining the best-selling pop debut effort in history before it was supplanted by Whitney Houston’s first album in 1986.

Tickets will go on sale at 10 a.m. March 7Â at the St. Augustine Amphitheatre and Ponte Vedra Concert Hall box offices. Guests can enjoy complimentary coffee, snacks and Boston tunes at the Amphitheatre on Friday morning. Save on fees by purchasing tickets at the box office, walk around the venue and scout out a potential seat, and have first pick when the tickets go on sale.

The City of St. Augustine Commissioners canceled the July 4, 2020 fireworks display on Monday, May 11 during a City Commission meeting due to Covid-19.