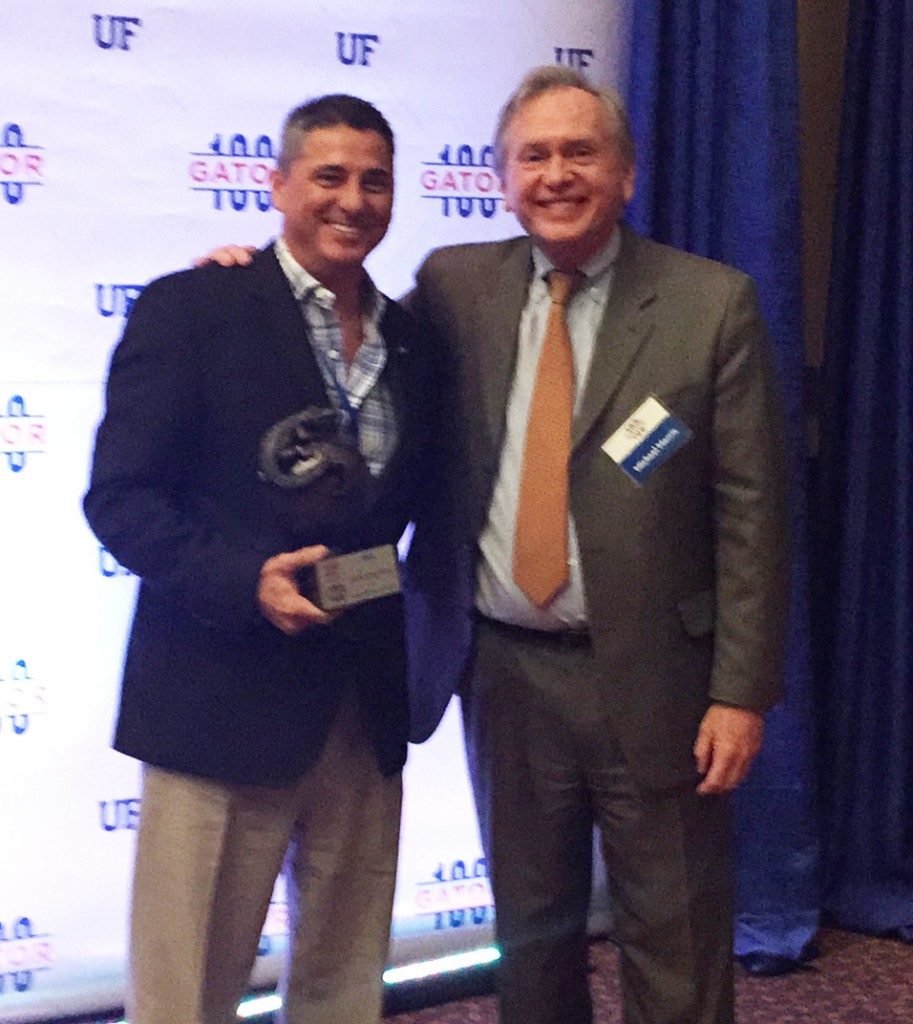 Chip Osborne, left, at the recent University of Florida ceremonies.

St. Augustine resident Chip Osborne is the recipient of The Gator 100, an honor bestowed byÂ  the University of Florida on graduates heading what are considered the 100 fastest-growing Gator-owned or Gator-led businesses in the world.

Osborne, a graduate of St. Augustine High School, is CEO/president of Nation Bus Sales, a nationwide bus sales and service business, founded in California and recently expanded to Florida, with headquarters in St. Augustine.

“The Gator100 is an important initiative that recognizes entrepreneurial excellence,” Dr. Michael Morris, academic director of the entrepreneurship program at Florida, explains. “It is open to any and all companies founded or run by Gator alumni and recognizes those who are achieving growth, innovating and making a difference in their communities.”

Nola Miyasaki, director of Gator StartUps, described Gator100 as exemplifying “one of CEI’s (Center for Entrepreneurship & Innovation) core values of contributing to a vibrant culture of entrepreneurship across our campus and the Gator Nation.”

Osborne, son of Dotty Osborne-Starling and the late Pete Osborne, former news editor of The St. Augustine Record, makes his home in St. Augustine with his wife, Erin, and two children. Osborne’s mother, a former teacher at both St. Augustine High School and St. Joseph Academy, now resides in Panama City with her husband, John.

Free Krispy Kreme for grads: CAPS AND GOWNS … AND DOUGHNUTS!

From www.krispykreme.com  Krispy Kreme has something sweet for high school and college seniors – and their families and friends – who are unable to…