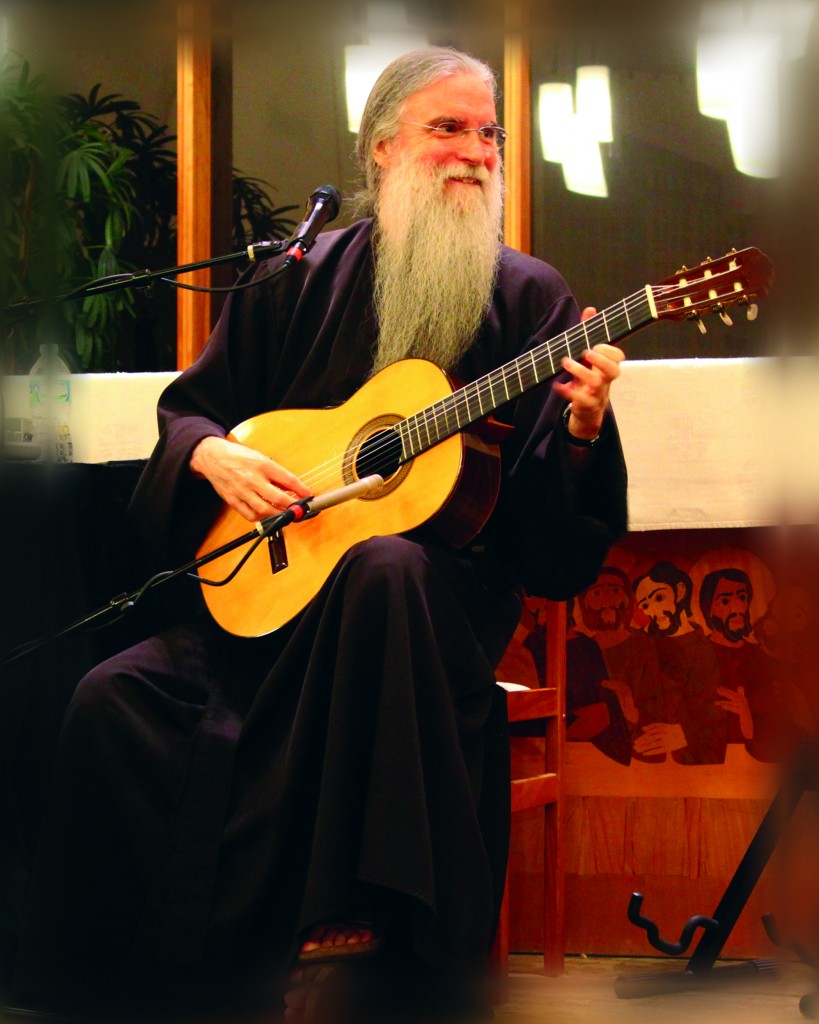 Christian musician and author John Michael Talbot will present three nights of ministry focusing on the theme “All Things Are Possible,” at 7 p.m. March 2, 3 and 4 at St. Anastasia Catholic Church, 5205 A1A South on Anastasia Island. â€œEach evening is unique,â€ the host of the Church Channelâ€™s TV show â€œAll Things Are Possibleâ€ said.

Talbot’s songs were the first by a Catholic artist to cross well-defined boundaries and gain acceptance by Protestant listeners. He is the recipient of the Dove Award for Worship Album of the Year, “Light Eternal,” with producer and longtime friend Phil Perkins. He became one of only nine artists to receive the President’s Merit Award from the National Academy of Recording Arts and Sciences. In 1988 he was named the No. 1 Christian Artist by Billboard magazine.

Talbot’s 24th book, “Blessings of St. Benedict” was published September 2011. In 1980 Talbot founded “The Brothers and Sisters of Charity”, a Catholic-based community of celibate brothers, celibate sisters, singles who can marry, and families, called as a monastic and domestic spiritual family. Members share common work and recreation areas while retaining appropriate separate cloistered areas. The community is located at the Little Portion Hermitage of Berryville, Ark. The programs and parking are free. Call 471-5364 for information.

He was born into aÂ  Methodist family with a musical background in Oklahoma City in 1954. He learned to play the guitar at a young age.Â  At age 15 he dropped out of school and performed as a guitarist for Mason Proffit, a country folk-rock band formed with his older brother Terry. After countless tours and the release of several well received albums (on multiple labels including Warner Brothers), Mason Proffit disbanded and Talbot embarked on a spiritual journey which eventually led him to Fundamentalism and the Jesus Movement.

Talbot started to use his musical talents to express his faith by joining the newly emerging Christian music scene. As a founding artist for Sparrow records he delivered two albums, “John Michael Talbot” and “The New Earth” (both produced by Billy Ray Hearn). His spiritual journey continued throughout his early days at Sparrow and after studying all Christian denominations found that Catholicism spoke to his heart.

Inspired by the life of Saint Francis of Assisi, he began studying at a Franciscan center in Indianapolis where he became a Roman Catholic in 1978. He immersed himself in church history, Patristics, and monastic/Franciscan sources. It was during this time he started the house of prayer called The Little Portion.