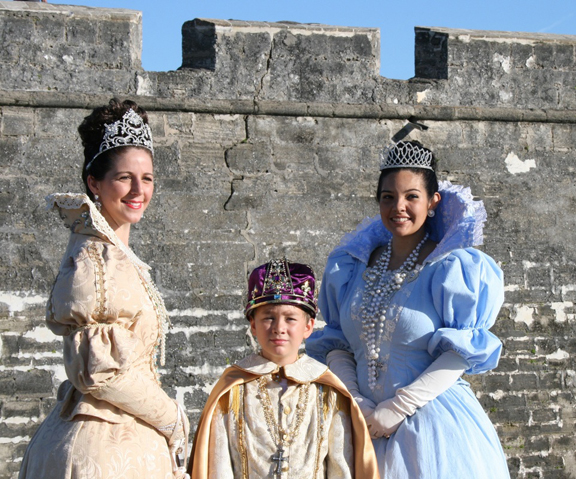 Spanish St. Augustine is taking a cue from the French in February, as the Easter Week Festival hosts a Mardi Gras Party to benefit the yearly Easter Parade.

This first of what is planned to be an annual Mardi Gras Party begins at 6 p.m. Feb. 6 Â at the Old Florida Museum, 259 San Marco Ave. Advance tickets are $40 per person, including one free drink ticket and the buffet dinner. Tickets at the door are $50 per person.

Tickets are available at the Old Florida Museum, from members of the Easter Week Festival or contact Joan Oliveros Taylor, 904-669-8713.

The gala begins with an early bird cocktail party from 6 to 7 p.m. featuring a variety of appetizers. On the bountiful buffet at 7 p.m. will be Â Chicken ‘n Sausage Gumbo and Crawfish Etoufee, with King Cake topping off the evening’s gourmet experience.

For details on the St. Augustine Easter Week Festival go to the Web site, www.oldestcityeaster.org.

The annual Easter Week Festival includes a variety of special events with the major activities on Easter Day and featuring a promenade prior to the yearly parade. The Easter Day parade winds its way through historic St. Augustine, spotlighting horses modeling the latest in Easter finery donated by prominent women of the city, state and nation. Floats, bands, riding units and other entries complete each year’s parade.

Presiding over the festival is the Royal Trio which portrays the ruling family in Spain in 1672, the year construction was begun on St. Augustine’s Castillo de San Marcos. The Royal trio is portrayed by heritage natives, who can trace their roots back to St. Augustine’s founding 450 years ago. They are supported by an entourage of residents who appear in period dress, riding in the yearly parade and participating in the various festival activities hosted during each year’s celebration.