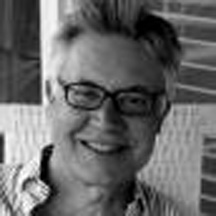 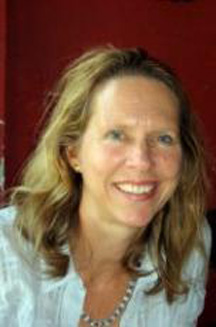 Pulitzer Center Executive Director Jon Sawyer and Contributing Editor Kem Knapp Sawyer will address the challenges of covering global news during a time of web overload at the Flagler College Forum on Government and Public Policy on Jan. 29.

The Sawyers have reported together from India, Bangladesh, Haiti and the Democratic Republic of Congo for outlets that include The Washington Post, The Atlantic, PBS NewsHour and the Christian Science Monitor.

At Flagler, the Sawyers will also discuss their 2014 e-book â€œCongoâ€™s Children,â€ an account of young peopleâ€™s lives in the Democratic Republic of Congo, where many children have had their families torn apart, their schools destroyed, and their futures compromised. The Sawyersâ€™ book explores a remarkable phenomenon: while children are the most vulnerable segment of a broken society, they are also among the most resilient.

Jon Sawyer is executive director of the Pulitzer Center on Crisis Reporting, a non-profit that promotes in-depth engagement with global affairs through its sponsorship of quality international journalism, outreach and education. Sawyer became the centerâ€™s founding director after a 31-year career with the St. Louis Post Dispatch, including 12 years as the newspaperâ€™s Washington bureau chief. He was selected three years in a row for the National Press Clubâ€™s award for best foreign reporting. His work has also been honored by the Overseas Press Club, a national Emmy, Investigative Reporters and Editors, the Inter-American Press Association, and the School of Foreign Service at Georgetown University. Sawyer studied at Yale University, and he has held journalism fellowships at Princeton and Harvard universities.

A graduate of Yale University, Kem Sawyer has taught creative dramatics in elementary schools, English and drama in high schools, and writing in the BFA program at the Corcoran College of Art + Design. She is a contributing editor at the Pulitzer Center, working with journalists and university students on international reporting projects. Her own reporting includes writing on children at risk in Congo, Haiti, Bangladesh, and India. Her books for young readers include â€œRefugees: Seeking a Safe Haven,â€ â€œThe Underground Railroad in American History,â€ â€œLucretia Mott: Friend of Justice,â€ and biographies of Nelson Mandela, Mohandas Gandhi, Anne Frank and Eleanor Roosevelt.

For more than 30 years, the Flagler College Forum on Government and Public Policy has invited nationally-recognized journalists and commentators to St. Augustine to discuss issues of importance in regional, state and federal government. All Forums take place in Lewis Auditorium, 14 Granada St., at 7 p.m. Forums are free and open to the public, but seating is on a first-come, first-served basis. If you are a person with a disability and need reasonable accommodations, please contact Lynn Francisco at 904-819-6460. Sign Language Interpreters are available upon request with a minimum of three daysâ€™ notice. Call (904) 826-8572 or visit http://www.flagler.edu/forum for more information.