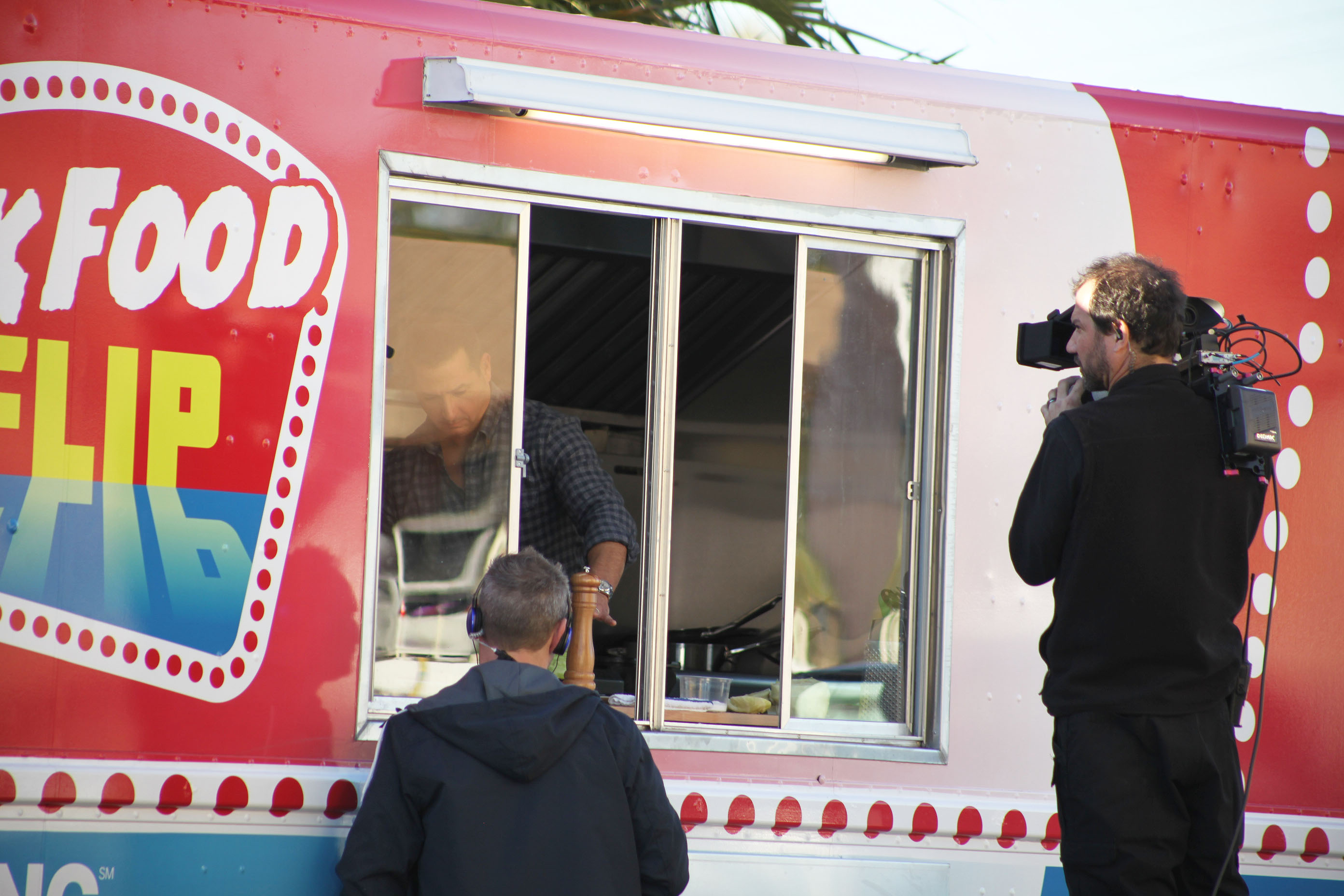 A Cooking Channel film crew is seen on January 27, 2015 in the parking lot of Gas Full Service Restaurant, 9C Anastasia Blvd., on the island in St. Augustine. A show called Junk Food Flip with Bobby Dean (seen in the window) will air at 9 p.m. June 2 on the Cooking Channel. Photos by Renee Unsworth

When you serve mile-high award-winning burgers at your restaurant, you may be asked to be on a TV show. And that’s just what happened to owners of Gas Full Service Restaurant on Anastasia Island in St. Augustine. 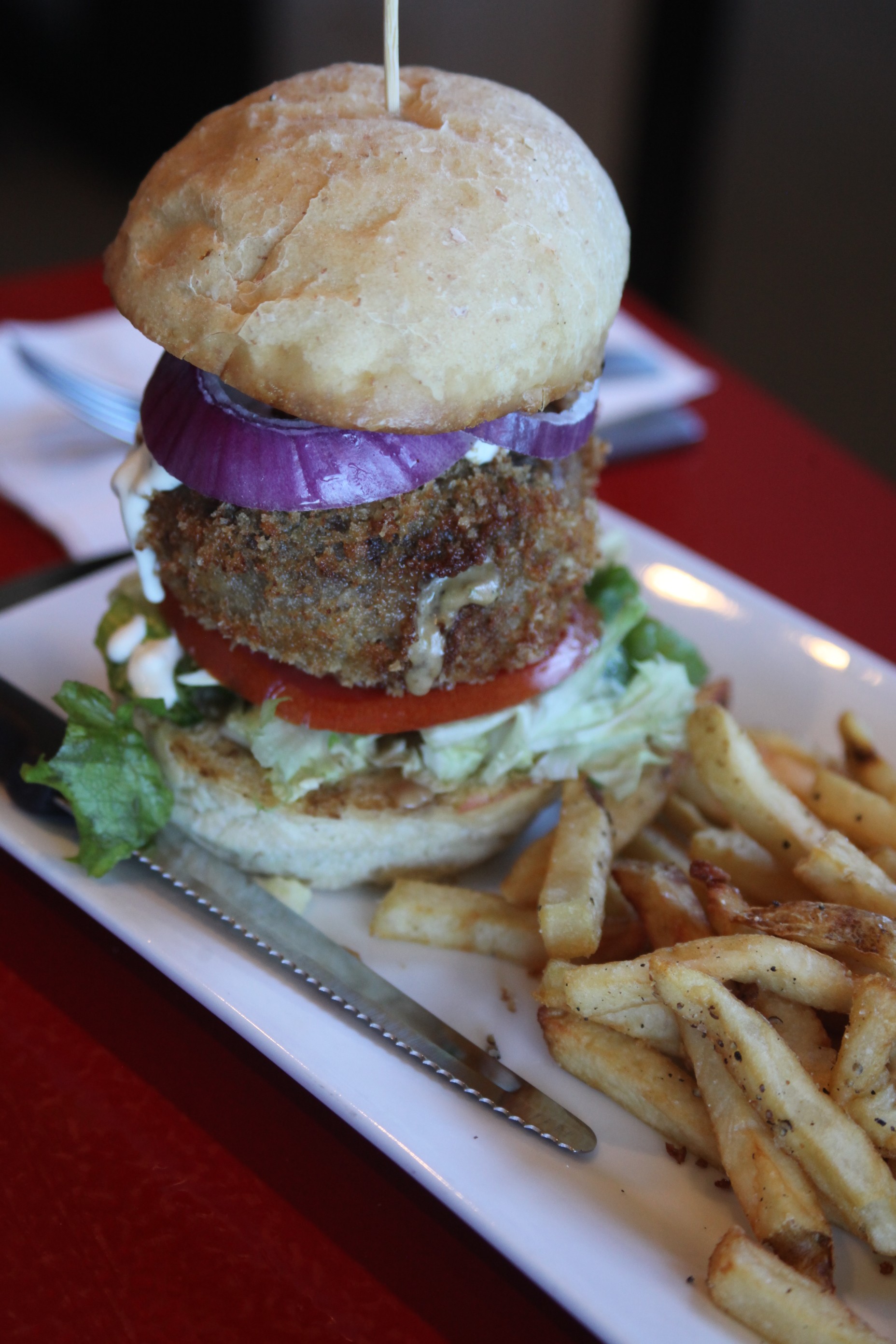 Lindy and her husband Ben Loose (the genius who cooks up the recipes) were contacted in late 2014 about the Cooking Channel’s new show called Junk Food Flip. The restaurant’s jalapeno popper burger was chosen to be “recreated” as a healthier version by show host Nikki Dinki (from Food Network) and Bobby Dean (Paula’s son).

They arrived on January 27, 2015 in a food truck and parked it next to Gas. Dozens of “extras” included St. Augustine locals who were asked to be the “tasters” on the show.

Junk Food Flip will air at 9 p.m. June 2, 2005 on the Cooking Channel. Congrats to the owners and staff! 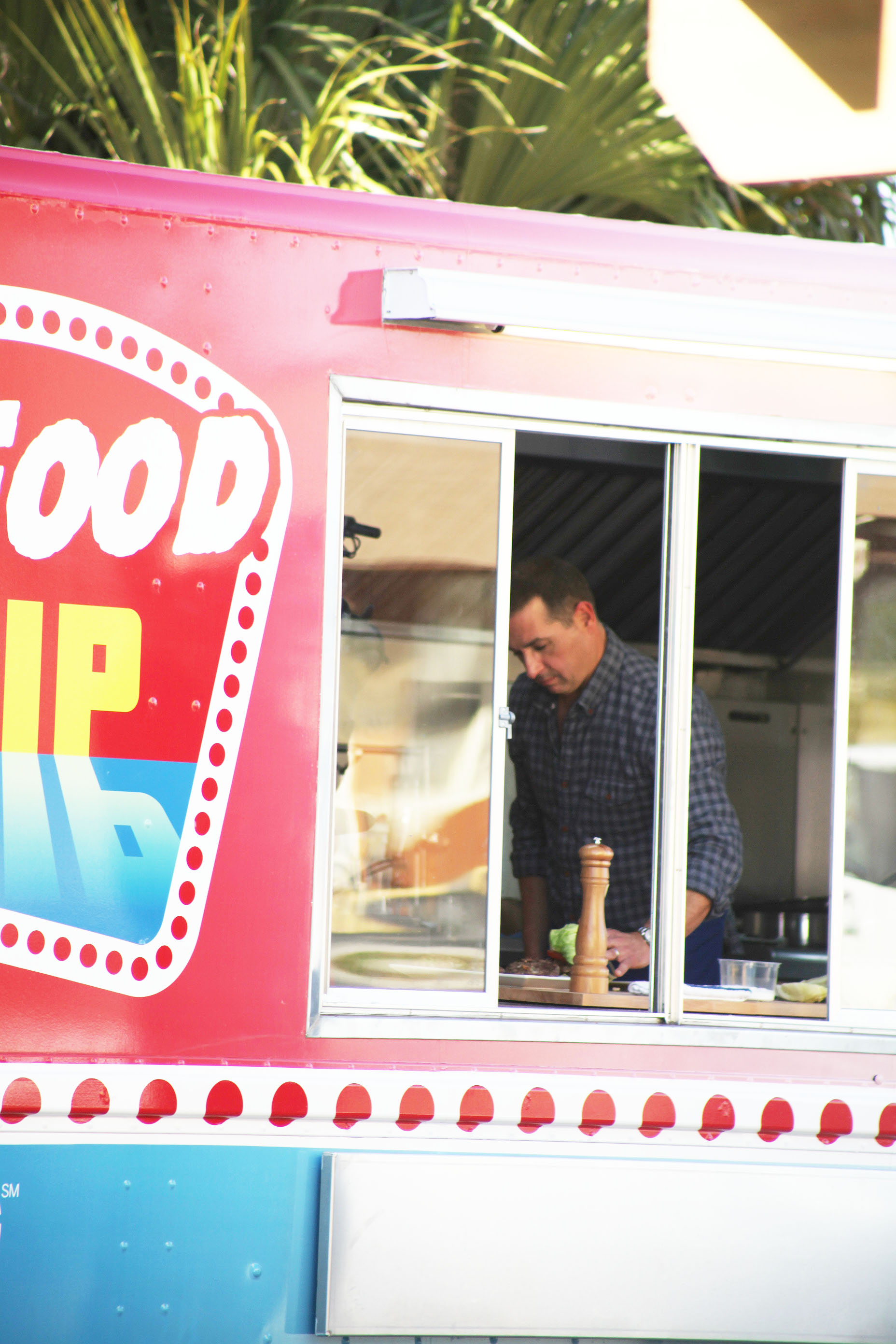 Bobby Dean (Paula’s son) is seen in this photo in January 2015 in the Junk Food Flip truck during filming for the Cooking Channel in the parking lot of Gas Full Service Restaurant in St. Augustine.

“Nubian delight, mysterious and cool, “My heart has re-found its base. “Take me back to love’s golden rule; “I know there’s a happier place….