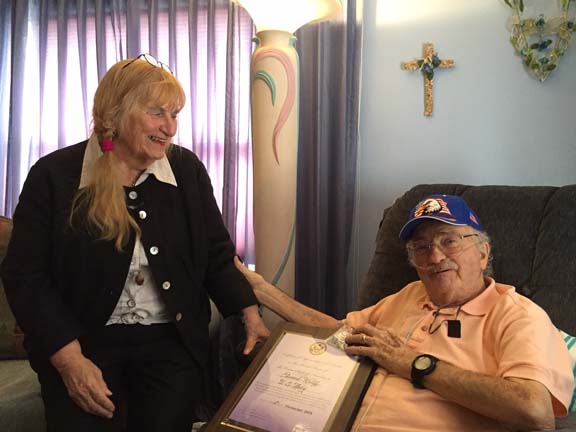 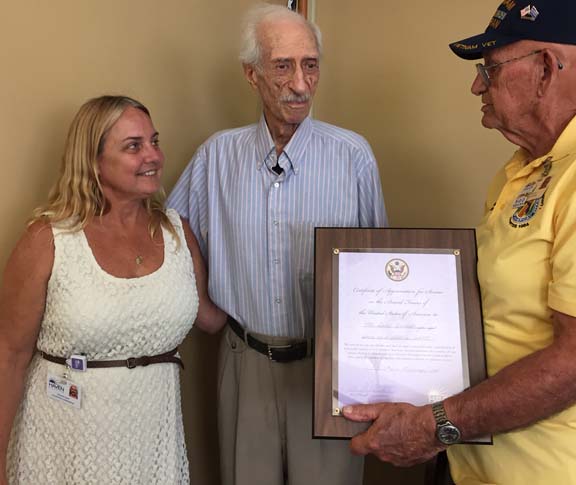 Ormont served in the United States (U.S.) Army Air Corps during World War II as a bomber pilot. â€œBern told us that one of his proudest moments occurred when he had to ditch his bomber in the ocean after sustaining significant damage. He and his crew all survived,â€ said St. Augustine Patient Care Manager Cheryl Levesque. â€œBern was the recipient of many medals including the Purple Heart.â€

Wolff, who served in the U.S. Navy during the Korean War on an aircraft carrier, proudly wore his Korean War Veteran cap during the ceremony which was attended by his wife, Carol, of 64 years.

The Haven Hospice Pinning Ceremony for veteran patients includes a veteran pin, a thank you card signed by the staff and a certificate of appreciation from Haven Hospice which are all presented by volunteer veterans.Â  The presentation ends with a salute to the veteranâ€™s service.