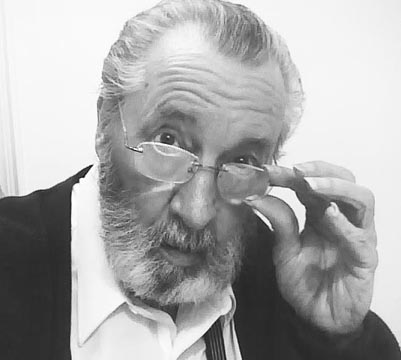 “Nubian delight, mysterious and cool,
“My heart has re-found its base.
“Take me back to love’s golden rule;
“I know there’s a happier place.
“Cruel memories I can now erase.
“While some might live in the dark soul of pain,
“You are my hope and my balm.
“Revisiting your view of forever again,
“That I see through your eyes of calm;
“That I feel–here–in your open palm.”
â€”Â NOW FEEL, NOW HEAL
(“Now Feel, Now Heal” is from the book Rare Cryptic Dreams by HR Mulkey. Book signing informationÂ is at the end of this post.)
By HOLLY MULKEY
Lincolnville Columnist
Â  Â  Â  An unintended consequence of the Civil Rights Act was the loosening of family ties in Lincolnville. Throughout history, certain groups of humanity have been selected for repression or sequestration by other, not always larger, groups. Suffice it to say, these segregated peoples turned inward for comfort, trust and even inspiration. In the twenty years I’ve interviewed people for this andÂ similar columns about our community, I’ve found more familial cohesion from those who witnessed the signing than those born since June 20, 1964.
Â  Â  Â It is said that before Jim Crow was abolished, a person could be born in Lincolnville, live a long life here, and never need set foot outside the community. Stores for every need, including the classic teen hangout, were here. One such was The Iceburg Restaurant, home of what was, arguably, the best ice cream ever blended, Satin Finish. Without doubt, Martin Luther King, Jr. had a scoop, as he stood in The Iceburg listening to the passage of the Civil Rights Act that fateful day.

Martin Luther King, Jr. giving the Victory sign on June 20, 1964 in The Iceburg.
Â  Â  Â Around the corner, down what is now MLK Avenue, intersecting DeHaven Street, stands another vintage building called the Corner Market Plaza. Built as a confectionary and sundries store in the 1920s, a DeHaven entrance was added, leading to a pool hall which subsequently became Tony Smith’s Barber Shop. Lincolnville’s Master Barber to all ethnicities, Tony is the son of George and Ollie Smith, lifetime residents of the Oldest City. Ollie is a physical therapist, her husband was an industrial arts engineer at the D&B School. Recently, their grandson, Kris, opened a clothing boutique, with fellow artist, Shawn Thomas, in the front of this quaint single story plaza.
Â  Â  Â Kris’ mother, the “Beet Lady of Lincolnville” says it is “New York chic, crisp, with an earthy, friendly, funky vintage vibe! Yes!”

Nykol Smith “The Beet Lady” at Corner Market Plaza
Â  Â  Â Nykol SmithÂ (And the Beet goes on) is, in fact, the philosophical glue that binds these diverse enterprises together. With decades in marketing and the energy level of a super nova, sheÂ (To paraphrase Jack Kerouac) “… runs everywhere, never speaking a dull word, and goesÂ POP acrossÂ the sky like a shower of fireworks, while the crowd says,’AWWW!”
Â  Â  Â In the warmth of her food market, art gallery and libraryÂ â€”Â access on DeHaven StreetÂ â€”Â you can munch on decadent homemade desserts like chocolate pineapple upside down bread pudding, homemade chocolate truffles and royal marshmallow explosions, while listening to Nykol talk about her “Project Dream Catcher,” where neighborhood children willÂ stop by on their way home from schoolÂ to tend healthy organic gardens, which they, themselves, will haveÂ planted.
Â  Â  Â Or, some weekends,Â you might have a soda pop and snack and listen to live music while Tony or one of his skilled stylists works their magic on your hair. Recently it was the smooth jazz sounds of Skye.
Â  Â  Â  Nykol has an amazing number ofÂ the basic foodÂ staples in her petite market. She, herself, tends toward organic and gluten free products, so choices are surprisingly diverse. She has a cash only policy, but there is an ATM on site. And the EBT plan is in the works.
Â  Â  Her hours areÂ TuesdayÂ throughÂ Saturday, 10:30-5:30pm. Drop in, ask her about the “Beet Lady Saga.” The Corner Market Plaza… in a societyÂ  with less and less familial oversight, a wholesome place for the kids to drop in on their way home from school.
* * * * *
Â  Â  Â  Rosamond Parrish has closed her studio on Charlotte Street and will open a gallery on Riberia later this summer. Her celebrated book, “Lincolnville, A Sketchbook Journal,” is still available at Anastasia Books, Ice Plant, Lightner, Dow Museum, VIC and Oldest House Gift Shops. $25.00 per volume. Her watercolor technique is masterful. My copyÂ lies on the parlor coffee table alongside David Nolan’s “Houses of St. Augustine.”
Â  Â  Â  WillÂ share with youÂ when I hear further about Parrish’s new gallery.
* * * * *
Book signings of Rare Cryptic Dreams by HR MulkeyÂ are at

Afternoon High Tea is planned from 2:30 to 4 p.m. Jan. 28 in the manner of Downton Abbey. Donation is $25 per person. Reservations…