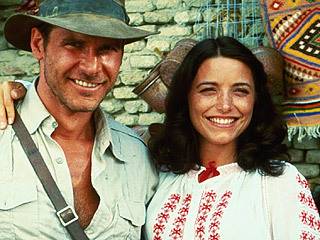 The Saint Augustine Film Festival will screen Raiders of the Lost Ark as a fundraiser for St. Johns County Center for the Arts at St. Augustine High School.

Actor Karen Allen will introduce the film and will offer a Q&A following the screening!

Karen Allen also will be screening many of her films at the St. Augustine Film Festival, including her directorial debut, A Tree. A Rock. A Cloud.

$5 admission at the door. No advance tickets St. Augustine musicians Chelsea Saddler and Shea Birney will be on stage from 6 to 8 p.m. Sunday, February 25…