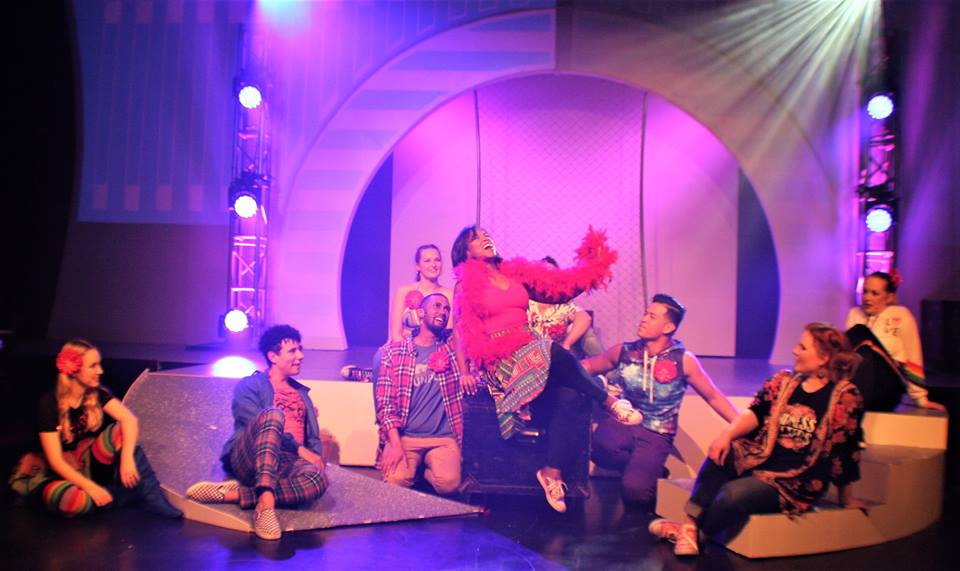 Jacksonville, FL – In late 2009, the Alhambra Dinner Theater was purchased by a group of Jacksonville business people as a way to save the iconic theater from closing permanently. What set out to be a short journey and a labor of love, turned into a passion for Craig Smith and Theatre Partners, LLC as they kick off their tenth season at the helm of what is now the Alhambra Theatre & Dining — the longest running dinner theater in America!

The Alhambra, as it is more commonly known locally, will launch its 52nd season on January 11 with the Broadway and pop culture hit, Godspell.

Godspell was the first major musical theatre offering from three-time Grammy and Academy Award winner, Stephen Schwartz (Wicked, Pippin, Children of Eden), and it took the world by storm.

Led by the international hit, “Day by Day,” Godspell features a parade of beloved songs, including “Prepare Ye the Way of the Lord,” “Learn Your Lessons Well,” “All for the Best,” “All Good Gifts,” “Turn Back, O Man” and “By My Side.”

The story revolves around a small group of high school students who help the main character, “Jesus Christ,” tell different parables by using a wide variety of games, storytelling techniques and hefty doses of comic timing. An eclectic blend of songs, ranging in style from pop to vaudeville, is employed as the story of Jesus’ life dances across the stage. Dissolving hauntingly into the Last Supper and the Crucifixion, Jesus’ messages of kindness, tolerance and love come vibrantly to life.

Boasting a score with chart topping songs, a book by a visionary playwright (John-Michael Tebelak) and a feature film, Godspell is a sensation that continues to touch audiences. The musical is structured as a series of parables, primarily based on the Gospel of Matthew. The parables are interspersed with music set primarily to lyrics from traditional hymns, with the passion of Christ appearing briefly near the end of the show.

Godspell began as a project by the drama students at Carnegie Mellon University, then moved to the off-off-Broadway theater La MaMa Experimental Theatre Club in the East Village of Manhattan. The show was then re-scored for an off-Broadway production, which became a long-running success.  Several cast albums have been released over the years. “Day by Day,” from the original cast album, reached #13 on the Billboard pop singles chart in the summer of 1972.

Godspell is on stage from January 9, 2019 through February 10, 2019.  The Alhambra Theatre & Dining is located at 12000 Beach Blvd, Jacksonville, FL. Alhambra tickets start at just $38 and include a three-course meal that changes for each show, a Broadway-style performance and complimentary parking. Tickets can be purchases on line at www.alhambrajax.com or by calling 904.641.1212.

Lifetime Ministry Sabbath Church is moving to a new location. Effective June 6, services will be held at 2790 County Road 13A South,…