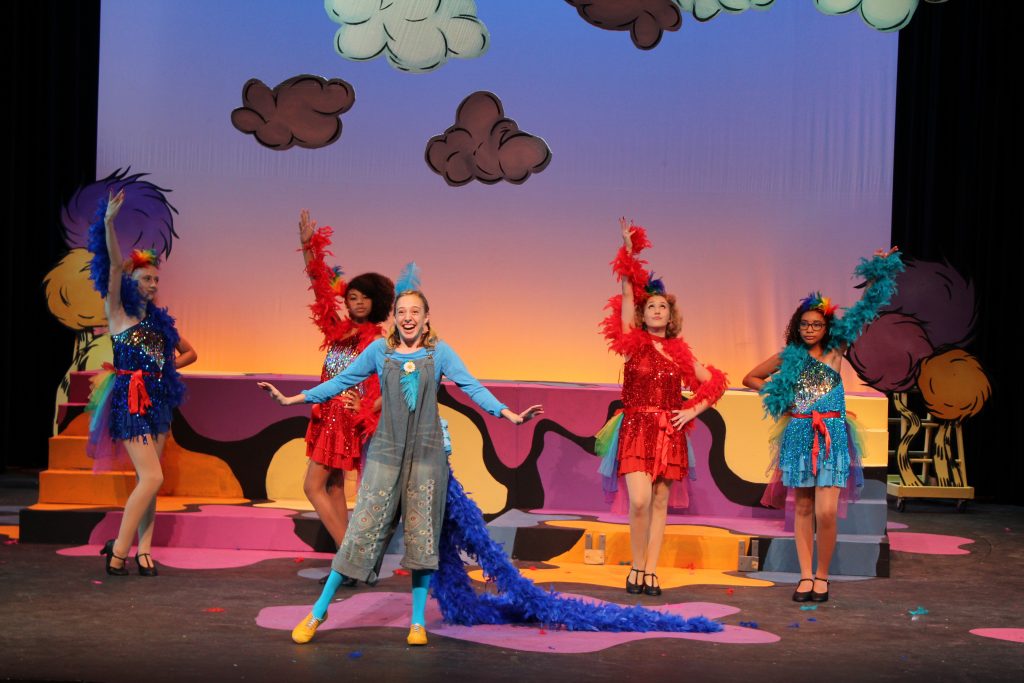 Students are on stage July 27-29 in Seussical the Musical at Flagler College. Photos by Renee Unsworth 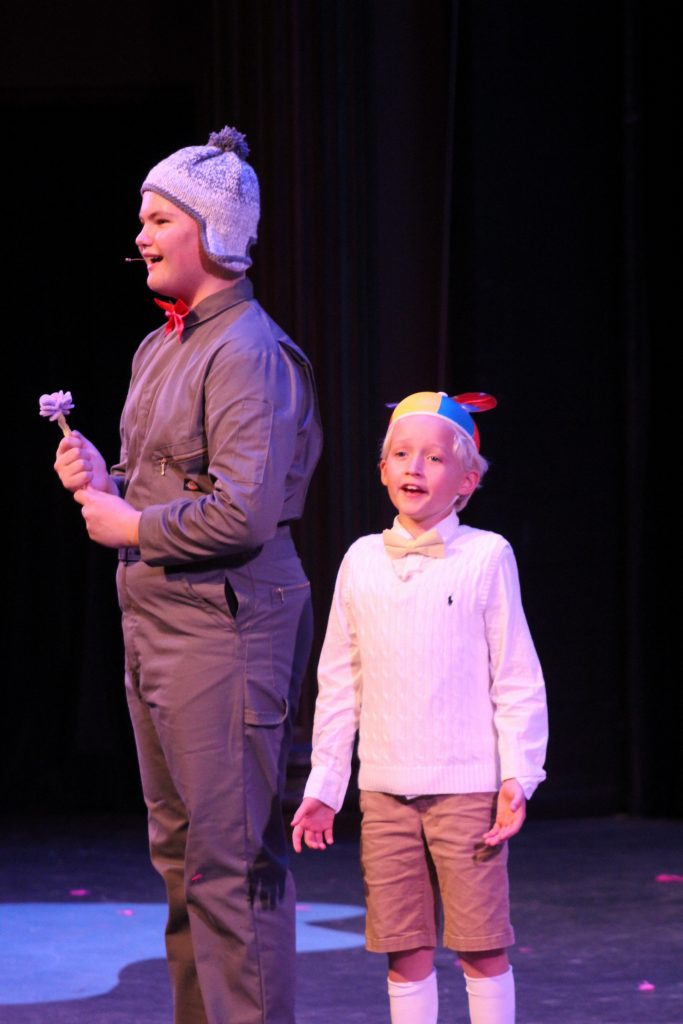 The Summer Musical TheatreCamp continues its twenty-fourth season with two theatrical productions this week.  Seussical the Musical and the musical The Pinocchio Show will be performed at Lewis Auditorium on the campus of Flagler College.

The middle school / high school crossover camp cast will present the musical Seussical the Musical. Now one of the most performed shows in America, Seussical is a fantastical, magical, musical extravaganza! Tony winners, Lynn Ahrens and Stephen Flaherty (Lucky Stiff, My Favorite Year, Once on This Island, Ragtime), have lovingly brought to life all of our favorite Dr. Seuss characters, including Horton the Elephant, The Cat in the Hat, Gertrude McFuzz, lazy Mayzie and a little boy with a big imagination – Jojo. The colorful characters transport us from the Jungle of Nool to the Circus McGurkus to the invisible world of the Whos. 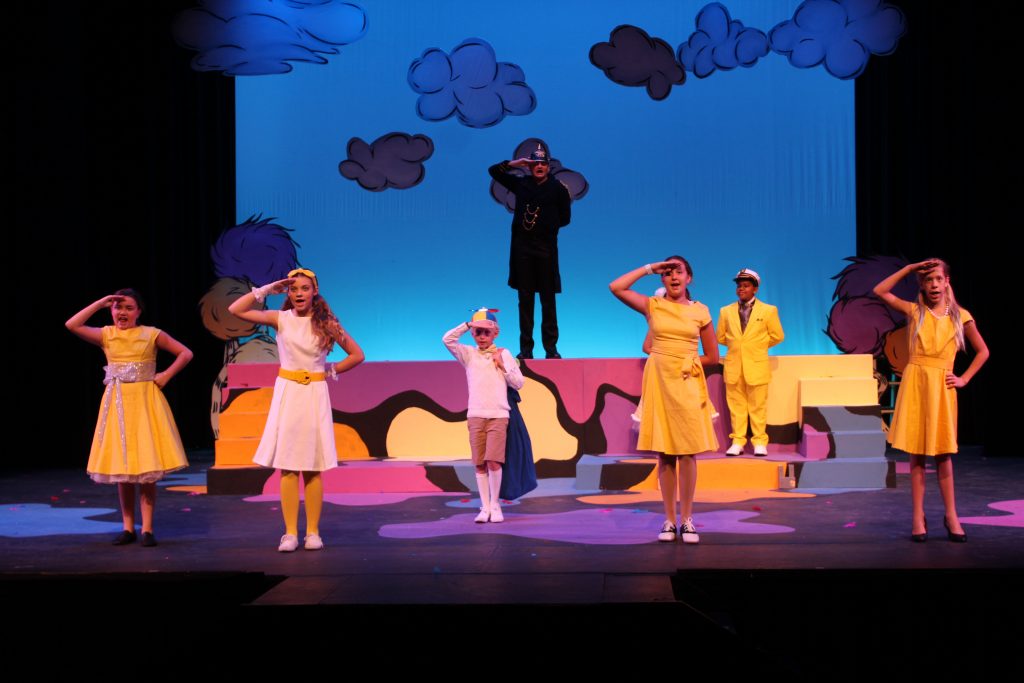 The Cat in the Hat tells the story of Horton, an elephant who discovers a speck of dust that contains the Whos, including Jojo, a Who child sent off to military school for thinking too many “thinks.” Horton faces a double challenge: not only must he protect the Whos from a world of naysayers and dangers, but he must guard an abandoned egg, left in his care by the irresponsible Mayzie La Bird. Although Horton faces ridicule, danger, kidnapping and a trial, the intrepid Gertrude McFuzz never loses faith in him. Ultimately, the powers of friendship, loyalty, family and community are challenged and emerge triumphant. It’s entertainment for the entire family. 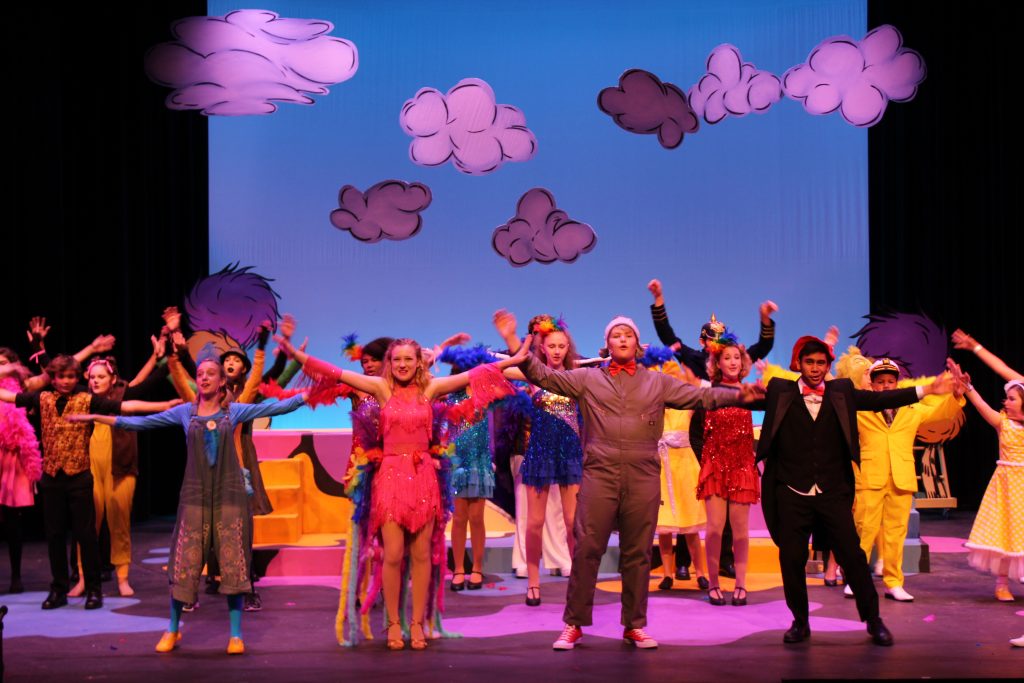 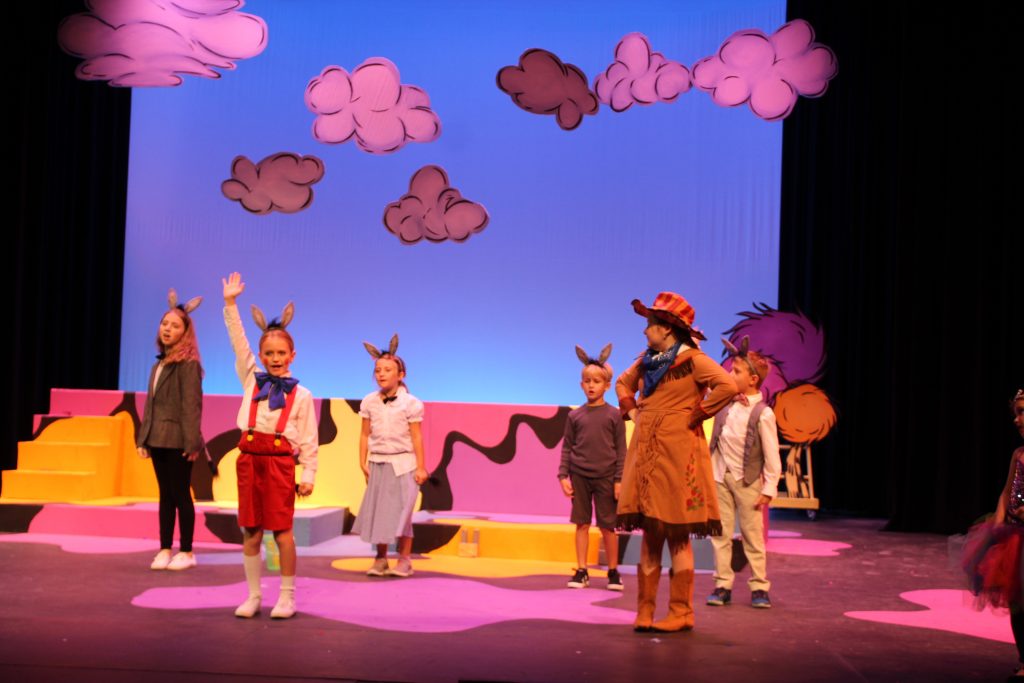 When Carl wants to run away from home, he tries to get a job with the mysterious Professor Pinecone and his traveling magical marionette puppet show.  He quickly discovers, however, that the position comes with all kinds of strings attached.  Once he feels the magical jolt in Professor Pinecone’s handshake, he begins the audition of his life.  In this musical play-within-a-play, Carl becomes Pinocchio and improvises his way through the story, meeting a cricket with an attitude, the devious fox and cat and the sassy Blues Fairy.  With the help of this eclectic cast, Pinocchio stumbles upon life’s lessons as he learns, through a series of hilarious mishaps and wrong turns, that his actions have repercussions.  He even makes a donkey of himself…  literally!  With a little help from Tina Tuna, Pinocchio makes a selfless choice by saving Geppetto from the mouth of a giant shark. 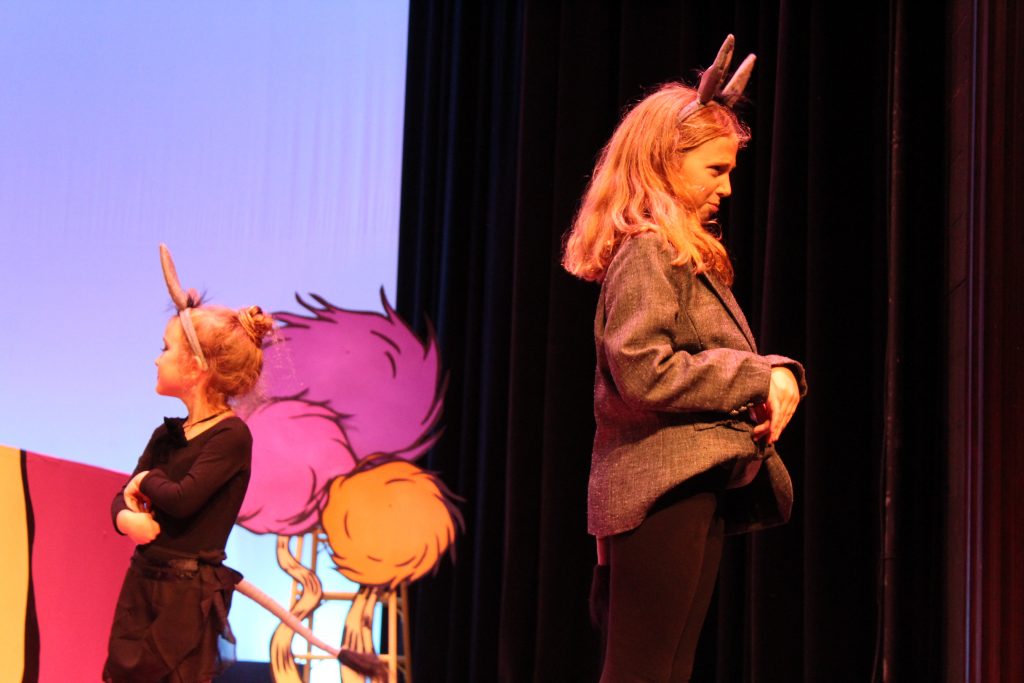 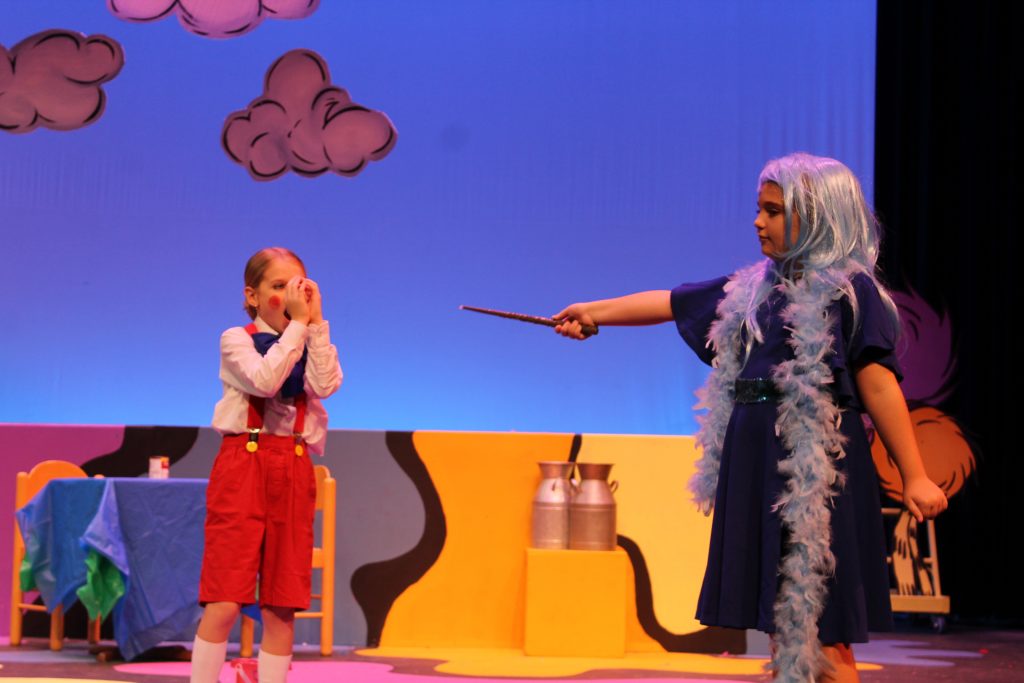 The Summer Musical TheatreCamp, now in its 24th   season, has excelled in its goal of giving students a taste of musical theater by instructing in all aspects of a musical theater production:  acting, music and dance. The camp culminates in the creation and performance of complete staged musical theater and theatrical productions before a live audience.

All performances take place at the beautiful Lewis Auditorium on the campus of Flagler College.  Tickets for Seussical the Musical are $15.  Tickets for The Pinnochio Show are $10. The box office opens one hour before each show.  The theater opens one half-hour before each show. Seating is general admission. There is no reserved or call-ahead seating.  For additional information call (904) 501-7396. 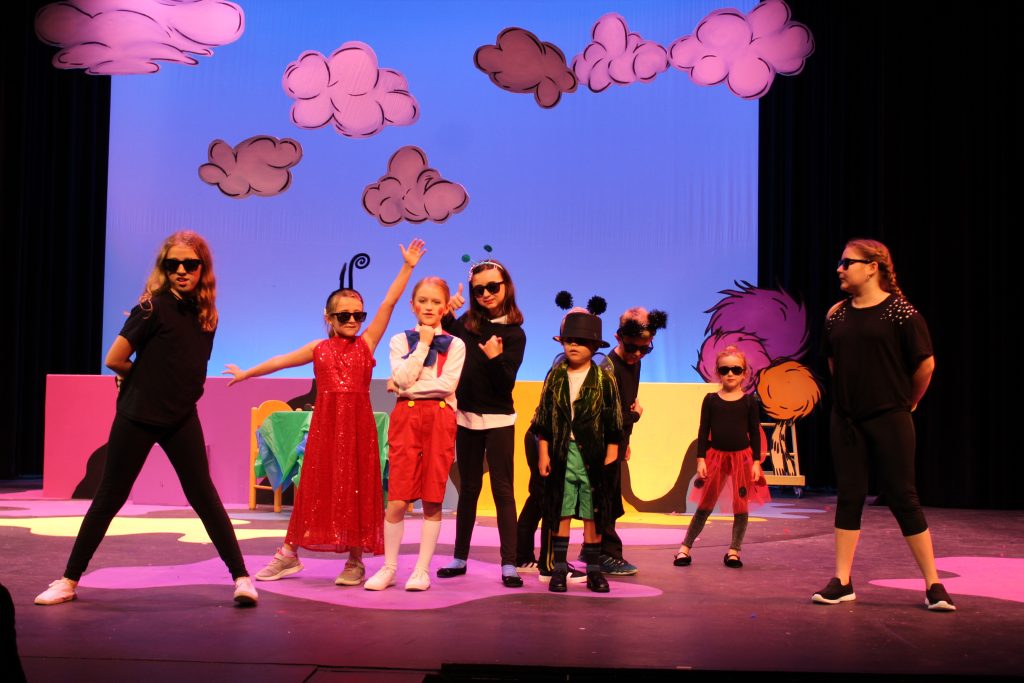 The Summer Musical TheaterCamp is widely as the leading training ground for young actors.  Since its inception in 1995, with 30 kids ages 5 to 14, the educational program has produced 0ver 40 musical theater shows with over 1400 kids and teens in participation.  For the past fifteen years the SMTC for teens has produced full-scale Broadway musicals on its stage. Additionally, for an ninth year, the middle school/high school group will present its own full-scale musical in an effort to give these younger actors the skills and opportunities to be on stage in leading rolls.  The actors have come not only from St. Augustine and throughout the state, but from across the USA including New Jersey, California, Ohio, Wisconsin; and even England and Malaysia. Many kids and teens have spent up to thirteen years in the program with several now working as professional actors throughout the county.  In the 2017 season SMTC welcomed its first second generation actor into the camp. This summer over 150 kids ranging from age 5 to 18 will take part in the 2018 summer season.

Slideshow: John Legend at the Amphitheatre