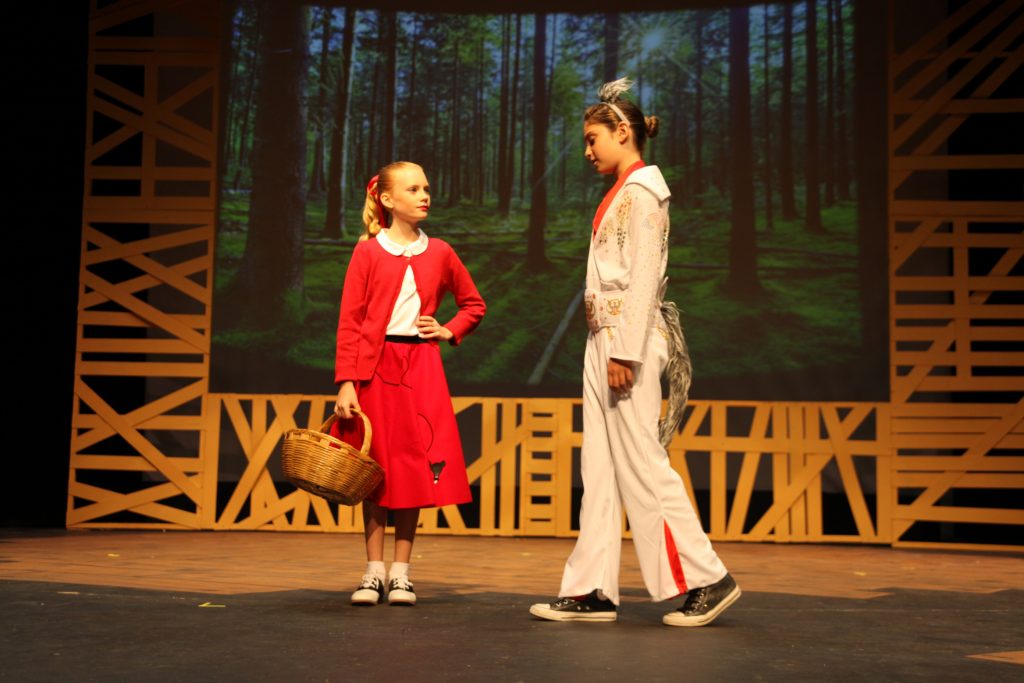 Tickets are $10 for adults, and $5 for children. Tickets can be purchased one hour prior to each performance at the auditorium box office. Seating is general admission. 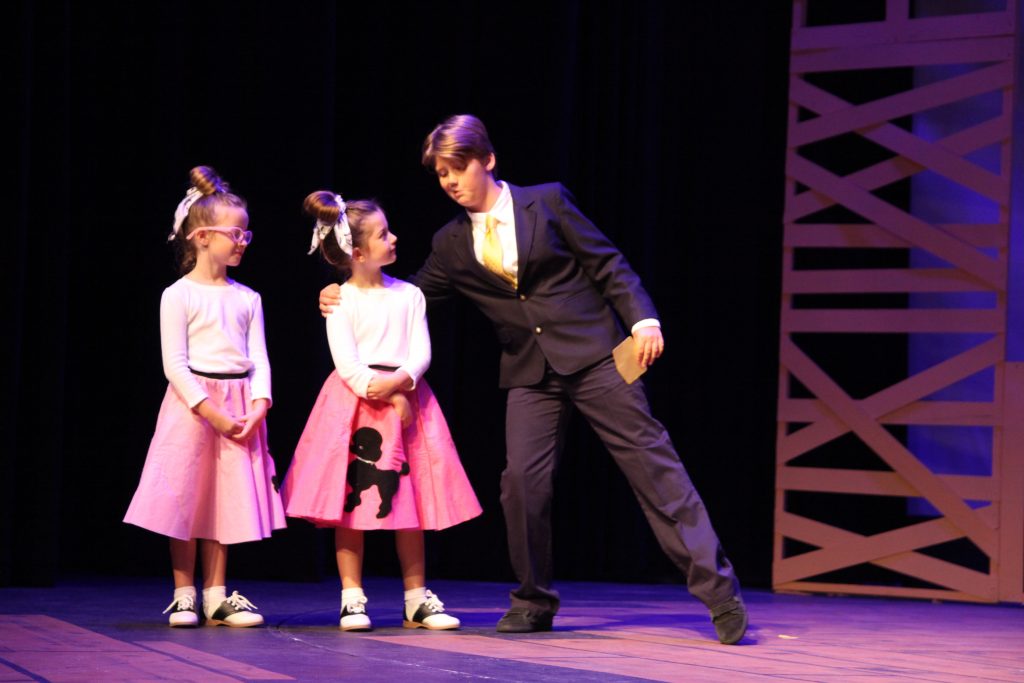 It’s the 1950s, hula-hoops are in high demand, and so is Little Red Riding Hood! Wise Prince Jason (winner of the Math Olympics and the Nobel Prize), Strong Prince Justin (who can bench press his own mother) and ordinary Loud Prince Frank all want to woo Red Riding Hood. The king and queen hire the Fairy Godmother to set three tasks for the princes.

Only the prince who can find the missing girl, defeat the dragon, and awaken a castle visitor from her slumber earns the right to woo Wed Widing Hood. Complete with the big bad wolf and a sock-hopping 1950s score, this adventure is guaranteed to end in happily-ever-after laughter for audiences and performers of all ages. 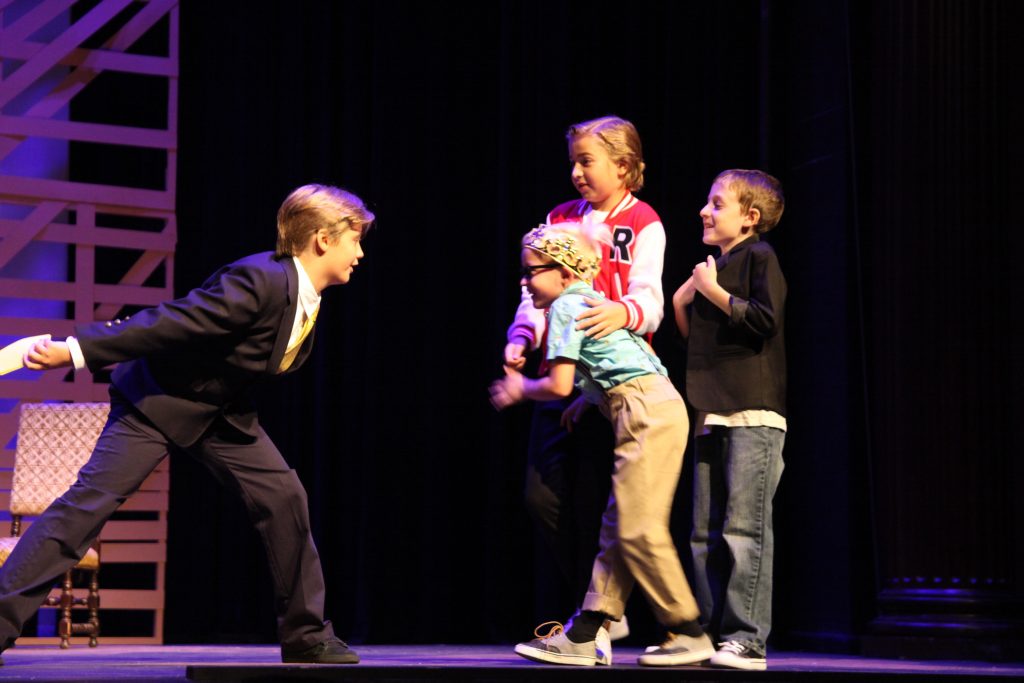 The Summer Musical TheaterCamp is widely as the leading training ground for young actors.  Since its inception in 1995, with 30 kids ages 5 to 14, the educational program has produced 34 musical theater shows with over 1400 kids and teens in participation.  For the past thirteen years the SMTC for teens has produced full-scale Broadway musicals on its stage.  Additionally, for a seventh year, the middle school/high school group will present its own full-scale musical in an effort to give these younger actors the skills and opportunities to be on stage in leading rolls.  The actors have come not only from St. Augustine and throughout the state, but from across the USA including New Jersey, California, Ohio, Wisconsin; and even England and Malaysia.  Many kids and teens have spent up to thirteen years in the program with several now working as professional actors throughout the county.  This summer over 150 kids ranging from age 5 to 18 will take part in the 2016 summer season.