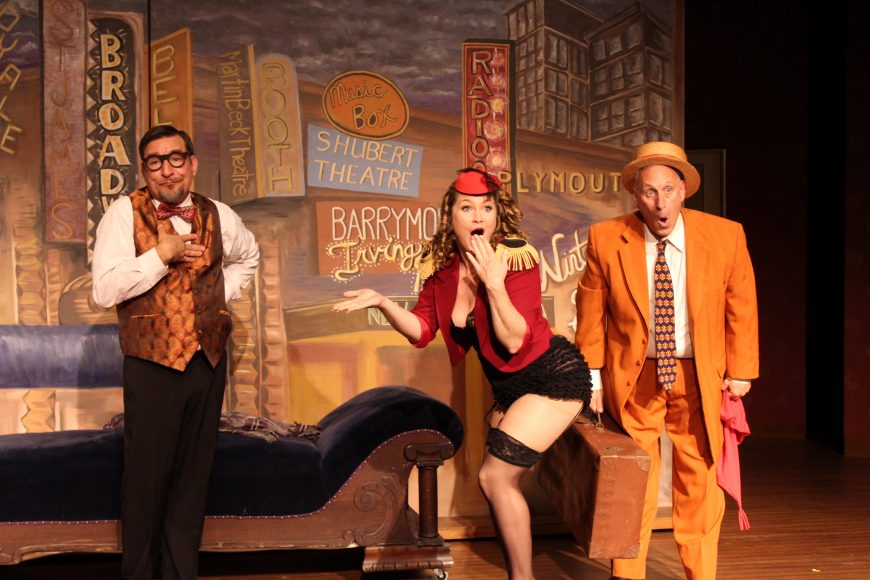 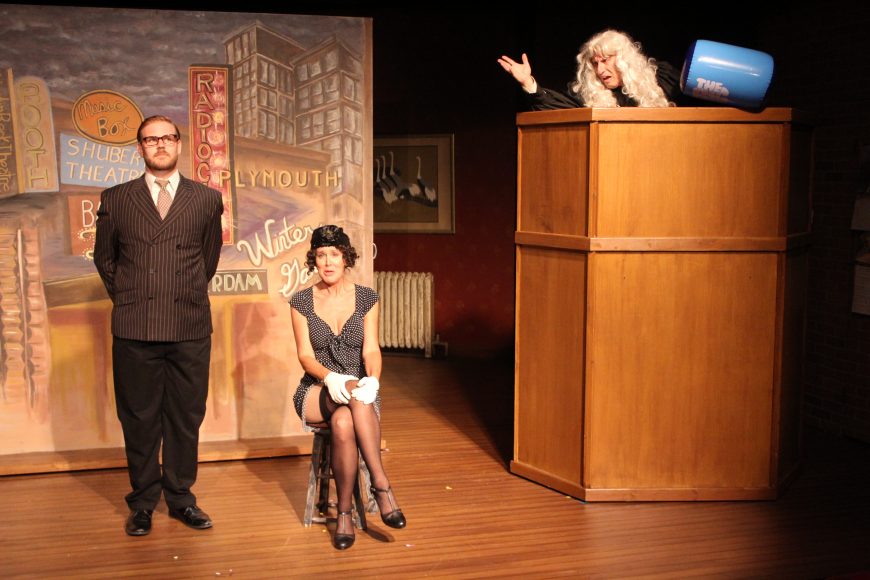 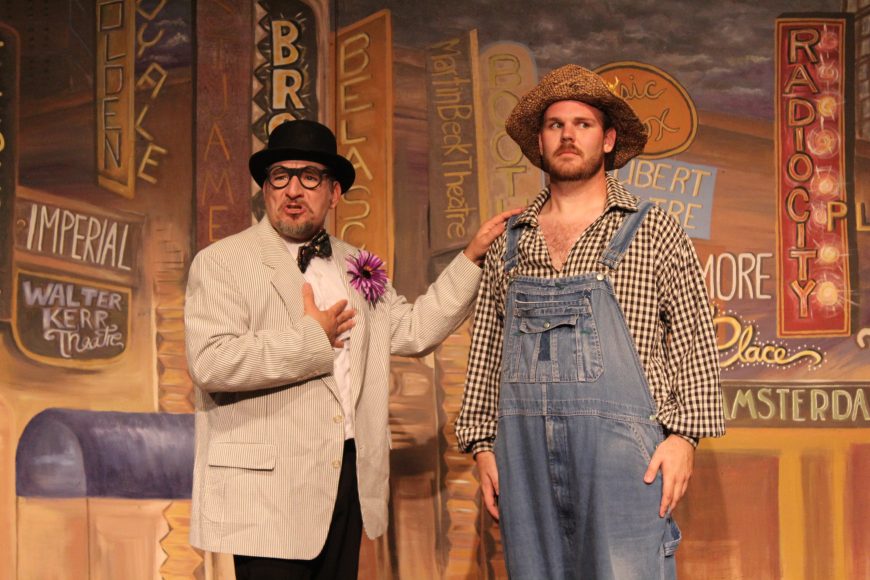 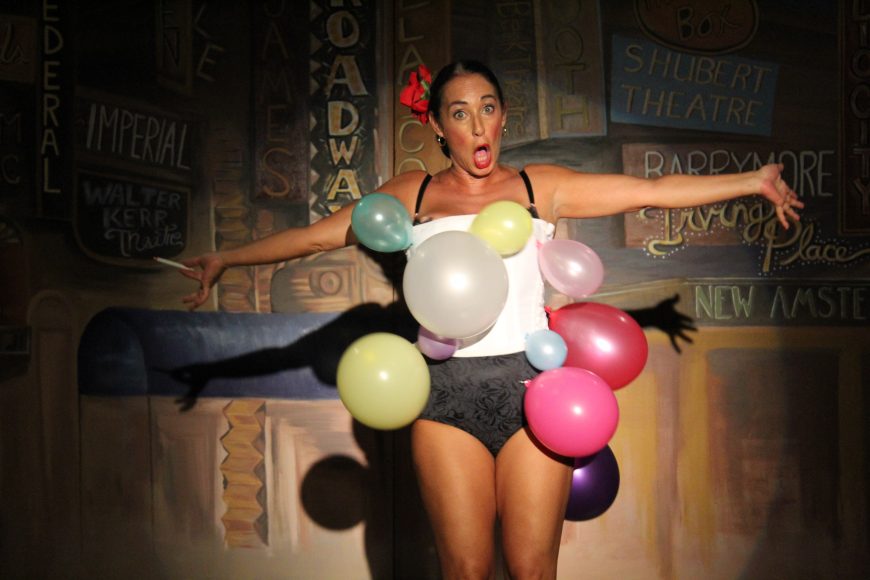 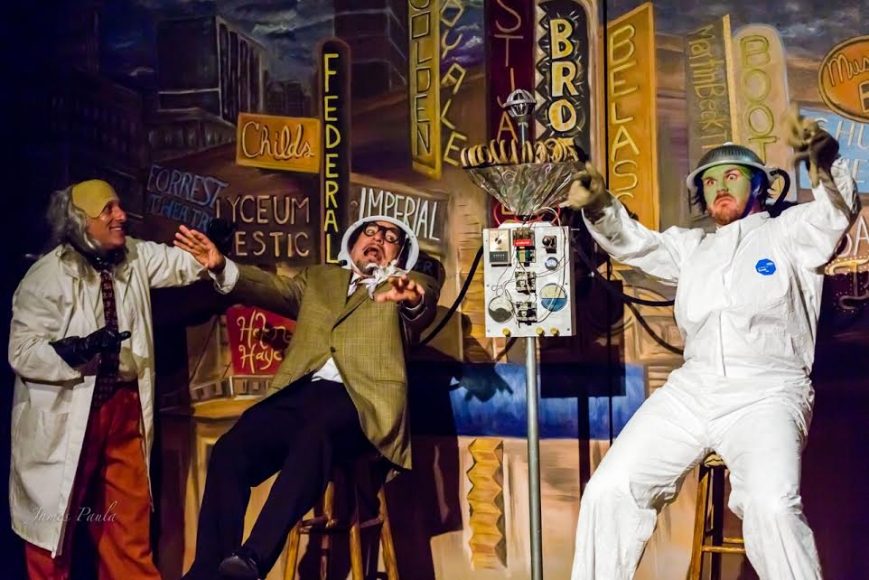 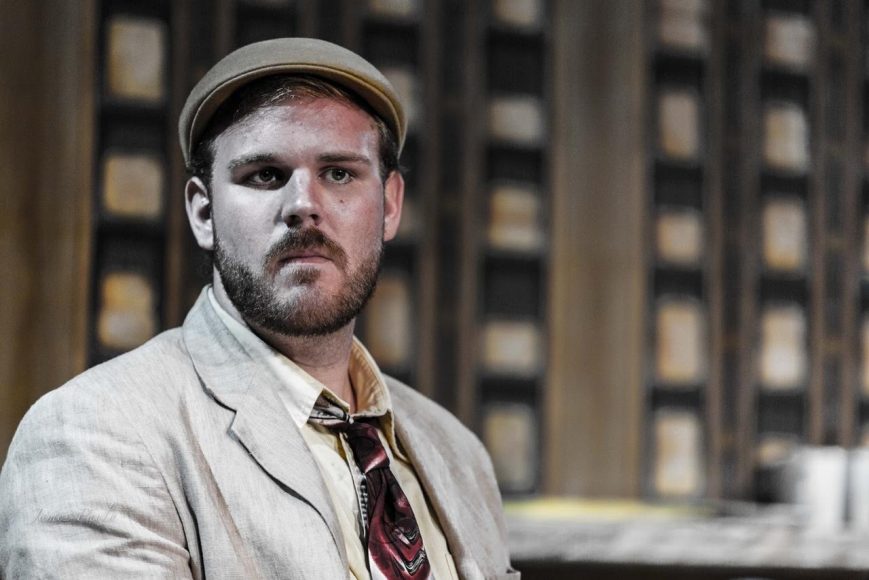 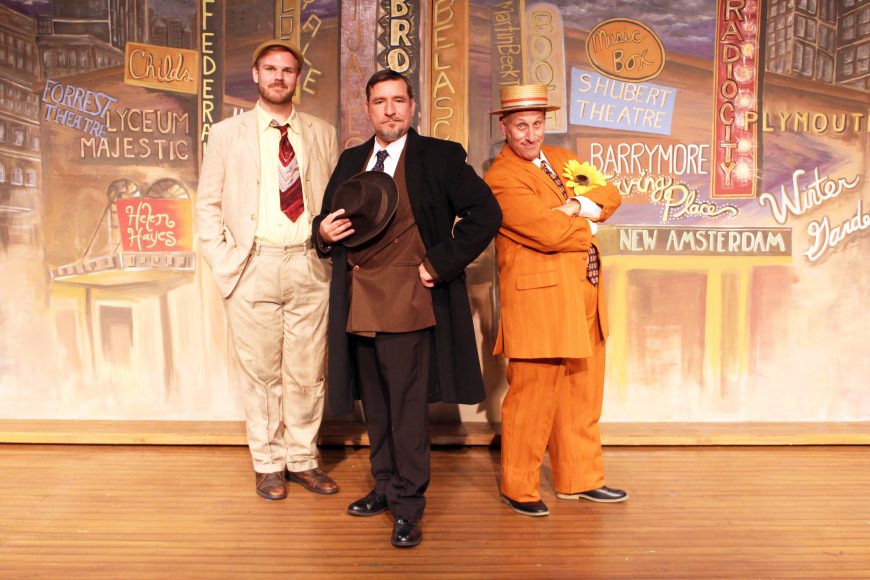 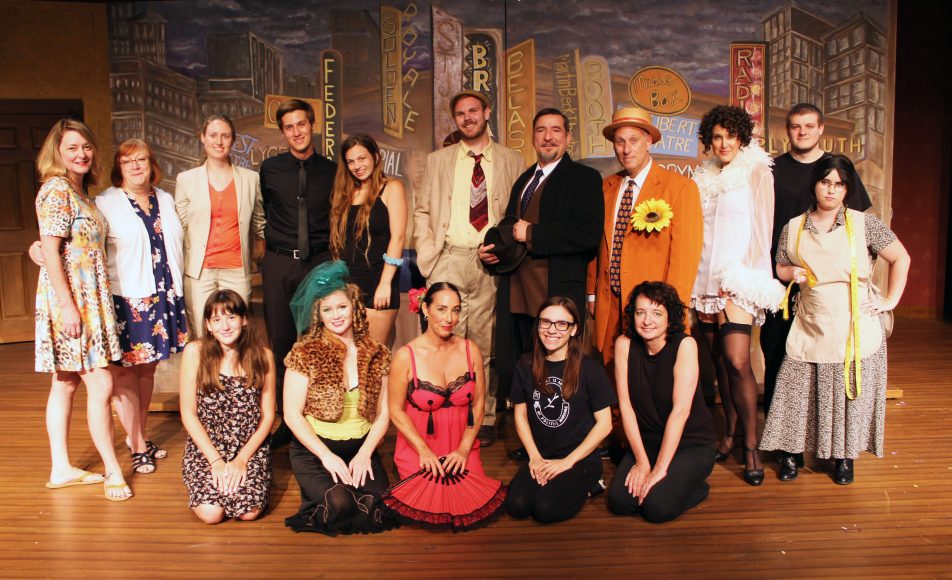 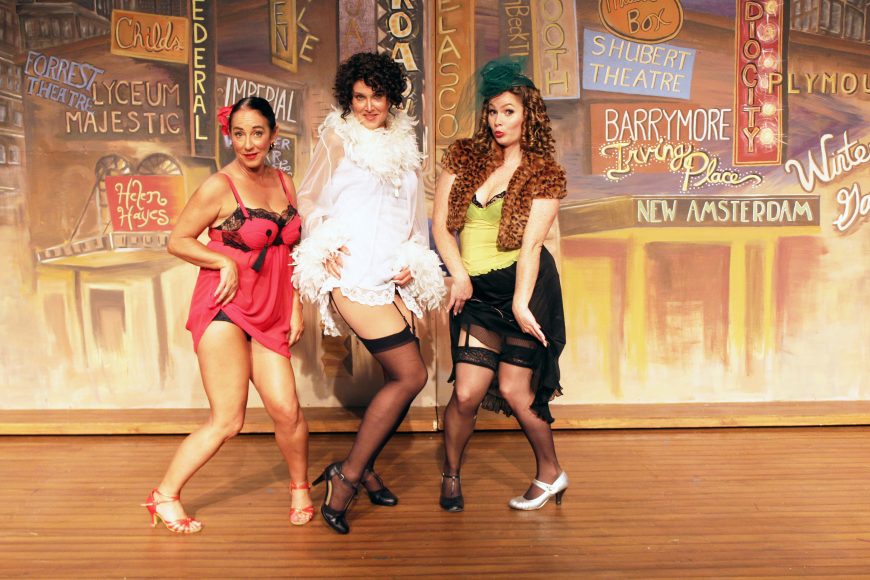 Award-winning actor Dave Alan Thomas plays the lead
The Nance recreates the naughty, raucous world of burlesque’s heyday and tells the backstage story of Chauncey Miles and his fellow performers. The Florida premiere of The Nance will run June 2-25 on Limelight Theatre’s Matuza Main Stage. 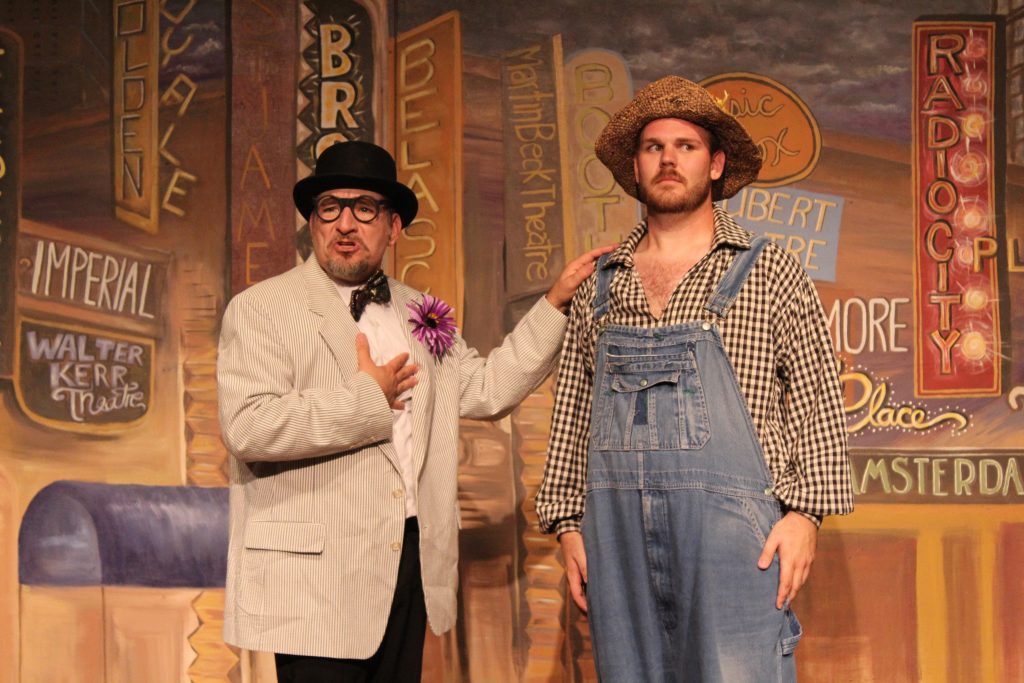 Dave Alan Thomas as Chauncey Miles and Matt Tompkins as Ned in The Nance at Limelight Theatre.

The story: In the 1930s, burlesque impresarios welcomed the hilarious comics and musical parodies of vaudeville to their decidedly lowbrow niche. A headliner called “the nance” — usually played by a straight man — was a stereotypically camp homosexual and master of comic double entendre. The play was written by By Douglas Carter Beane.

The Nance debuted on Broadway in 2013 at the Lincoln Center Theater with Nathan Lane as the lead, Chauncey Miles. It won three Tony awards. The play follows the lives of a group of burlesque performers who are performing together at a New York City Irving Place theater during the 1930s, a period when Mayor Fiorello LaGuardia was attempting to end burlesque. 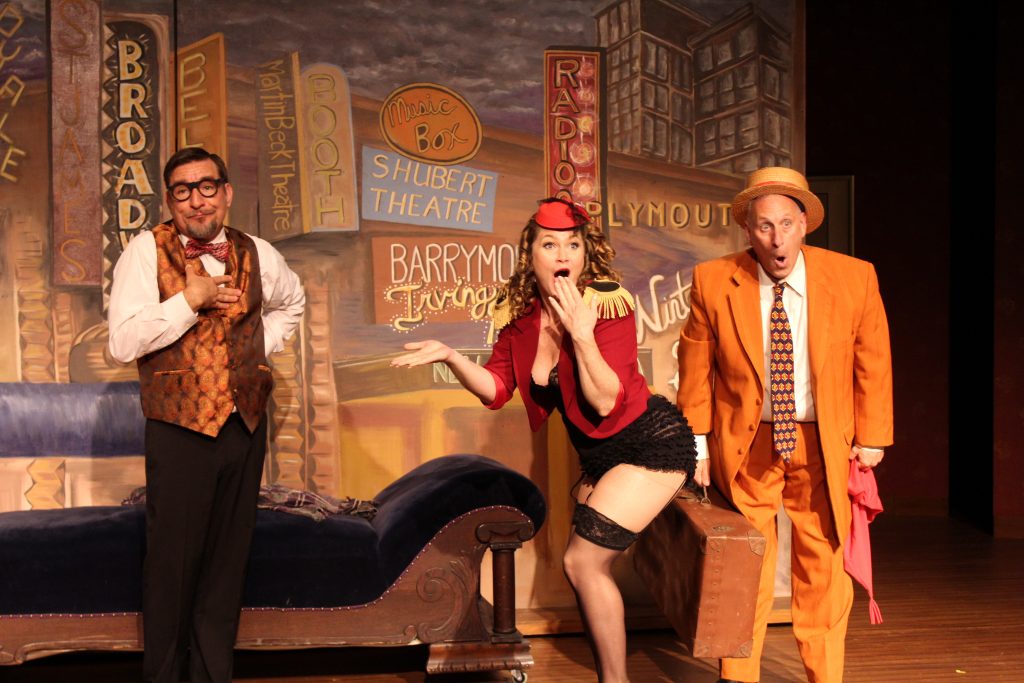 Dave Alan Thomas as Chauncey Miles, Bethany Paolini as Joan, and Evan Gould as Efram in The Nance at Limelight Theatre.

Directed by Shelli Long, the Limelight performance includes award-winning local actors and musicians. Dave Alan Thomas plays Chauncey Miles. Local audiences will remember Thomas as Gomez in Limelight’s The Addams Family in 2014. Thomas also was the director of The Grapes of Wrath, in which he was voted Best Director in the 2016 BroadwayWorld Jacksonville Awards.

Other cast members of The Nance include Matt Tompkins as Ned; Evan Gould as Efram; Amy Tillotson as Carmen; Bethany Paolini as Joan; Sharon Resnikoff as Sylvie; and Kelly Kates as Rose.

“The Nance pulls back the covers on a particularly difficult time in our history of the theatre as well as the history of prejudice.  While it was considered acceptable, in the confines of the theatre house, to laugh at the over the top exaggerations of stereotypical effeminate men, it was considered deviant and an arrestable offence for gay men to display such behaviors in public life,” explains Director Shelli Long.

“While much has changed politically and publicly, we’re not there yet. This show examines both the crusade by Mayor LaGuardia in the mid 1930’s to shut down all forms of what he and his committee considered deviance and the effect that had on straight and gay performers alike.” 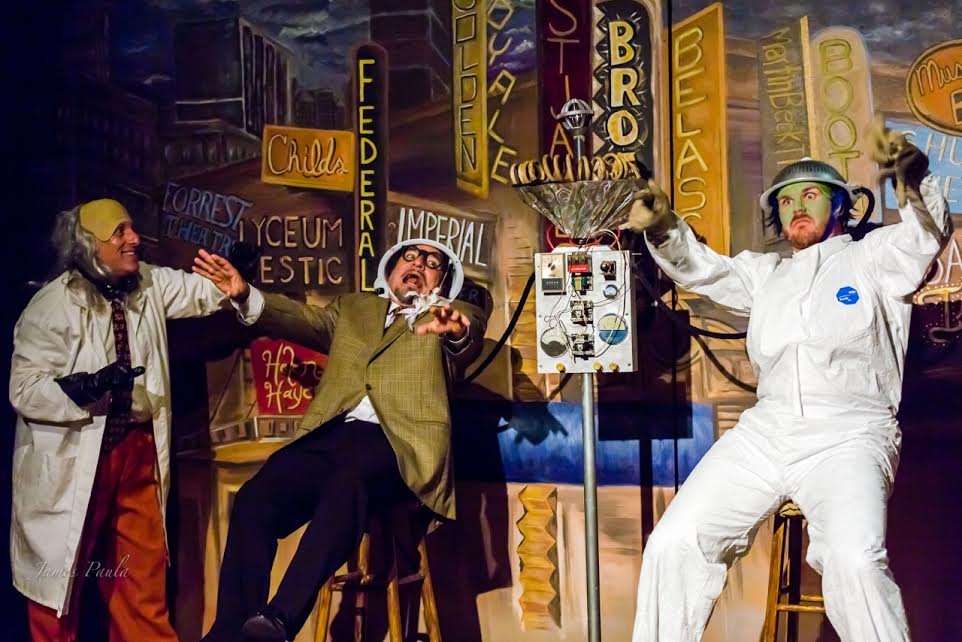 Evan Gould as Efram, Dave Alan Thomas as Chauncey Miles, and Matt Tompkins in the Monster Machine scene of The Nance at Limelight Theatre. Photo by James Paula

Stefanie Batson-Martin is the pianist during the four-week run; Jennifer Dournaux is choreographer; Dom Grasso is the set designer; Carl Liberatore is the lighting designer; Francesca Bellavista is the stage manager; stagehands are St. Johns County Center for the Arts students Izabella Unice and Cameron Sparks; Lauretta Hernandez is the backstage dresser; with special thanks to set painting volunteers, and Bonnie Bartosch for costume alterations.

Opening night on June 2 includes complimentary pre-show champagne and a meet-the-cast party following the performance. Show times are 7:30 p.m. Thursday-Saturday, with a 2 p.m. matinee each Sunday. Tickets are $26 for adults, $24 for seniors, and $20 for military and students. Tickets are available at limelight-theatre.org or by calling the box office at 904-825-1164.

Limelight Theatre is located at 11 Old Mission Ave., in uptown St. Augustine. Free parking is available on site and street-side. 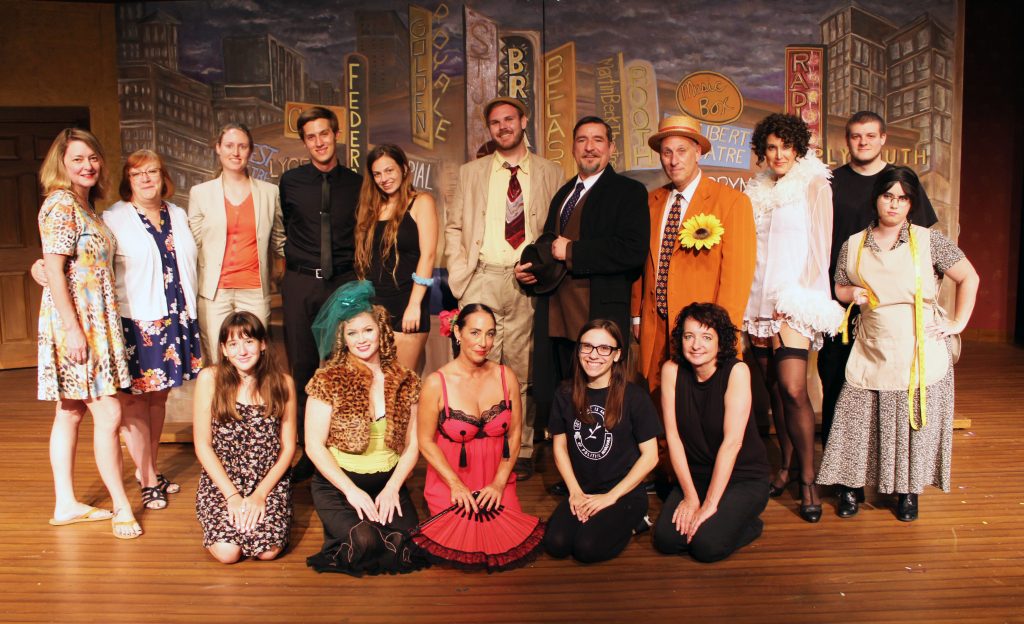 The cast and crew of The Nance at Limelight Theatre.

The Nance recreates the naughty, raucous world of burlesque’s heyday and tells the backstage story of Chauncey Miles and his fellow performers. **This play contains ADULT CONTENT

LimelightTheatre’s new improv house team, directed by The Adventure Pro!, will be on stage. Join the adventure and be a part of creating a show where no one – not even the players – know where we’ll end up!

The unscripted romantic comedy 3 Blind Dates follows 3 single ladies through a round of speed dating and the dates that occur as a result. The twist? The audience selects which speed dater goes on a date with each of our ladies! 3 single ladies. 3 blind dates. What could go wrong? After all … It’s just one date! Tickets are $15 at the door.

In a magical underwater kingdom, the beautiful young mermaid, Ariel, longs to leave her ocean home – and her fins – behind and live in the world above. But first, she’ll have to defy her father, King Triton, make a deal with the evil sea witch, Ursula, and convince the handsome Prince Eric that she’s the girl whose enchanting voice he’s been seeking.

Poor Cinderella is endlessly mistreated by her wicked stepmother and stepsisters, and denied a chance to go to the royal ball. With a little help from her mice friends – and a lot of help from her Fairy Godmother – Cinderella’s dreams come true. She goes to the ball, meets the Prince and falls in love!

It’s finally spring and festival season in St. Augustine continues through May! Here’s a list of 16 festivals and outdoor events in the area….