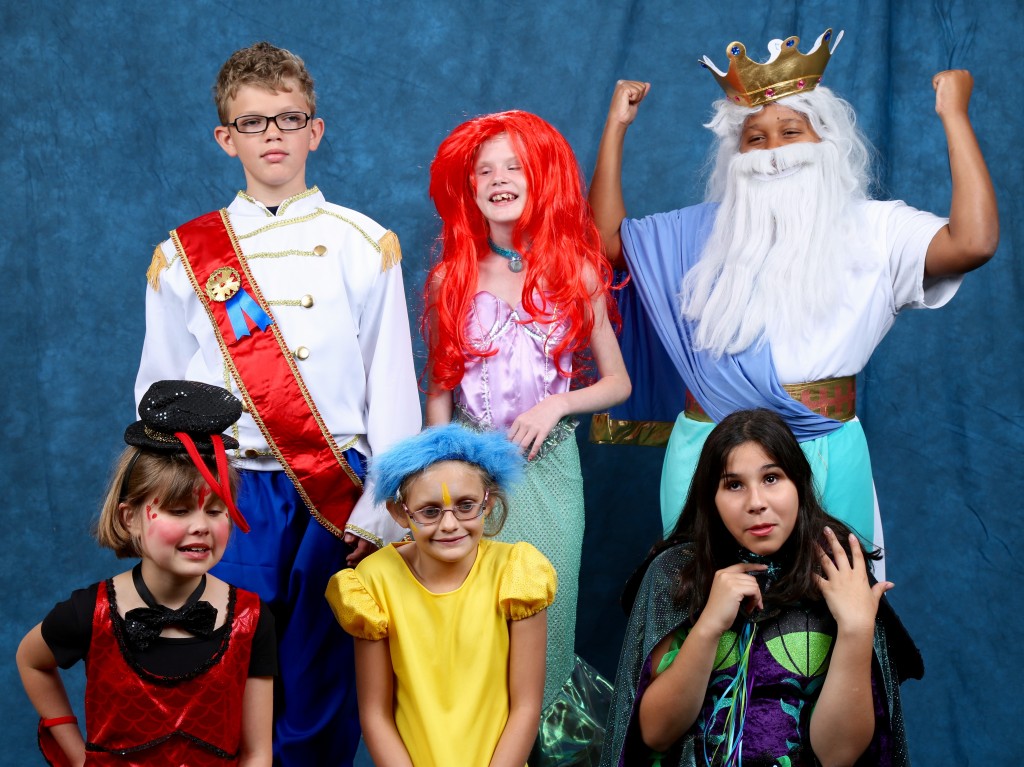 The cast of A Little Mermaid at the Florida School for the Deaf and the Blind, on stage May 28. Contributed image

Disneyâ€™s THE LITTLE MERMAID JR. playing at the Florida School for the Deaf and the Blind in St. Augustine

From Florida School for the Deaf and the Blind

The 60-minute musical is based on the 2008 Broadway production and the 1989 animated feature film. The Blind Elementary Music Theatre cast features approximately 50 students led by Leslie Costello.

“It is an ambitious undertaking of a major musical production, and the students have been working diligently to memorize their lines, learn their songs, and create drama. They are also discovering how to use body language and other non-verbal communication skills, which are foreign to visually-impaired children. Iâ€™m so proud of them! The staff has been awesome in their support, as well. We canâ€™t wait to show off everything weâ€™ve learned!â€

This classic Disney title contains all of the songs from the Academy AwardÂ® winning animated feature film as well as three new songs from the Broadway show. THE LITTLE MERMAID JR. takes place in a magical kingdom beneath the sea, where a beautiful young mermaid named Ariel longs to leave her ocean home to live in the world above. But first, sheâ€™ll have to defy her father, the king of the sea, escape the clutches of an evil sea witch and convince a prince that sheâ€™s the girl with the perfect voice.

The performance of Disneyâ€™s THE LITTLE MERMAID JR. takes place at FSDB on Thursday, May 28 at 1:30 pm. It will be audio-described for visually-impaired attendees and interpreted for deaf attendees. Admission is free, thanks to generous funding from The Ludwig Fund and the Foundation for the Florida School for the Deaf and the Blind.

For more information about licensing THE LITTLE MERMAID JR. or other Disney shows, please visit www.DisneyMusicals.com.

THE BLIND ELEMENTARY MUSIC THEATRE group is open to all interested students in the Blind Elementary School at the Florida School for the Deaf and the Blind (FSDB). The group does a production each spring semester with students meeting after-school for 30 minutes Monday-Thursday. Founded by Director Leslie Costello, this season marks the theatreâ€™s 10th anniversary.

FLORIDA SCHOOL FOR THE DEAF AND THE BLIND (FSDB) is a fully accredited state public school and outreach center available tuition-free to eligible Pre-K and K-12 deaf/hard of hearing and blind/visually impaired students. Comprehensive educational services at FSDB are individualized, specific to the unique communication and accessibility needs of each student for independence and lifelong success. FSDB gratefully accepts private donations to support vital programs that directly benefit students and are not paid by state general revenue funds. To visit the school or to learn more about eligibility for enrollment, contact 1-800-344-3732. For more information, visit www.fsdb.k12.fl.us.