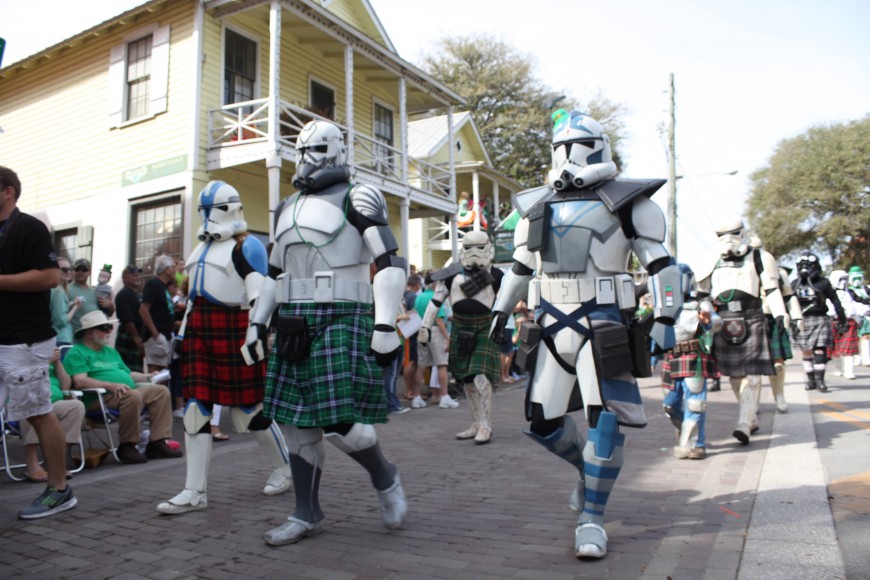 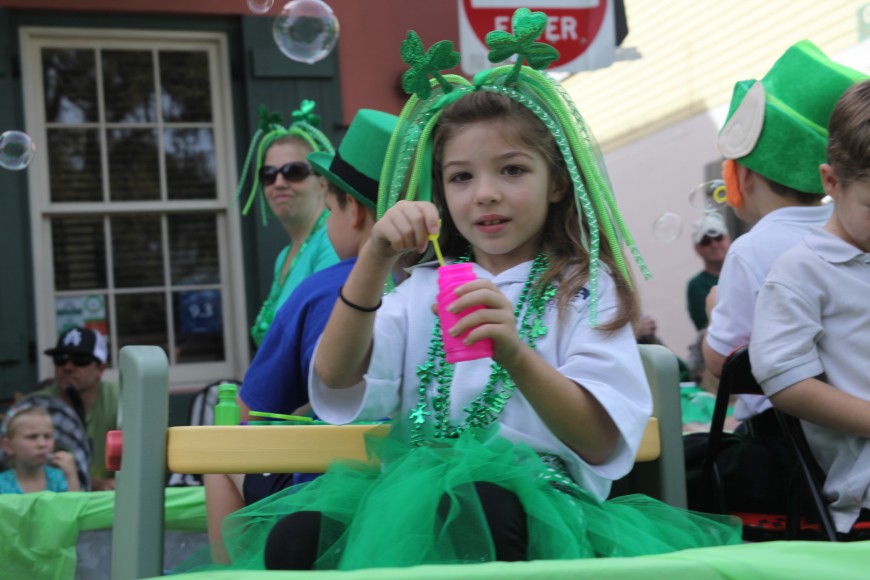 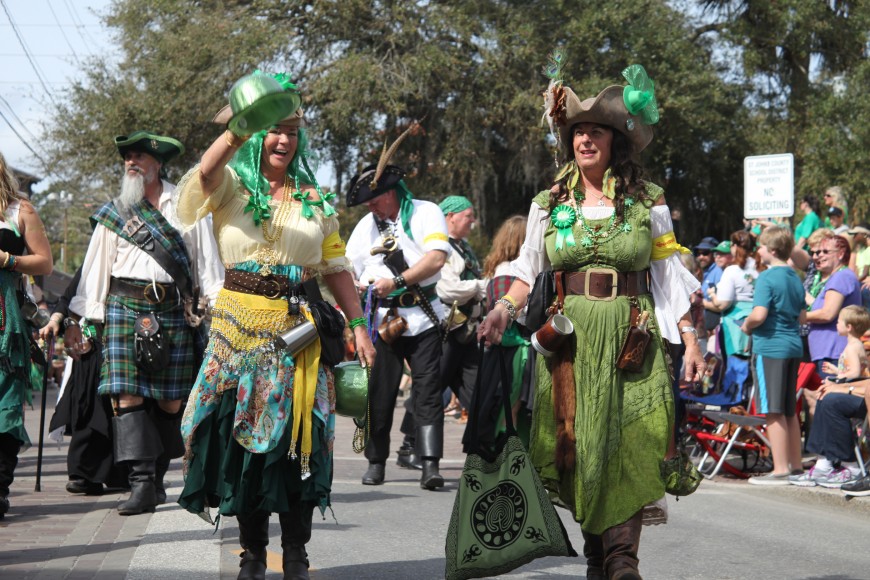 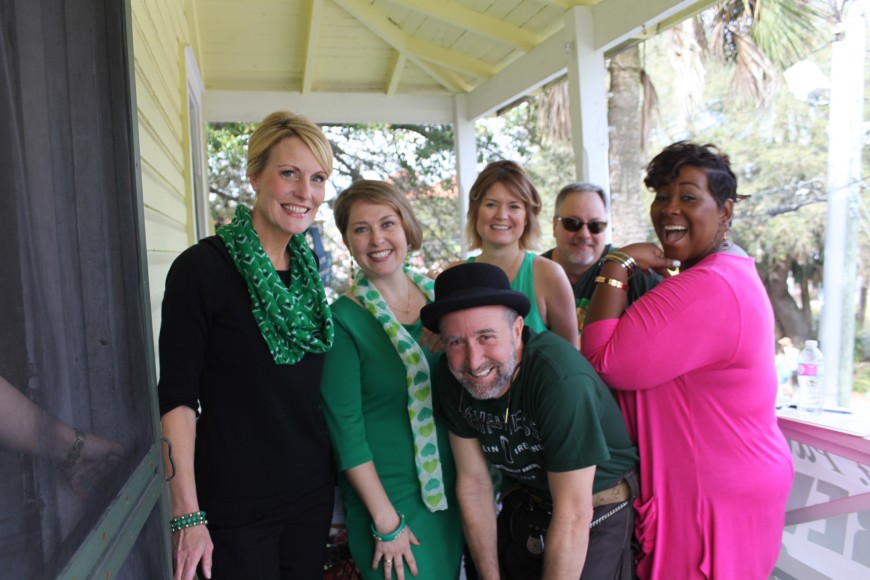 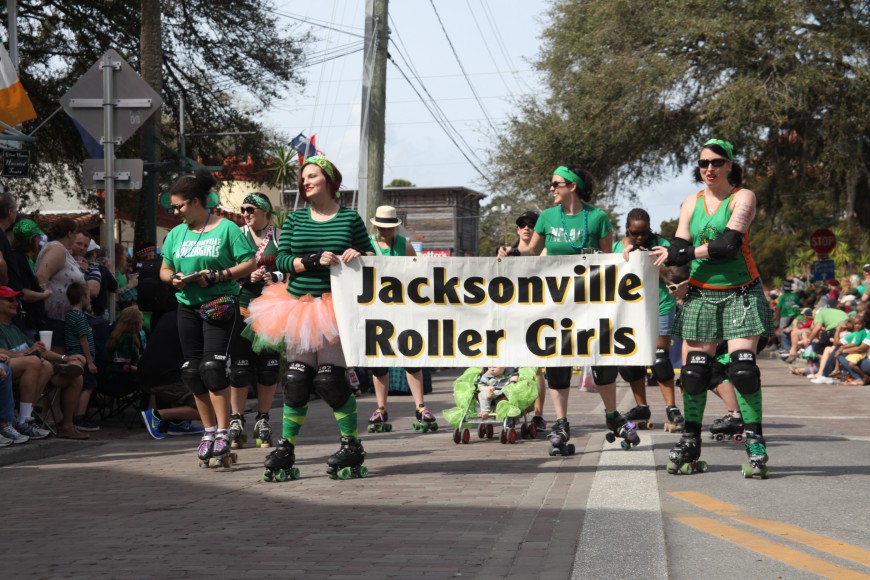 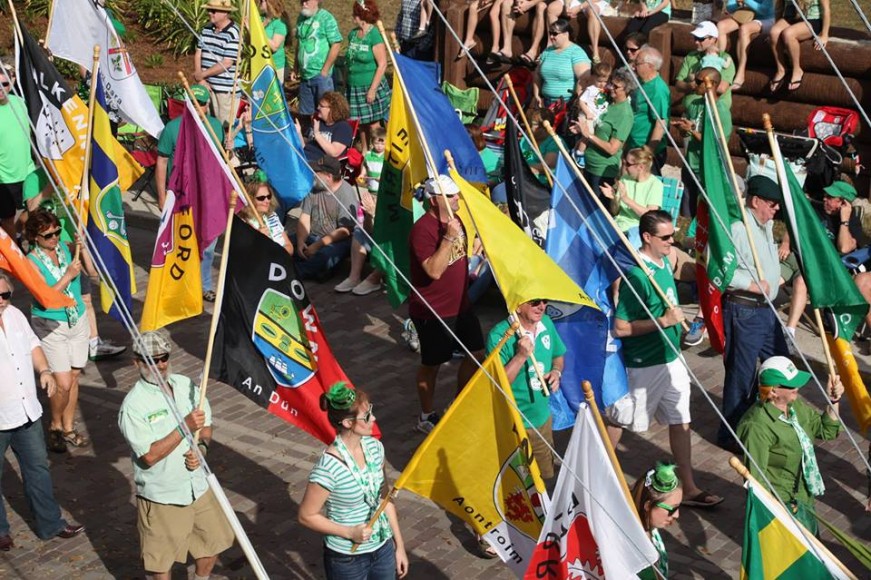 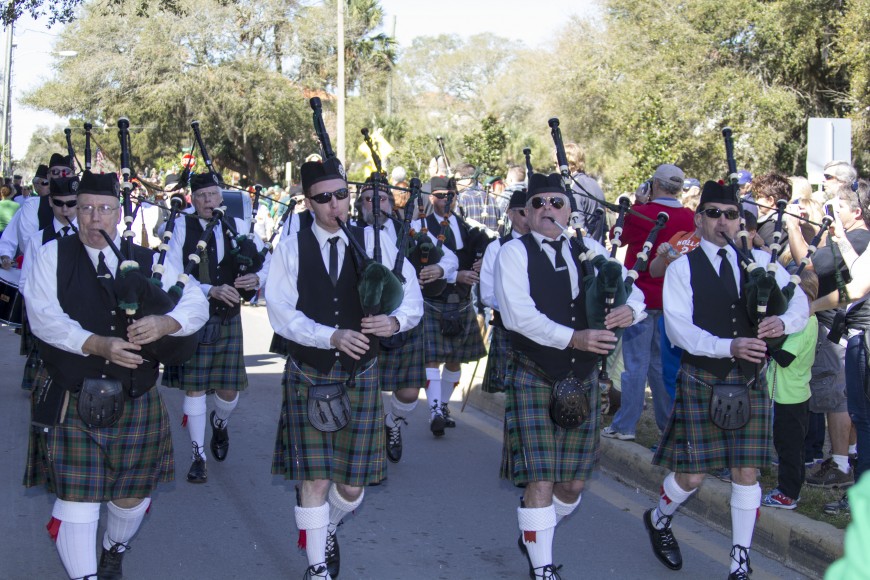 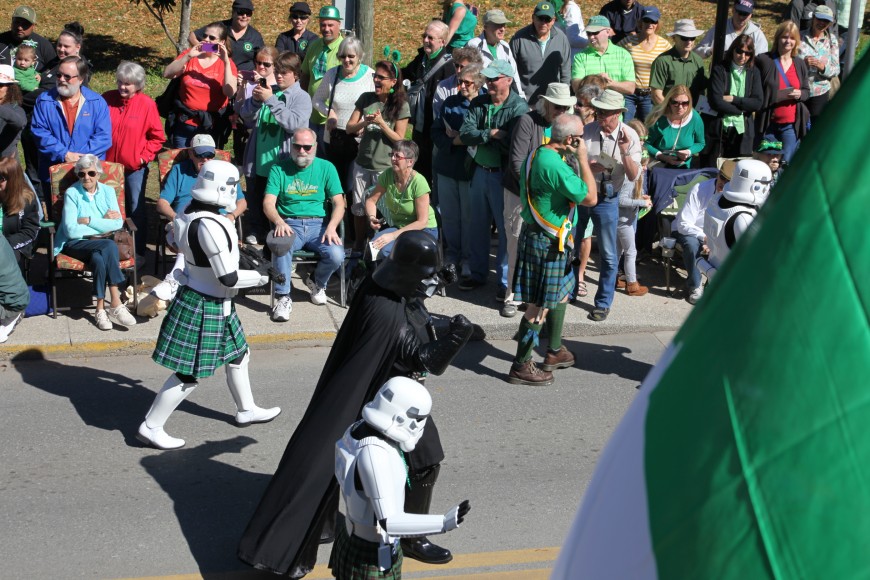 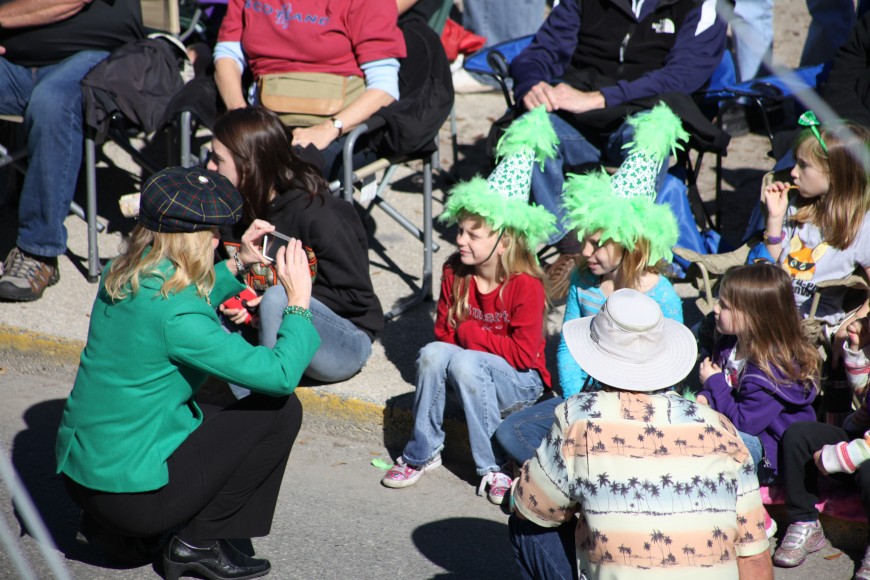 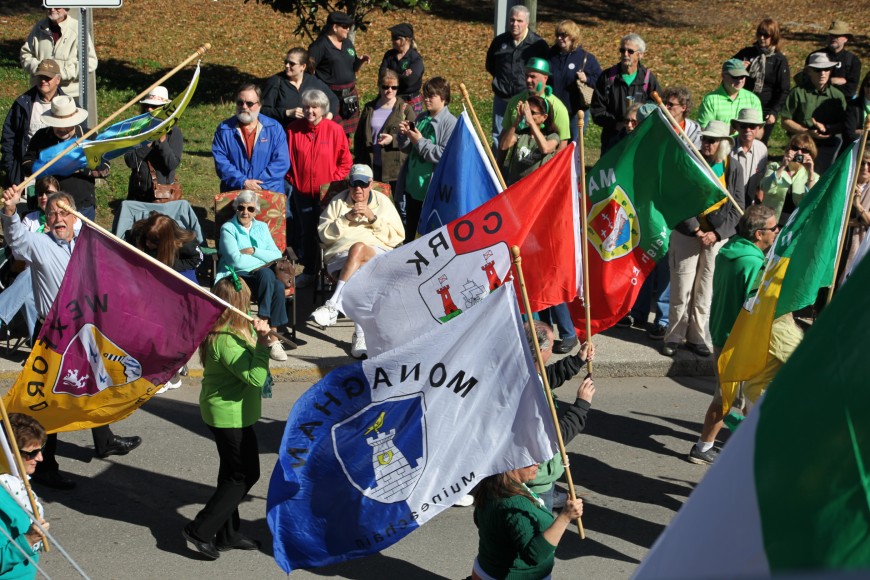 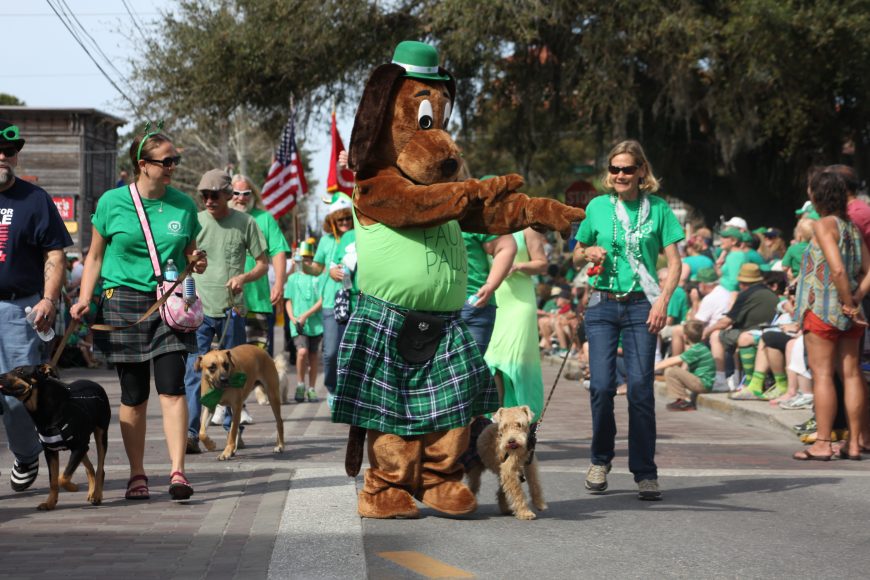 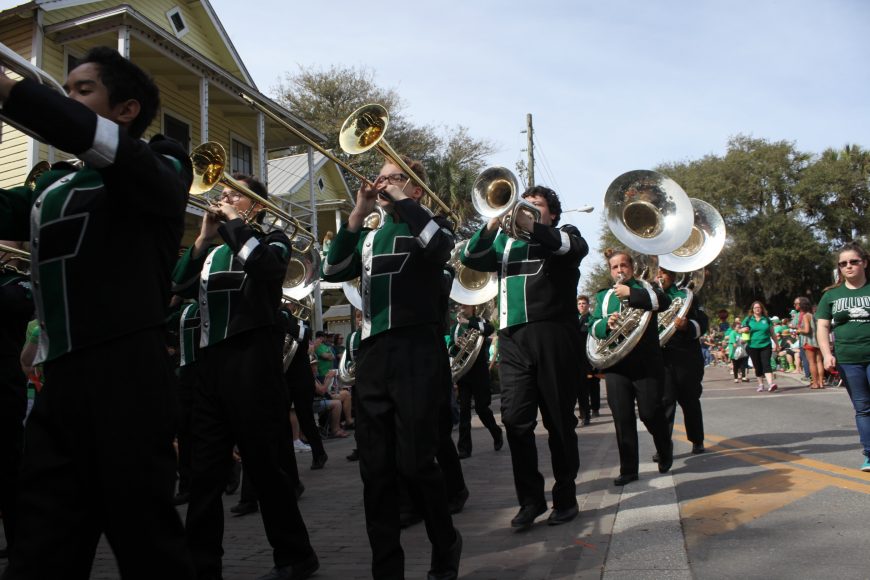 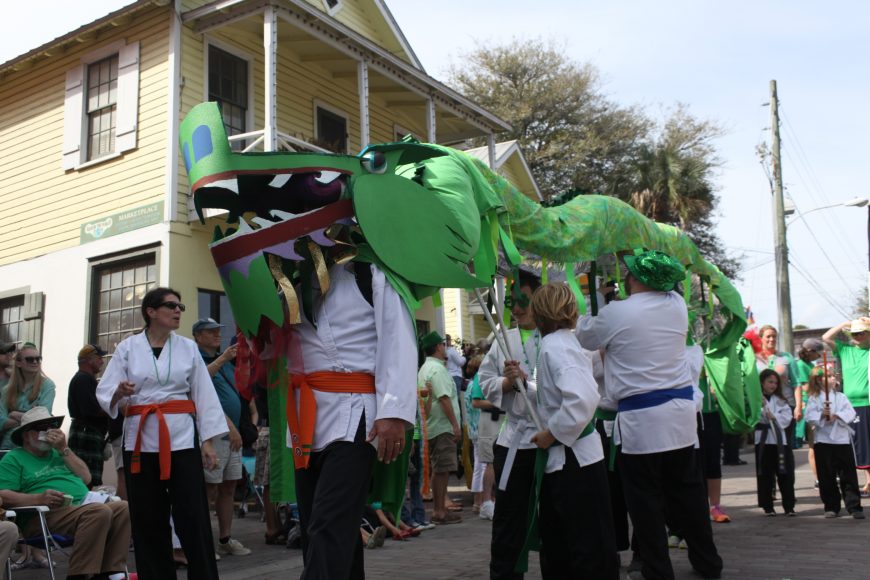 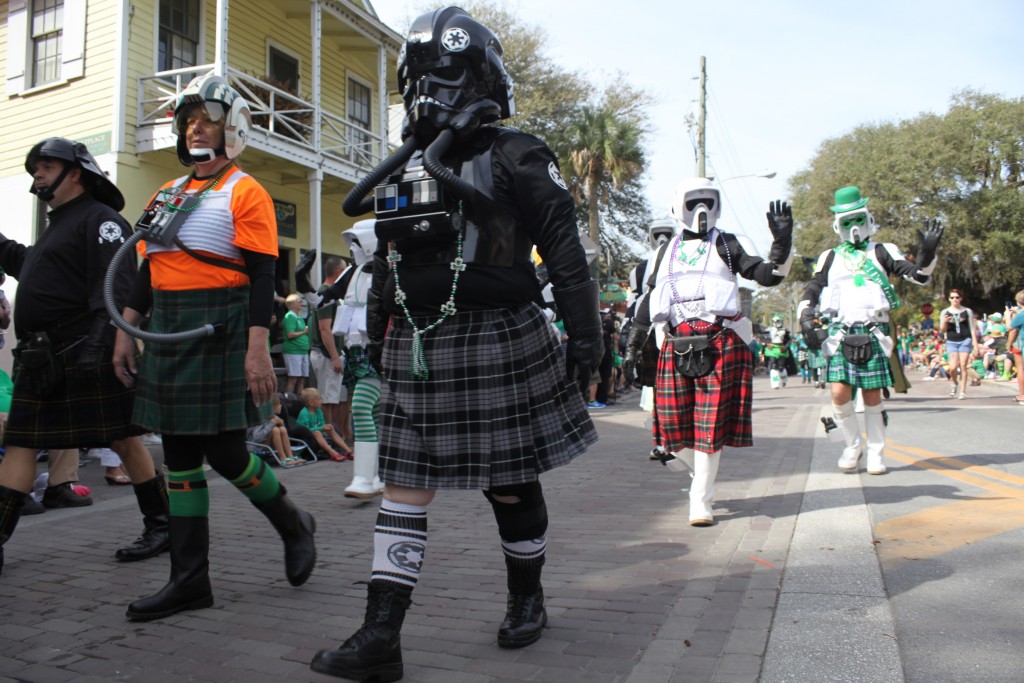 The parade travels down Orange Street to Avenida Menendez (the bayfront), then to Cathedral Place, next on Cordova Street, then back to Orange Street. Spectators are encouraged to arrive early to claim a spot along the paraderoute, then follow the parade to the Celtic Festival, which opens immediately after the parade.

There are 50 units in the parade this year.  The Grand Marshals are representatives from the various Hurricane Matthew recovery groups called Stand Together St. Augustine.

The local Hurricane Matthew groups connected and came together as Stand Together St. Augustine. There are many more people and recovery efforts than can possibly all be named. Some of them include StAStrong, Renegade Volunteers, Arendondo Drop Point, Coquina Drop Point, Vilano Drop Point, Laundry Angels, Bob’s Bait & Tackle Drop Point, Treasure Beach Drop Point, Pelican Inlet Drop Point, Lincolnville Drop Point, Hastings Drop Point, Hurricane Recovery, Victims in Need, Furniture Donation for Hurricane Matthew’s Victims, Litter Glitter, the In Lak’ech Project Inc., people running additional donation drives, individual Volunteers, multiple Facebook Group Administrators and Social Media Coordinators connecting people with support and assistance, and many others. The groups also connected with existing support groups such as St. Francis House, the Solomon Center, the Calhoun Center, the EOC, SJCSD, the Matanzas Riverkeepers, the Hastings Fire Department, local firefighters, and our churches, as well as many restaurants and food trucks who helped feed the affected. Stand Together St. Augustine will have a parade entry to honor all the various volunteers and they have also been selected as the Grand Marshals for this year’s Parade.

The Clans and athletes from the Highland Games, who are part of the festival, also will be marching and carrying their flags and banners — with the music, colors, language and stories of their ancestors.

Local officials also will be part of the parade including Mayor Nancy Shaver, City Commissioners and the Royal Family. Other units include the 501st Legion (Storm troopers in kilts!), Ghostbusters, pirates and clowns, four pipe and drum corps, two schools of Irish dance, two horse units, and two honor guards.

Parade organizers Matthew and Chris Fulmer have been involved in the parade since its second year, and took over as organizers in 2016.

“We want to make this a community event that everyone can enjoy, and we have a really dedicated team working with us to make everything run smoothly,” Chris said.

Entrants will be judged in one of three categories: Band, marching unit or float. Prizes will be given for the best in each category. The reviewing stand is on the balcony of Ann O’Malley’s Irish Pub on Orange Street.

The St. Augustine Celtic Music & Heritage Festival was voted the Best Festival in St. Augustine and was the 2016 winner of Jacksonville’s Bold City Best Concert/Event. The annual event is set for March 10-12, 2017 at Francis Field in downtown St. Augustine.

The event features international bands Emmet Cahill, Albannach, and the Dublin City Ramblers and headliner The Real McKenzies, performing for the first time in St. Augustine. National bands Emish, Seven Nations, and Whiskey of the Damned will be on stage, along with regional group Jig to a Milestone.

The three-day St. Augustine Celtic Music & Heritage Festival is arguably the finest Celtic event in the United States, according to the international bands who perform here. The festival is set for March 10-12 in downtown St. Augustine, featuring internationally acclaimed Celtic bands, a pre-festival Whiskey Tasting, Highland games, Celtic shopping and food, live music, two stages, and a variety of entertainment — and the ONLY St. Patrick’s Day parade in Northeast Florida begins at 10 a.m. Saturday, March 11.

The St. Augustine Celtic Music & Heritage Festival is produced by Romanza – St. Augustine and is funded in part by St. Johns County Tourist Development Council, the State of Florida, Department of State, Division of Cultural Affairs, Florida Council on Arts and Culture, and by Visit Florida.