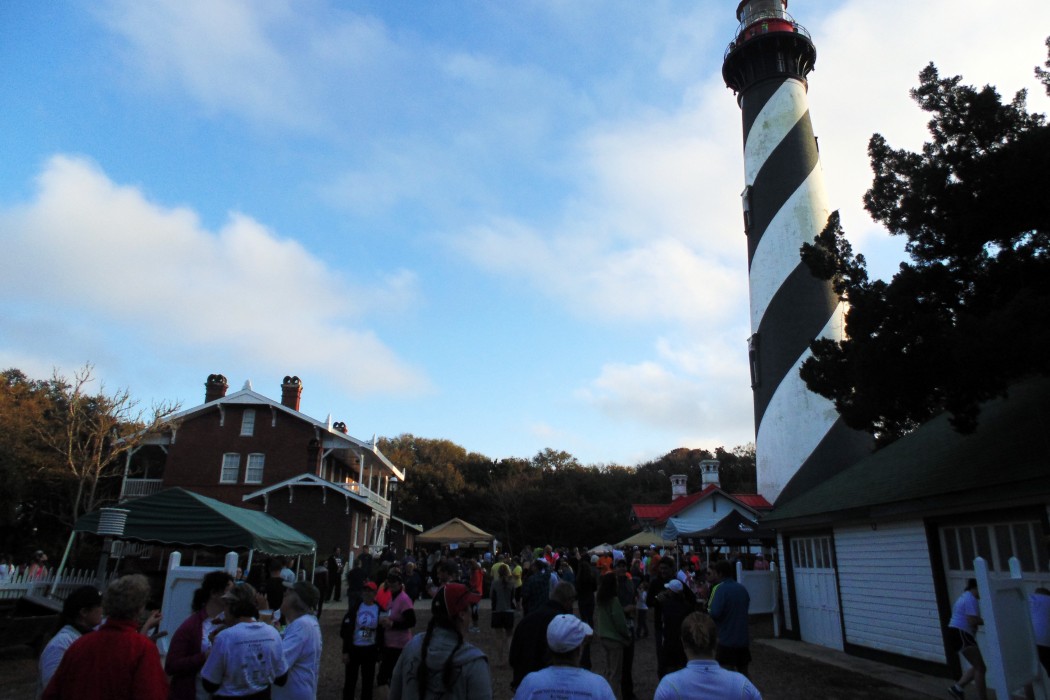 “We love working with the JSL on this community event,” said Kathy A. Fleming, Executive Director of the St. Augustine Lighthouse & Maritime Museum.

“Night Fest is a celebration of the shared effort and the preservation of the lighthouse tower, the Keepers’ house and the relighting of the original Fresnel lens.

The whole family can come out and enjoy free admission as we honor our parent organization and thank the community that helped them save this landmark.”

The St. Augustine Lighthouse & Maritime Museum will be open for free to all guests beginning at 4 PM. Visitors are invited to explore and climb the 219 steps to the top of the Lighthouse for a spectacular sunset view. Children’s activities will be offered, and guests can tour shipwreck exhibits, the conservation lab, view boat building, and walk the nature trail. Refreshments will be available for purchase. All proceeds support the non–profit Museum.

Members of the Junior Service League of St. Augustine led a massive community effort to restore to the St. Augustine Light Station between 1980 and 1995 after a fire gutted the 1876 lighthouse keepers’ house and left the grounds in disrepair. The US Coast Guard sold the house to St. Johns County and separated the tower and home with a chain linked fence.

“It was a safety hazard, and almost lost to history,” said Fleming. “The JSL turned back the bulldozers.”

Restoration on the Keepers’ House was completed in 1990 and a maritime museum opened by JSL volunteers. Tower restoration began shortly after guided by expert and late Museum Director, Cullen Chambers. That effort took four years. The JSL  signed a lease with the United States Coast Guard for the tower, which until 2002 continued to keep the light shining, but turned over restoration and public access to the League. The JSL also worked to save the original first order 1874 Fresnel lens after a vandal’s bullet damaged it and removal was ordered by the USCG. Imagine St. Augustine without this landmark.

The lens was re-lit during the first festival, called Community Day, in 1993. CNN covered the relighting and fireworks. The 145thanniversary of the historic lighthouse will be celebrated on October 15, 2019.

The maritime museum separately incorporated from the JSL in 1998 at the St. Augustine Lighthouse & Museum, but maintains a close and supportive relationship with its one-time parent organization. Today the League supports many community projects.

In 2002 the USCG gave the St. Augustine Lighthouse & Museum the lighthouse tower and the Fresnel lens through a new federal preservation law. Today the museum team keeps the light shining.

“Four members of the JSL still serve on our Board of Trustees,” said Fleming, and still others are community members of our working committees or Trustee Emeriti. Margaret Van Ormer is one of these. She is the woman who wrote the USCG asking for control of the lighthouse tower originally. She set the wheels in motion and her guidance along with a host of others remains critical to us today.”

The Museum’s mission is to “discover, preserve, present and keep alive the stories of our Nation’s Oldest Port.TM”

“It all began when the League raised $1.2 million from the community to restore the oldest brick structures in St. Augustine,” Fleming said.

The Museum receives an annual gift from the JSL of $7,500 generated by the Lighthouse Fun Run & 5K. Museum staff, along with 266 volunteers and community partners,  provide educational programs and perform original maritime research.

The Museum team cares for 19,000 artifacts, objects and archaeological specimens, some of which belong to the people of Florida. Museum educators and scholars provide a host of Nation’s Oldest PortTM programs, including winter, spring and summer camps for local children. Museum members enjoy monthly lectures highlighted by the museum Smithsonian affiliation, and staff travel to speak to local and regional organizations, as well as provide more than $250,000 of in-kind community support each year. About $500,000 is reinvested every five years in preservation work to protect the original JSL effort.

Funds raised through Night Fest and the Lighthouse 5K & Fun Run will help to continue to preserve the St. Augustine Light Station and keep the light shining. You too can step up and help support the museum by climbing, running, volunteering, becoming a member, making a donation or just visiting.

For more details go to staugustinelighthouse.org