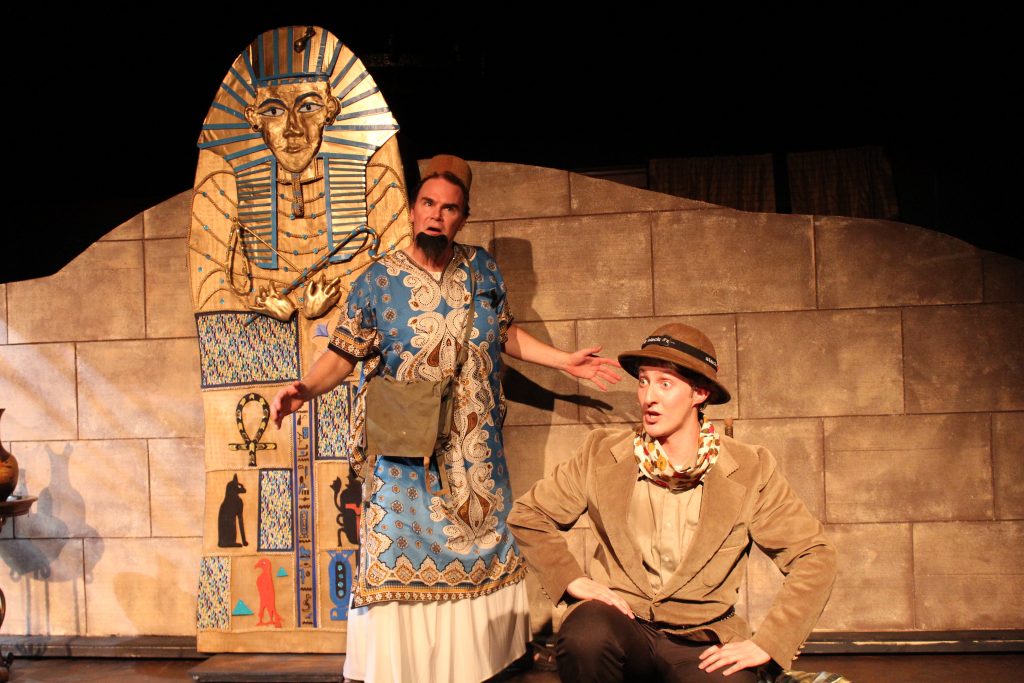 Chris MacEwan and Lucas Hopper play all the characters in The Mystery of Irma Vep – A Penny Dreadful at Limelight Theatre, on stage March 9-April 2. Photos by Renee Unsworth

St. Augustine, FL — This definitive spoof of Gothic melodramas, recently revived Off-Broadway to raves, is a quick change marathon in which two actors play all the roles. A sympathetic werewolf, a vampire and an Egyptian princess brought to life when her tomb is opened make this a comedy that has everything. 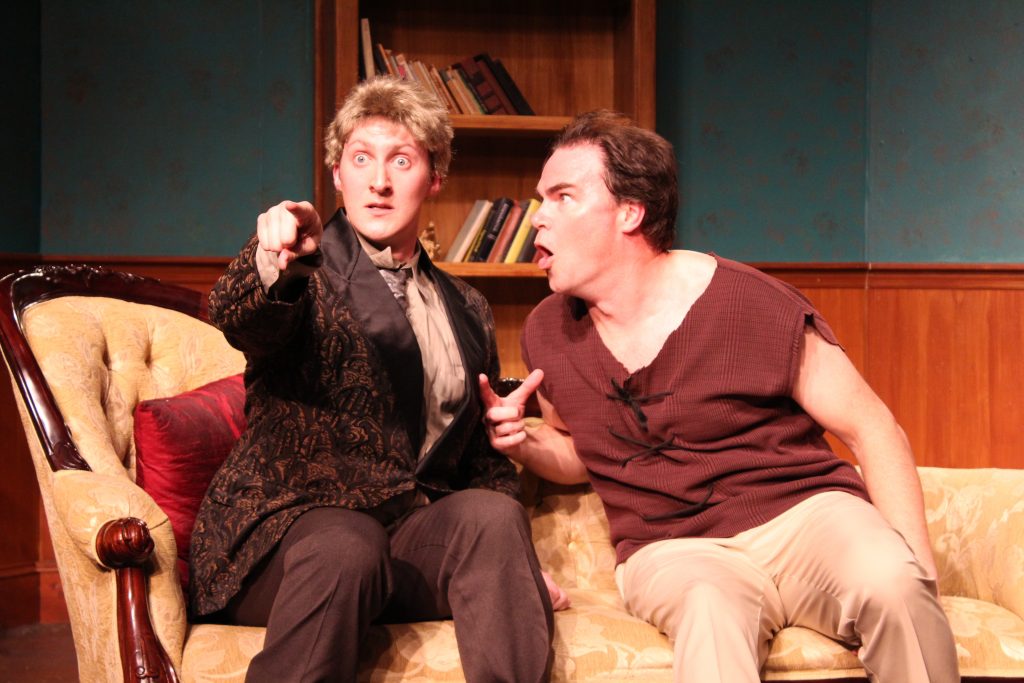 Lucas Hopper as Lord Edgar Hillcrest and Chris MacEwan as Nicodemus Underwood in a scene from The Mystery of Irma Vep.

MacEwan was last seen on the Limelight stage as Tom Joad in The Grapes of Wrath. He also played Bill Sykes in Oliver! in 2014. His early acting career had him in Buffalo and NYC, performing in such shows as The Mousetrap, Macbeth and WARP! He appeared on television in All My Children, One Life to Live, and Saturday Night Live. He now lives in St. Augustine with his wife, Kim, and their son and daughter. Chris has been an active member of the Limelight Theatre Board of Directors since 2013.

Hopper was last seen on the Limelight stage in The Boys Next Door. His previous credits in the Jacksonville area include roles in Celebration, Never The Sinner, Cotton Alley, One Man, Two Guvnors, and Lombardi.

“This show relies on its crew in order for it to work,” said Director Matthew Whaley. “The transitions between scenes, the quick changes needed, the countless number of props, costume pieces, etc. .. The crew is the backbone of this show and I am thankful for how organized, enthusiastic, amazing, dedicated, and thorough they are.” 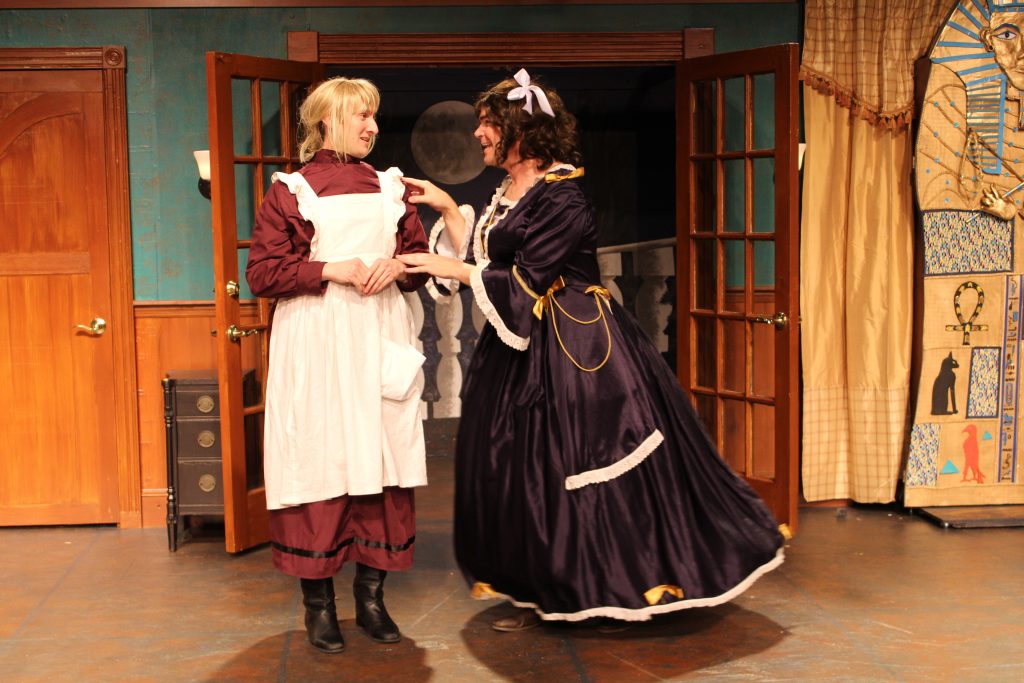 Lucas Hopper as Lady Jane and Chris MacEwan as Lady Enid Hillcrest in a scene of The Mystery of Irma Vep.

Tickets are $26 for adults, $24 for seniors, $20 for military and students, and $10 for student rush (30 minutes before each performance). Reservations can be made at limelight-theatre.org or by calling the box office at 904-825-1164. Free parking is available on site or streetside.

“Far and away the funniest two hours on a New York stage… What more meaningful gift could Ludlam bequeath [audiences] than to leave them eternally laughing. ” – The New York Times

“A really good laugh… The story has to be seen to be believed.” -The New York Post

“Lunatic fun that keeps you in stitches.” -The New York Daily News

March 30: Duran Duran will return to the St. Augustine Amphitheatre

From the St. Johns County Cultural Events Division St. Augustine, FLÂ â€“ In what is promising to be one of the most eagerly anticipated tours…