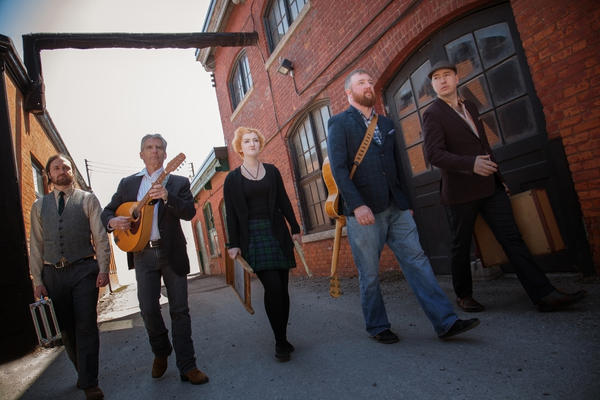 The Steel City Rovers will bring back what they call CELTIBILLY music to the main stage of the St. Augustine Celtic Festival on Saturday, March 9. The event takes place March 8-10 at Francis Field in downtown St. Augustine.

Lead singer/songwriter Ryan McKenna characterizes their style as a “new stew made with an old recipe.” His brother Joel plays acoustic guitar, with Dave Gould on drums, Dave Neigh on the fiddle and Mark Fletcher on pipes and more.

From steelcityrovers.com: “The cross-pollination of the Celtic and North American Traditions is what we call Celtibilly.”

The Rovers stand out for their powerful, emotive vocals and engaging entertainment. They perform on meticulously crafted replicas of historical instruments that rarely appear on today’s musical landscape.

The St. Augustine Celtic Music & Heritage Festival has been voted Best Concert/Event in the “Bold City Best” in the Jacksonville region and Best Festival in St. Augustine for 2 years in a row.

Other musicians returning to the 2019 event include fan favorites Dublin City Ramblers, Albannach, Seven Nations, Emmet Cahill and Poor Angus.  Two new bands to the Festival this year are composed of talented sisters, The Gothard Sisters and Screaming Orphans.

Though all the musicians above have been headliners at Celtic Festivals throughout the world, The St. Augustine Festival is known as the finest Celtic Music Festival in the U.S. as it presents 8 major headliners.

The event begins on Friday, March 8 with a pre-festival Whiskey Tasting, and continues Saturday and Sunday with live performances on two stages. It also features The St. Augustine Highland games, Celtic artisans and food, and kids’ games. The world’s original St. Patrick’s Day parade, begun in 1601, takes place at 10 a.m. on Saturday, March 9.

The St. Augustine Celtic Music & Heritage Festival is produced by Romanza – St. Augustine and is funded in part by St. Johns County Tourist Development Council, the State of Florida, Department of State, Division of Cultural, Florida Council on Arts and Culture, and by Visit Florida.

The Palatka High School Theatre Department presents Disneyâ€™s Beauty and The Beast May 8, 9 and 10. Director Jim Pignato always puts on his…