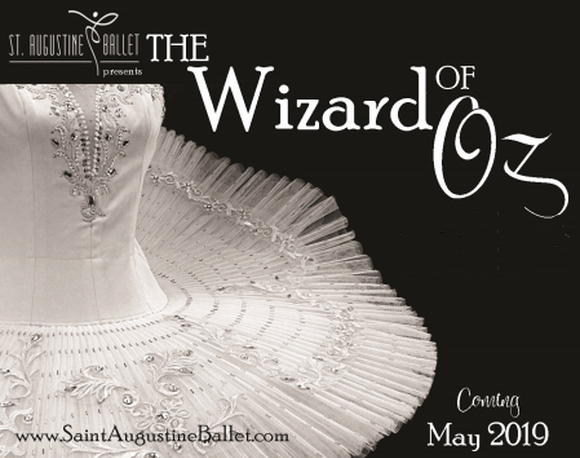 Growing up in the 1950s and 60s there were two annual television events most kids, including myself, included on their must-watch list.

Back then there were no video tapes, DVDs or DVRs, cable or satellite on-demand, streaming videos or other personal entertainment options.

If you lived near a big city you had a handful of channels on your television, which usually included the three major networks, ABC, CBS and NBC.

Once per year there was a national broadcast of Peter Pan starring Mary Martin. It was also customary for one of the national networks to annually broadcast the 1939 classic movie, The Wizard of Oz.

That was it. You missed one of these two broadcasts, you had to wait till next year. TV Guide magazine was a lot more important back then than it is today.

I loved these two classic adaptations and am generally not a big fan of “remakes.” So I wasn’t overly optimistic when the St. Augustine Ballet announced four years ago that it planned to present The Ballet of Peter Pan as its springtime ballet.

As it turned out, I should have been loaded with optimism. After attending the ballet, here’s what I wrote in a Totally St. Augustine column:

“The Ballet of Peter Pan, however, was much more than just watching a bunch of great kids showcase their dancing skills. It was an entertaining and energizing exhibition that was extremely fun to watch. In fact, if the dancers were having half as much fun as the audience (and they undoubtedly were), then auditions for the 2016 version will be standing room only.

This long introduction is my way of suggesting that St. Augustine theater-goers would be making a big mistake if they miss buying a ticket to St. Augustine Ballet’s production of the Wizard of Oz. It is scheduled for Mother’s Day weekend (May 11-12, 2019).

There is a Saturday show at 7 p.m. and a Sunday matinee at 2 p.m. The venue is Flagler College’s Lewis Auditorium in downtown St. Augustine.

I spoke with Assistant Ballet Director Emily Masson who said the adaptation might be best described as “youthful and playful.” She concluded, “The audience will easily perceive that all the dancers and players on stage are having fun.”

In addition to ballet, there will be tap, jazz and modern dance numbers. Musical Director Carolyn Karger, who also compiled the music for Peter Pan, has assembled a score that can be best described as jazzy and contemporary.

Masson also promised there are some special effects planned that should delight all audiences, especially children.

St. Augustine Ballet Director Luis Abella reminded me St. Augustine Ballet is a 501(c)3, non-profit organization that believes dance is an essential part of any thriving community. He said that community support has allowed him to produce annual springtime ballets in St. Augustine for 10 consecutive years. These are in addition to the holiday presentation of the Nutcracker.

“These ballets are expensive to produce and ticket sales alone won’t pay the bill,” Abella explained. “Luckily corporate and individual sponsors have stepped forward to help us make ends meet. We invite continued and new participation.” 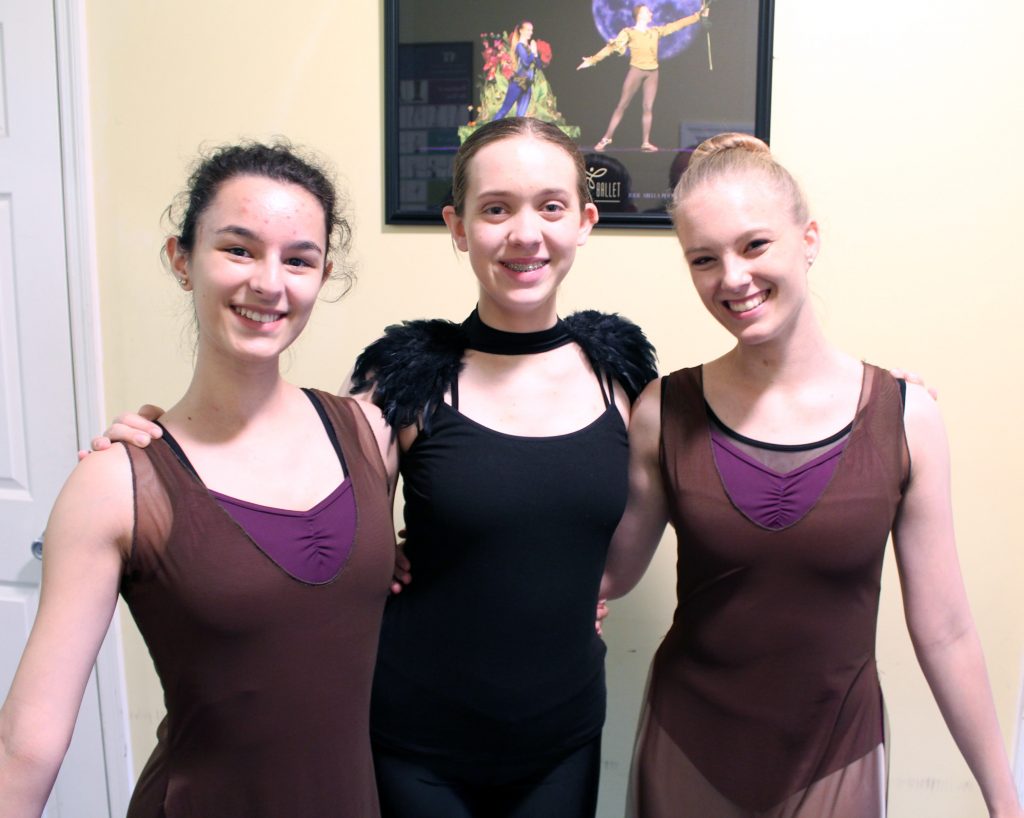 Three dancers who are part of the Kansas tornado take a short break from Saturday rehearsal. They are, from left, Zana Schiano, Lexi Brockway and Jenny Albanesi.

When I was a kid I had only one day per year to watch The Wizard of Oz. You have double the chance to see this year’s ballet. And don’t just take the kids. After all, it’s Mother’s Day weekend. Buy mom a ticket too.