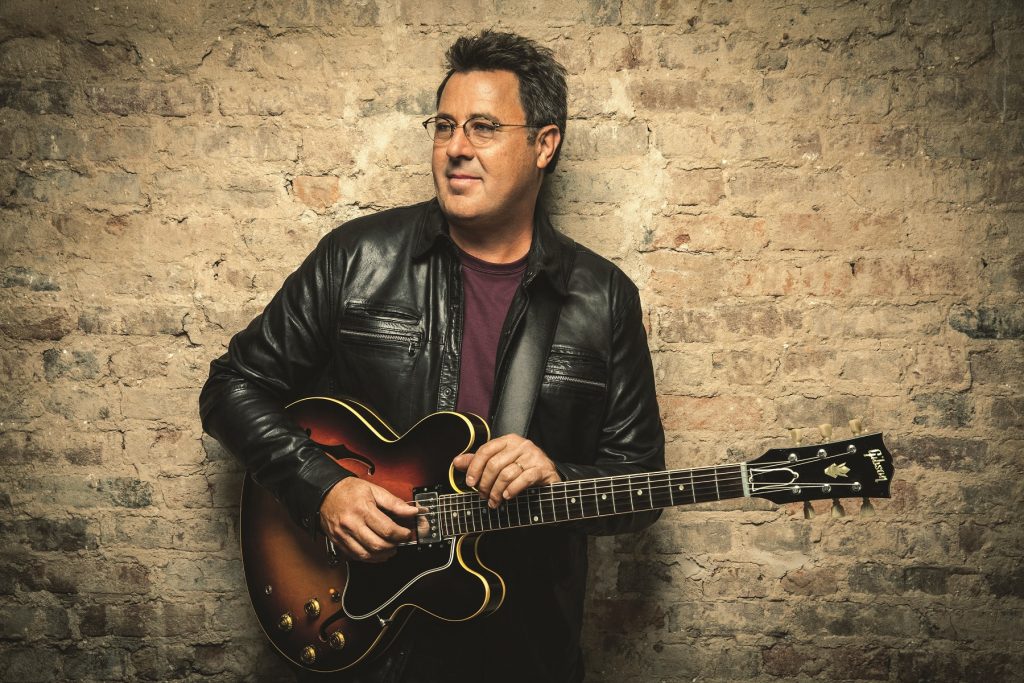 St. Augustine, Fla. – Country Music Hall of Famer and Grammy award-winning artist Vince Gill will be live at the St. Augustine Amphitheatre on Sunday, November 11, 2018. Tickets for Vince Gill go on sale to the general public this Friday, June 8 at 10 a.m.

One of the most popular and most recorded singers of the past quarter-century, superstar Vince Gill has become the measure of excellence in country music. His vocal performances are spellbinding, his songwriting emotionally powerful and his guitar-playing world-class. Gill, along with his top-notch band will be performing at the St. Augustine Amphitheatre on Sunday, November 11, 2018.

Gill achieved his big breakthrough with “When I Call Your Name,” which won the Country Music Association’s Single of the Year award. Since then, he has won 17 more CMA honors, including Song of the Year four times – making him the most-awarded artist in that category in CMA history. Since 1990, Gill has received 21 GRAMMY Awards and has sold more than 26 million albums. The Academy of Country Music has handed Gill 8 awards, including their prestigious “The Home Depot Humanitarian Award” and the “Career Achievement Award.” Gill was inducted into the Country Music Hall of Fame in 2007. He is also a member of the Grand Ole Opry. In August 2012, Gill was honored with a star on the Hollywood Walk of Fame. In addition to his solo work, Gill was invited last year to join the Eagles for a number of festival shows and continues to join them onstage throughout 2018. He is also a member of the Grammy-winning band The Time Jumpers.

Gill’s high, pure tenor voice and unerring sense of harmony have caused dozens of artists – from Reba McEntire to Dolly Parton to Barbra Streisand – to embrace him as a duet partner. He is both a world-class guitar picker and a wide-ranging songwriter whose compositions earned him entry into the Nashville Songwriters Hall of Fame in 2005. Gill has produced albums for LeAnn Rimes, Amy Grant as well as Ashley Monroe and has made guest appearances on over 500+ albums including Eric Clapton, Willie Nelson, George Jones and more.

After working more than 40 years as a professional musician, Gill has established himself as one of the most successful guitarists of his generation. Combining a deep knowledge of Americana, bluegrass, and classic country with the fire of ’60s rock, Gill has earned a place next to his musical heroes.

Tickets for Vince Gill go on sale to the general public this Friday, June 8 at 10am at the St. Augustine Amphitheatre and Ponte Vedra Concert Hall Box Offices. Save on fees by purchasing tickets at the St. Augustine Amphitheatre Box Office and have first pick when the tickets go on sale at 10am. In honor of Veterans Day 2018, there will be limited number of specially-priced military tickets in Section 200. Active and retired military may purchase seats in Section 200 for a reduced price of $34.00 at the Box Office with valid military ID. Tickets also will be available at ticketmaster.com or by phone at 800-745-3000. Go to www.staugamphitheatre.com for more details