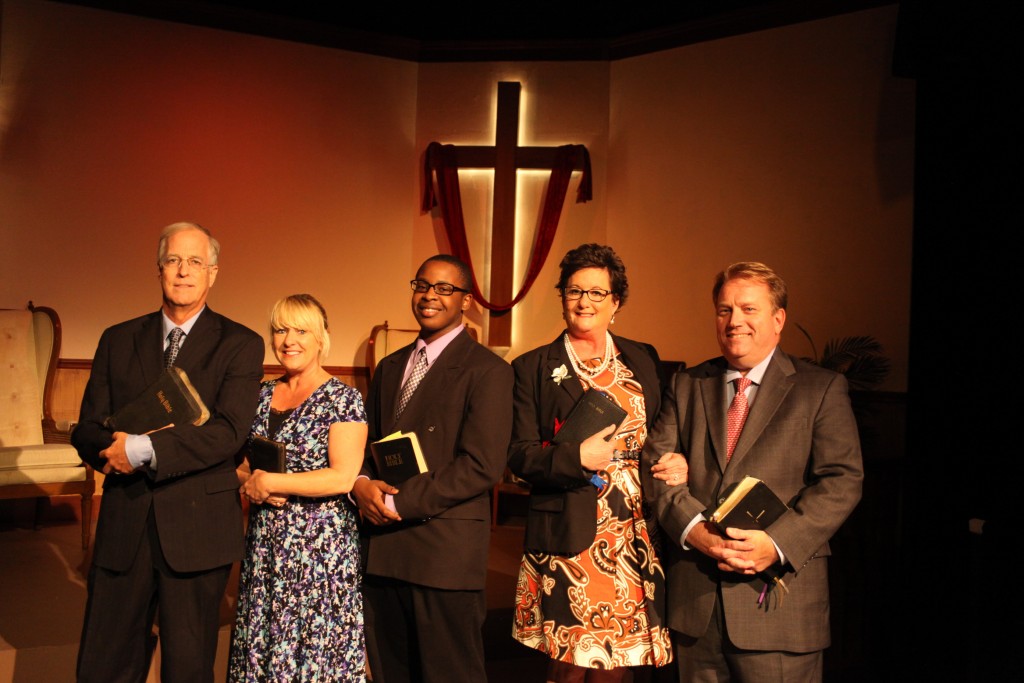 The cast of The Christians, from left, Jim Fellows as Elder Jay; Jennifer Latka as Jenny; Daniel Carter as
Associate Pastor Joshua; Tracey Gallagher as Elizabeth; and Everette Street as Pastor Paul.

Written by Lucas Hnath, the play is currently on stage at Playwrights Horizons in New York City. It was first introduce at the Humana Festival of New American Plays (where Charles Isherwood of The New York Times called it â€œthe finest of the bunchâ€). It has also been staged at theaters in Texas and Ohio.

Directed by Richard Curran-Kelley, this thought-provoking play asks, â€œWhat does it take to be a Christian in todayâ€™s world?â€ 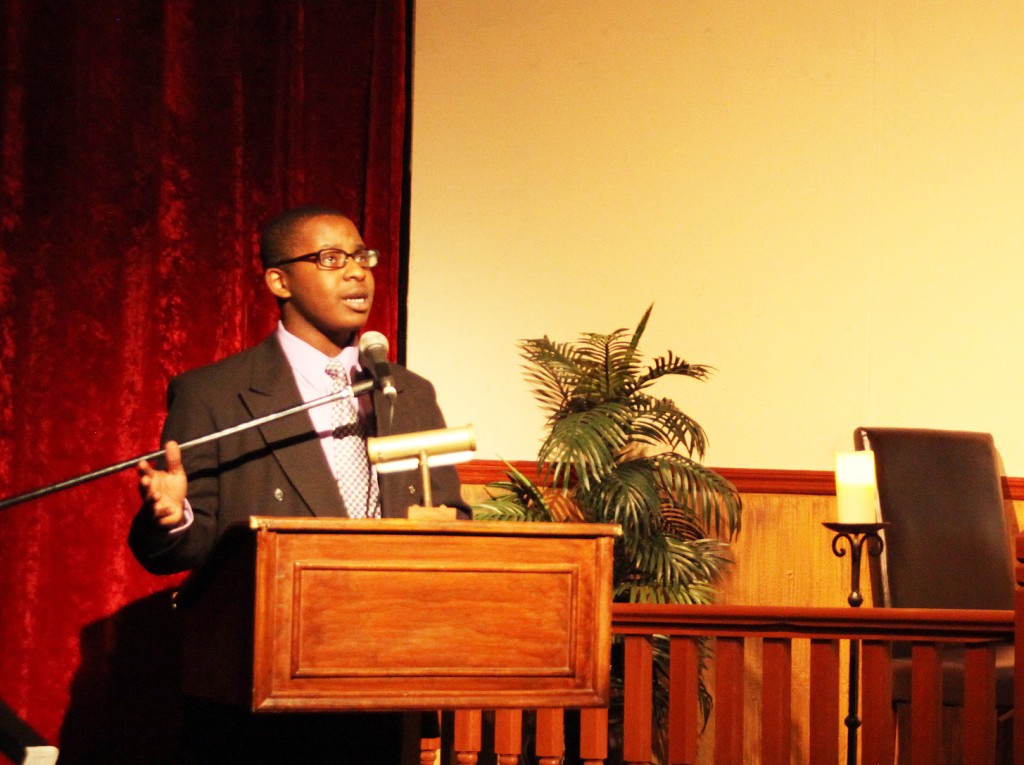 Daniel Carter as Associate Pastor Joshua in The Christians, on stage Oct. 23 through Nov. 15 at Limelight Theatre.

THE STORY: Twenty years ago, Pastor Paulâ€™s church was nothing more than a modest storefront. Now he presides over a congregation of thousands, with classrooms for Sunday School, a coffee shop in the lobby, and a baptismal font as big as a swimming pool. Today should be a day of celebration. But Paul is about to preach a sermon that will shake the foundations of his churchâ€™s belief. A big-little play about faith in Americaâ€”and the trouble with changing your mind.

Opening night on Oct. 23 includes pre-show champagne and a meet-the-cast party following the performances. Show times are 7:30 p.m. Thursday-Saturday, with a 2 p.m. Sunday matinee. Two Terrific Tuesdays feature two tickets fro $30 on Oct. 27 and Nov. 3. Tickets to all other shows are $26 for adults; $24 for seniors; $20 for students and military; $10 student rush tickets (30 minutes prior to each performance); and one free child ticket (12 and younger) with full price paid adult ticket. 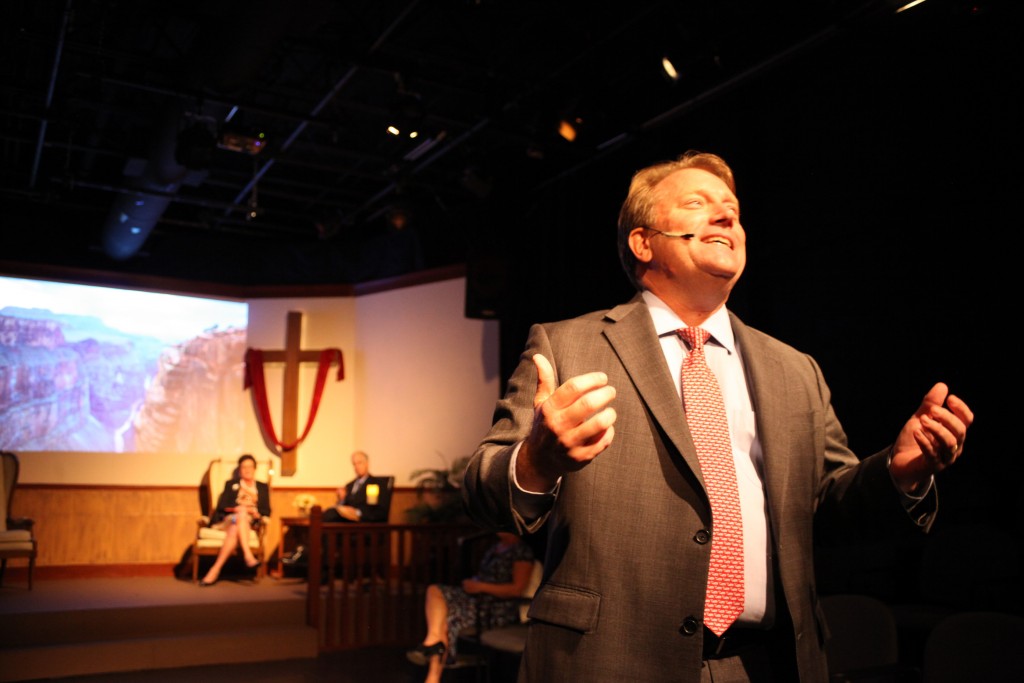 Everette Street as Pastor Paul in The Christians, on stage Oct. 23 through Nov. 15 at Limelight Theatre.

â€œâ€¦ raises probing questions about how and why organized religion can be a divisive, if not abusive, social force â€¦ consistently combines formal invention with intellectual inquiry. Mr. Hnath is quickly emerging as one of the brightest new voices of his generation.â€

â€œâ€¦ powerful, riveting â€¦ handles a complex and intellectual debate in a relatable way and that, more importantly, shows the human and real consequences of choices based in spirituality.â€

â€œâ€¦ plants the audience squarely in the thick of the battle â€¦ utterly engrossing â€¦ many attendees bowed their heads at each call for prayer before reminding themselves that this is, in fact, just a play.â€

By LORRAINE THOMPSON This is the time of year when St. Johns County beaches get cluttered with seaweed. Atlantic,Â winds and currents have caused sargassum…