The cast of Oliver!, on stage June 5 through July 6 at Limelight Theatre, 11 Old Mission Ave. Photo by RENEE UNSWORTH

The musical, â€œOliver!,â€ will be staged June 5 through July 6 at Limelight Theatre, 11 Old Mission Ave., in uptown St. Augustine.

Written by Lionel Bart, the production is a musical adaptation of Charles Dickens’ story. The show tells the story of Oliver, an orphan who runs away from his cruel caretakers only to land himself in trouble with the wrong kind of people. As he navigates his new life, he finds hope in the kindness of newfound friends.

â€œOliver!â€ is directed by Tom Fallon, who wears several hats in the professional world â€” working on set building at Limelight Theatre and in the film business as a location manager and assistant director for commercials. Heâ€™s worked on film projects such asÂ Baptist Health, Chase Bank, JEA and Embril.

The lead role, Oliver, is played by 12-year-old Alexander Lawless, who has performed in two shows at Alhambra Theatre & Dining in Jacksonville and in The Sound of Music last year atÂ The Wick Theatre in Boca Raton. This will be his first time on the Limelight stage, singing solo soprano songs asÂ the main character in Dickensâ€™ classic tale.

He is the son of Chase and Patrice Lawless, who reside in north St. Johns County.

Lawless will share the stage with his sister, Savannah, age 10; and 11 other local children who play orphans. The cast of childrenÂ includes Jack Rose as Artful Dodger; Kyle Thompson as orphan and Artful Dodger understudy; Evan Gray as orphan and Oliver understudy; Ella and Gracia Romaine, orphans; Ashley Herbert, Henry Purtill, Gavin Downs, Will Gooden and Kyler Unsworth, as orphans; and Emily Onimus, as Bet and an orphan. 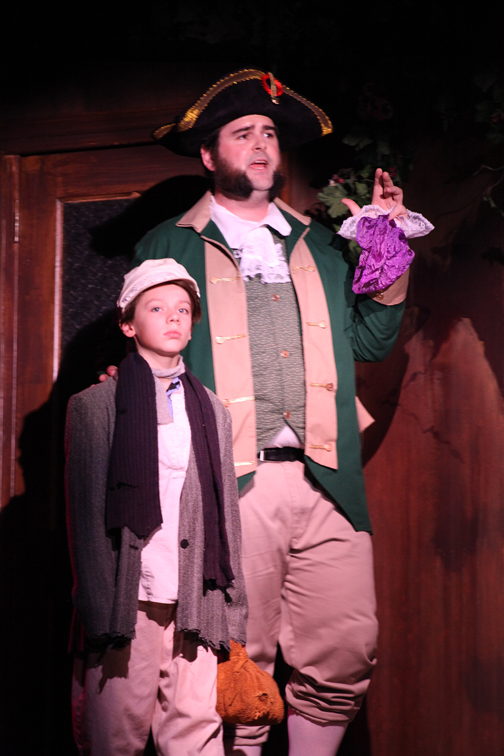