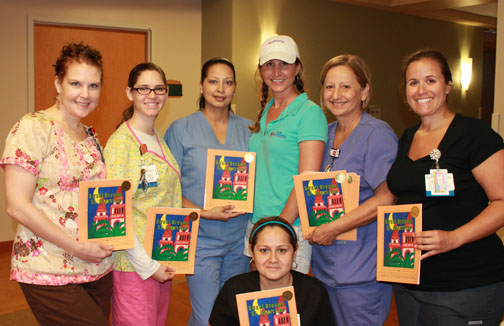 Working in the wireless sales industry for the last 18 years, John Cortese has seen enoughÂ cell phones thrown away to fill the St. Augustine Lighthouse.

But now, as owner of the CellularÂ Phone Hospital in St. Augustine, heâ€™s in the business to save the earth one electronic device at a time.

It is estimated that every year, over 140 million cell phones end up in U.S. landfills.Â From there, the waste is crushed, compacted or burned, until everything that was once safelyÂ encapsulated in the phoneâ€™s casing is exposed. Consequently, over time, toxins such as lead,Â mercury and arsenic are leached into the air, ground and water.

If itâ€™s enough to make you sick, Cortese says, he has a greener prescription.

And Cortese isnâ€™t alone in his new endeavor. His wife, Diane, is also with the company.Â A former social studies teacher in St. Johns County, she says that once she began researching theÂ statistics involving electronic waste, she was completely astonished and knew they had foundÂ their familyâ€™s chance to help the environment.

â€œMost people donâ€™t even realize that fixing your cell phone is a viable option,â€ saysÂ Diane. â€œBut it turns out that the procedures to repair cracked screens, water damaged phones,Â etc. are all typically quick, easy and financially painless when compared to buying a brand new product.”

This insight was driven home when their 4-year-old son accidentally dropped Johnâ€™sÂ smartphone on the driveway, resulting in a cracked screen.

â€œWe were our own first customers!â€Â they joked.

The couple is thrilled to be working together for the first time in 17 years.

â€œWeÂ actually met while working in sales for a major wireless carrier in Jacksonville back in the late 90s,” Diane says.

They provide same-day service on a walk-in basis and will soon offer small-group technology classes where students will learn to use their smartphones and tablets moreÂ proficiently.

The Big Orange Chorus  will present a hopiday concert his Sunday night at Ancient City Baptist Church.  This is this group’s debut performance in…