A still shot from the film Falling South by Lorraine Portman which will be on screen in January 2018 during the Saint Augustine Film Festival.

Lorraine Portman is a North Florida filmmaker based in Pomona Park.  Her latest short film, Falling South, premiered in the Cayman International Film Festival in July and has been playing festivals and winning awards nation wide. The filmmaker is bringing the film home to the 8th annual Saint Augustine Film Festival, which runs Jan. 18-21, 2018 in St. Augustine, Florida.

Many of the local cast and crew will be in attendance at the screening on January 20. Writer/Director Lorraine Portman will be doing a Q & A after the film plays. 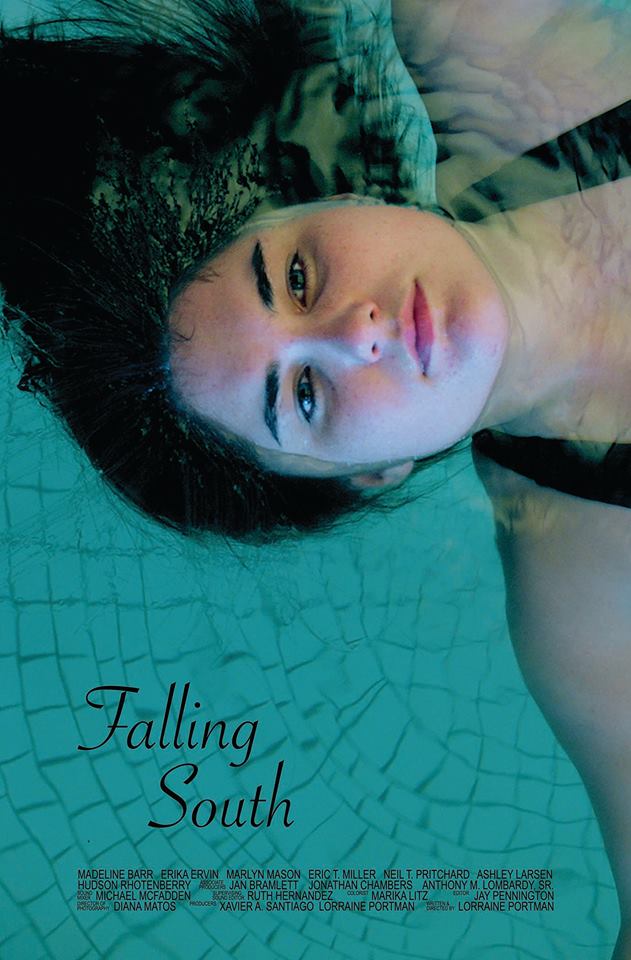 Falling South will play in the Gamache-Koger Theatre in the Ringhaver Student Center on the Flagler College Campus.  Saturday, January 20 at 6:45 p.m. Single tickets available for purchase at the door.

Get tickets to the Saint Augustine Film Festival here:

The cast of Falling South is talent-rich. Many of the actors have appeared in familiar television shows and movies.

Falling South is the first starring role for lead actor Madeline Barr.  She is a graduate of New York University’s  Tisch School of the Arts Experimental Theatre Wing. Madeline has been working with some of the best New York theater talent, Stephen Spinella, Austin Pendleton, and Stephen Adly Guirgis. Madeline is the niece of Philip Seymour Hoffman. She followed in his footsteps, attending Tisch. He was a mentor and supportive of her training.

Other Falling South cast members include Marlyn Mason and Eric T. Miller. Marlyn is loved the world over by Elvis fans.  She was Elvis’ leading lady in The Trouble with Girls.  Marlyn has also appeared in most of our classic television shows: The Odd Couple, Marcus Welby, M.D., Barnaby Jones, Bonanza, and many more.

Eric T. Miller is a New York City based actor who often brings new plays to life and has appeared on a number of television shows: Person of Interest, The Black List, The Unusuals, and Elementary. 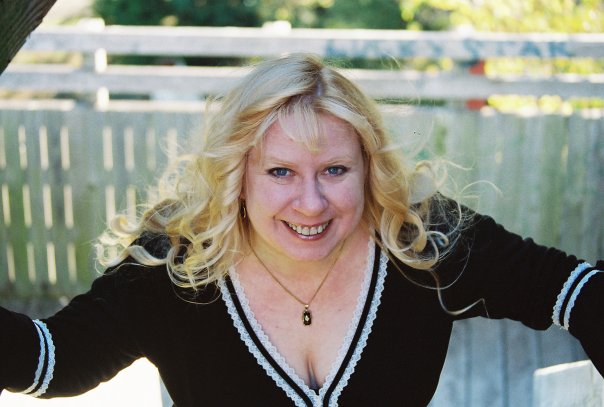 Writer/Director/Producer Lorraine Portman is an award winning Playwright, Screenwriter, and Filmmaker. She taught Playwriting and Screenwriting at Flagler College in Saint Augustine, Florida for ten years. She holds a B.A. in Theater from Smith College and M.F.A. in Film from Florida State University. Lorraine also attended the National Theater Institute at the Eugene O’Neill Theater Center. She has written and directed seven short films and a feature. Lorraine has directed plays at The Limelight Theater and The Flagler Playhouse. Her screenplays have been placing in national and international competitions. Lorraine was presented with the Paul Schrader Best Screenplay award by James V. Hart this year at the Cayman International Film Festival for one of her screenplays. Mr. Hart was presented with a lifetime achievement award the same evening for his work on HOOK, CONTACT, BRAM STOKER’S DRACULA, and many more.

Falling South is about a woman who puts Rochester in the rear view as she runs away from the life she has known. She has never been on her own and doesn’t know if she’ll make it as her resources are stripped away. She meets diverse women who offer connection, insight, and laughter on the road to Florida and a possible new life.

The cast and crew represent a very diverse group of people, with women in many key positions. Director of Photography Diana Matos has solid credentials as a camera assistant on TV Shows, Younger, House of Cards, and Project Runway, major motion pictures, Ricki and the Flash, Ghostbusters, and more, and has been shooting indie movies as the head of the camera department. Diana has been based in New York City but recently moved back to her home town, Miami.

The cast and crew went on a two thousand mile road trip in October 2016 to make the film.  They shot on location in Niagara Falls, Ontario; Rochester, New York; Chattanooga, Tennessee; Tennga, Georgia; Crescent City, Pomona Park, and Pierson, Florida.  There are worlds in this film that have never been explored on screen before. North Florida is vividly and beautifully portrayed in the film.

During the shoot, Hurricane Matthew hit Florida and the filmmakers returned to find locations with downed trees and homes without air conditioning and water.

There are future screenings in The Austin Revoluation Film Festival and the Chandler International Film Festival.

Falling South has been recognized with a number of awards including Best Overall Foreign Short, the Audience Choice Award for Short Film, Best Produced Screenplay, Best Cinematography, Best Short Film, Best Director, and the “Every Woman” Award for best film, short or feature, about women’s experience.

Several of the actors have been nominated for their performances in the film. Marlyn Mason has been awarded Best Supporting Actor. Madeline Barr has twice been runner up for Best Actress. Diana Matos’ work as cinematographer has been recognized with a Best Cinematography award.

FALLING SOUTH will play in the Gamache-Koger Theatre in the Ringhaver Student Center on the Flagler College Campus.  Saturday, January 20th at 6:45 pm. Single tickets available for purchase at the door.

Get tickets to the Saint Augustine Film Festival here: www.staugfilmfest.com/tickets

Florida Heritage Book Festival will debut “Read a Film” The Friends of the Corazon Inc (FOCI), in partnership with the St. Johns County Library…