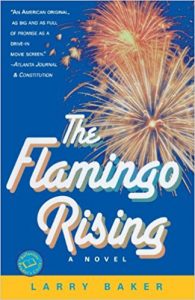 The Friends of the Corazon Inc (FOCI), in partnership with the St. Johns County Library Public System, are proud to present a new program called “Read a Film.” FOCI is kicking off the new program during the Florida Heritage Book Festival, with The Flamingo Rising by Larry Baker. This coming-of-age story is set in a drive-in theater in 1960’s era Jacksonville, Florida.

The Flamingo Rising is a big, touching, hilarious debut novel about loving, feuding, fireworks — and your average extraordinary family whose home is the largest drive-in movie theatre in the world.  Presenting a quirky, memorable story, Baker’s delightful first novel is both effective and inventive.  The plot is full of twists, the characters are unforgettable. The Flamingo Rising is truly a nostalgic read for native Floridian’s.

The screening and discussion will take place at 4 p.m. September 23, 2017  at the Corazon Cinema and Café, 36 Granada St., next to the Lightner Museum in Lightner Museum. 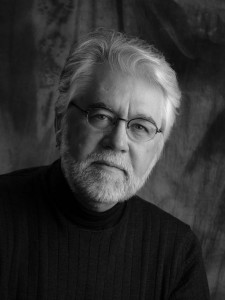 Author Larry Baker will be at the Corazon Cinema and Café to sign books and discuss the film.

Copies of the book will be available August 1, for $20 at the Corazon Cinema and Café.  A portion of the sales will go to support programming sponsored by the Friends of the Corazon, Inc (FOCI).

The Flamingo Rising was filmed in and around St. Augustine, Florida during the summer of 2000.  Starring William Hurt, Elizabeth McGovern, and Brian Benben, the production also employed local actors and residents in supporting parts and as extras.  Many familiar St. Augustine faces can be seen throughout the film!

Locations that appear in The Flamingo Rising include the St. Augustine Airport, Magnolia Avenue, the Cathedral Basilica, the Plaza downtown, the Lightner Museum, Flagler College, and points around Marineland, where the set of the drive-in theatre was built.

Admission to this event is FREE.