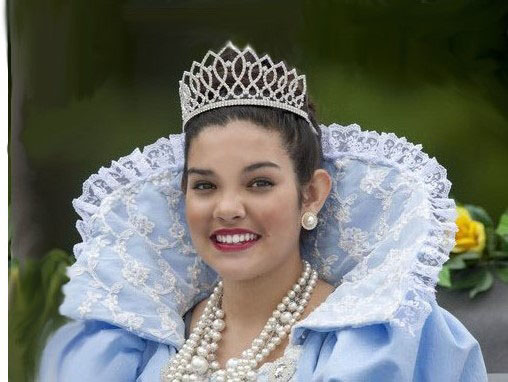 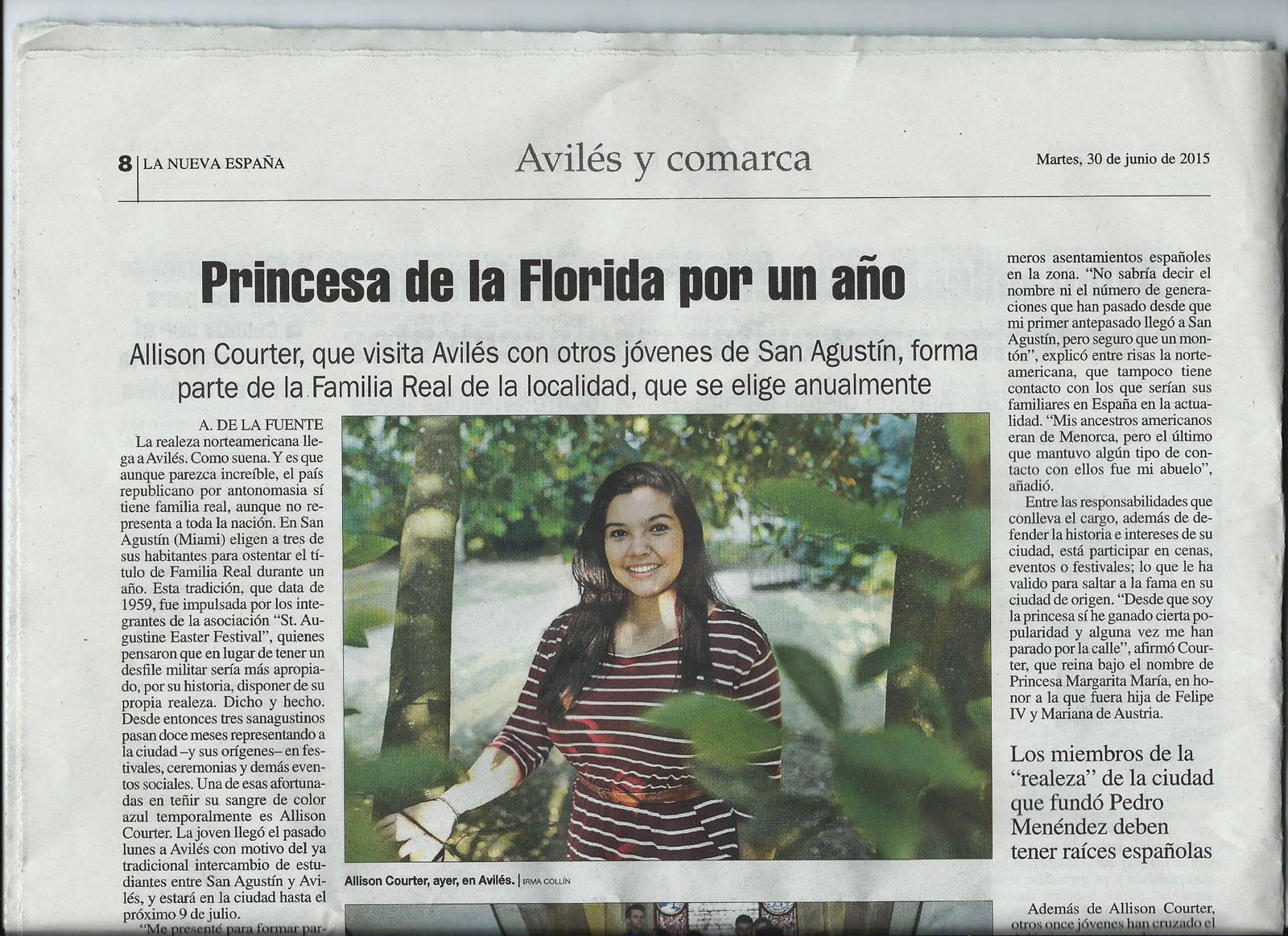 A feature in the Aviles newspaper spotlighted Allison during her visit to that Spanish city as a Sister Cities exchange student.

Allison Courter has special memories of her recent trip to Spain as part of the Sisters Cities Student Exchange Program.

The Pedro Menendez High School student was part of a group who traveled with Len Weeks, Sister City president..

The exchange group visited Aviles, where Allison, who is portraying Princess Margarita Maria in the 2015 Easter Festival Royal Family, was a guest of the Santos family. Later, Santos daughter Ana visited St. Augustine, staying with the Courter family for two weeks. Highlights of her stay here included visits to St. Augustine sites and a trip to Disney World.

Allison was chosen as 2015 Princess Margarita Maria for her Menorcan heritage on her mother, Mary Courter’s side. Allison’s grandfather, Charles Mangus Sr., is the son of Leonice Masters Mangus, a descendant of Leo Masters and Mary Triay. Allison also has Spanish roots from her grandmother, Delia Vigil Mangus, who traces her family back to the Salazar’s Baca and Vigil from Spain. And during Ana’s visit in St. Augustine, she shared the fact that there are many Vigils still in Aviles.

Allison, according to her grandmother, is thrilled to represent St. Augustine as part of the Royal Trio during St. Augustine’s 450th anniversary celebration. The Royal Trio – the boy King Carlos, Queen Isabella and Princess Margarita Maria represent the ruling family in Spain in 1672, the year construction was begun on St. Augustine’s Castillo de San Marcos.

July 20-Aug. 19: Heathers The Musical on stage at Limelight Theatre