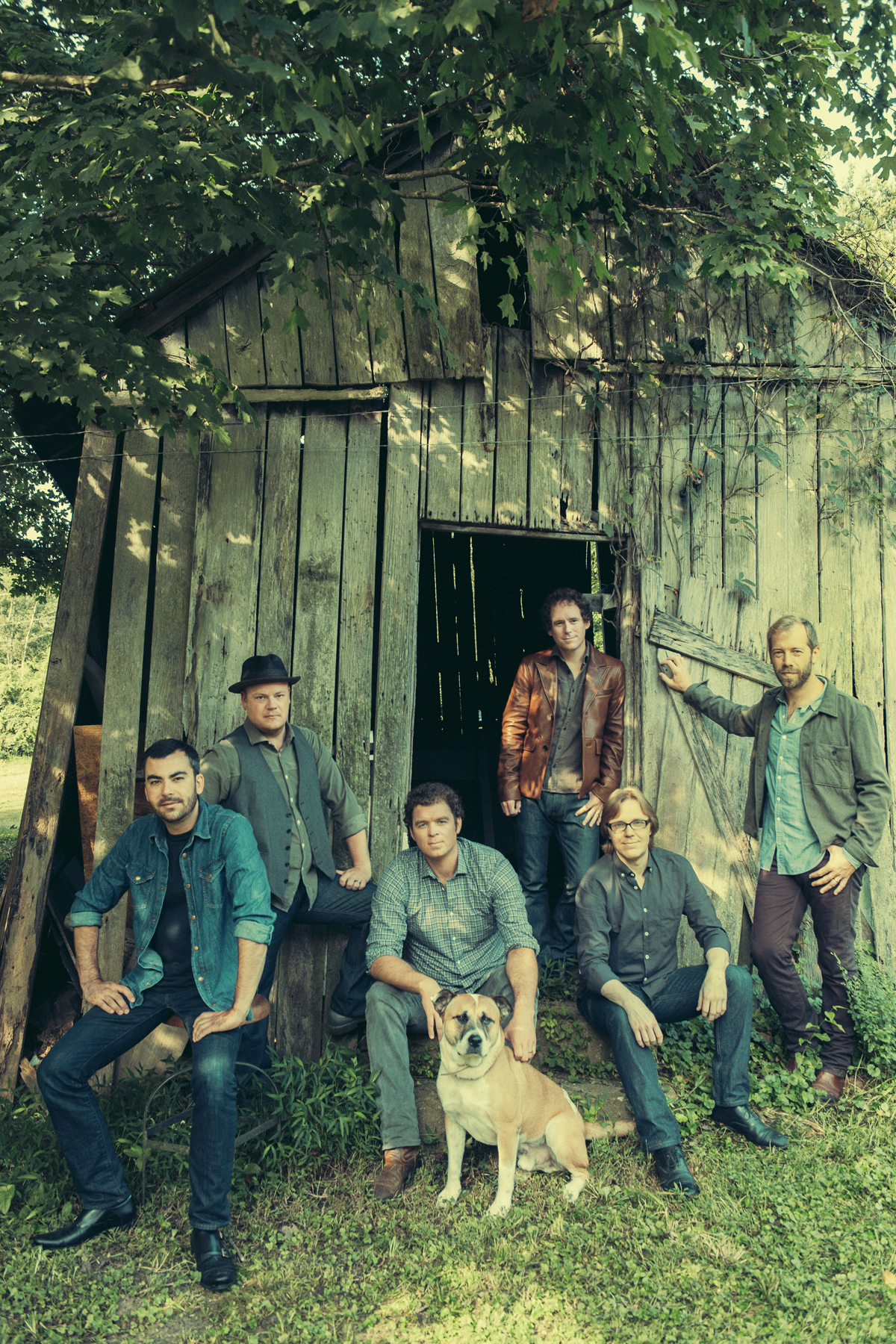 The Steep Canyon Rangers started as a group of friends playing music together for fun, but after more than a dozen years together, they are instantly recognized as one of the most successful bluegrass bands touring today.

The group’s recordings and dynamic live performances have earned them many accolades, including Grammy and IBMA Awards, but most important, is the devotion of their fans. The Steep Canyon Rangers are Woody Platt (guitar), Graham Sharp (banjo), Charles Humphrey (bass), Mike Guggino (mandolin), Nicky Sanders (fiddle) and Mike Ashworth (box kit).

The Steep Canyon Rangers play progressive bluegrass music firmly rooted in tradition, with smart, original songs. They are seasoned and dynamic, never failing to thrill their audience with instrumental dexterity and speed, tight harmonies, and the fun they obviously have on stage.

Ever growing and evolving, the Steep Canyon Rangers keep things interesting by performing at an eclectic mix of venues ranging from NYâ€™s Carnegie Hall to a stand up rock clubs; jam band festivals to traditional bluegrass festivals. They tour between 125 and 150 dates per year, typically splitting their schedule between their own shows and sharing the stage with actor/comedian and respected banjo player Steve Martin and, more recently, with Steve and Edie Brickell.

The Steep Canyon Rangers previously performed at the Ponte Vedra Concert on January 31, 2014 and performed at the St. Augustine Ampthitheatre with Steve Martin and Edie Brickell on May 26, 2013.

The Steep Canyon Rangers are deeply committed to their close-knit communities of Brevard and Asheville in Western North Carolina, forming partnerships with local businesses and actively supporting local charities, including their annual Mountain Song Festival, which benefits the Boys and Girls Club of Transylvania County.

Tickets for this General Admission Standing Room Only show go on sale Friday, January 9 at 10 a.m. Tickets will be available for purchase at the Ponte Vedra Concert Hall and St. Augustine Amphitheatre Box Offices, ticketmaster.com, all Ticketmaster outlets and by phone at (800) 745-3000. Go to www.pvconcerthall.com for more details.

Did you know that in coastal areas like St. Johns County if you dig a well deep enough, you will reach saltwater? Itâ€™s true…