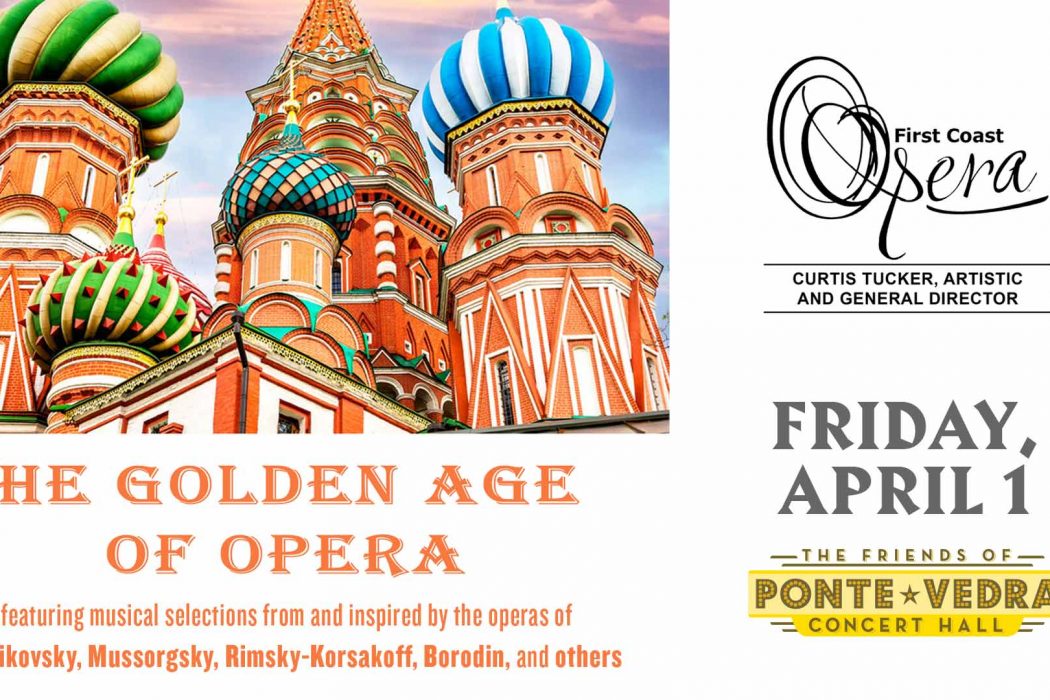 Ponte Vedra Beach, FL  – On April 1, the Friends of the Ponte Vedra Concert Hall will present First Coast Opera’s “The Golden Age of Opera,” a concert featuring musical selections from and inspired by the operas of Tchaikovsky, Mussorgsky, Rimsky-Korsakoff, Borodin, and others. Tickets go on sale at 10 a.m. Friday, February 11.

As Tucker notes, “Opera has developed strong roots from around the world. While we mostly perform works from Europe and the United States, Russian operas of the late 19th and early 20th Centuries are grand and epic, emotionally-charged and personally-moving. The same composers well-known for their symphonic works also wrote beautiful operas.”

Those operas will be highlighted in this two-hour concert program, performed only at the Ponte Vedra Concert Hall.