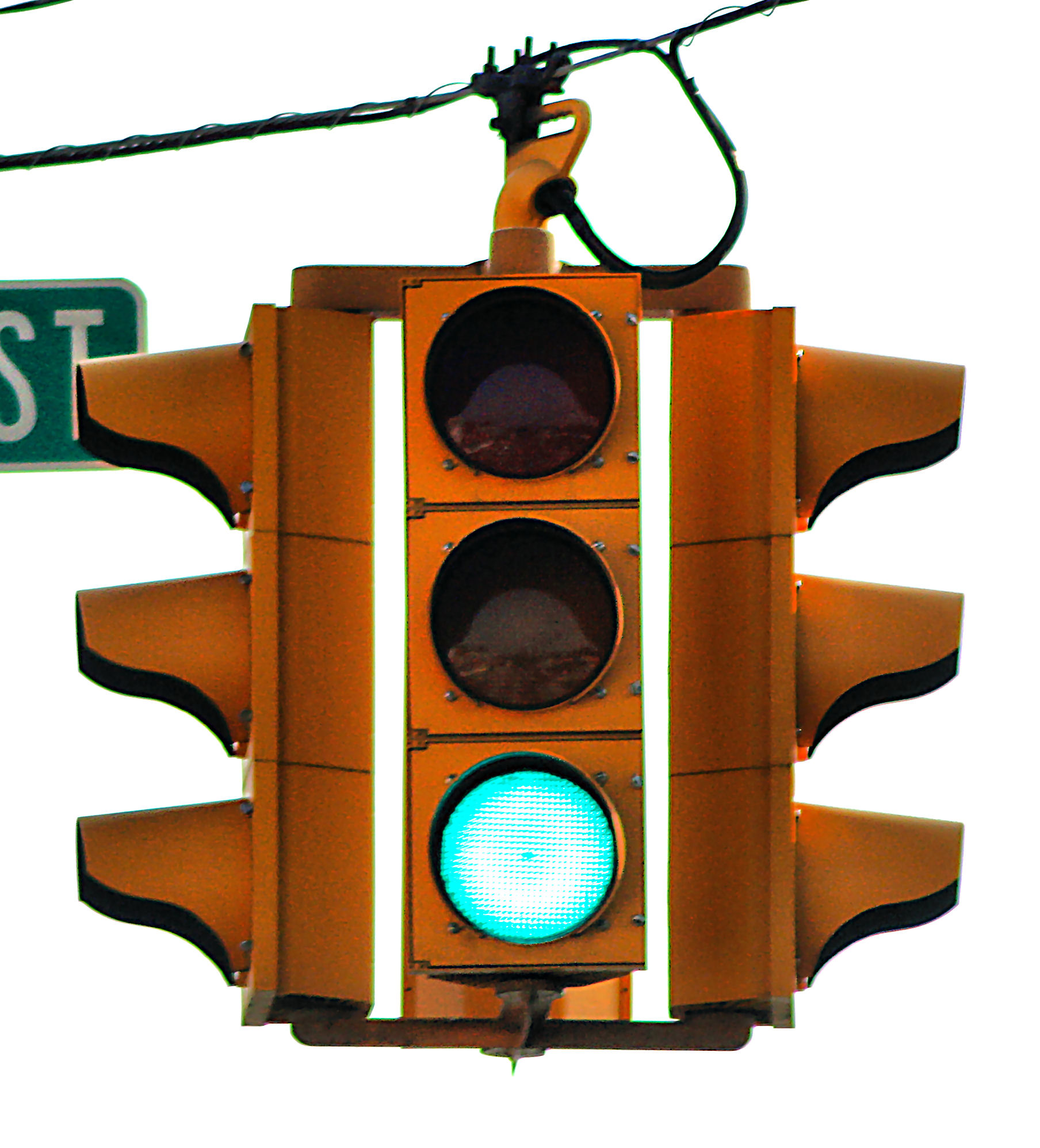 It amazes me when I hear folks complain about the â€œtrafficâ€ in St. Augustine. Have these people not lived or driven elsewhere? Sure, the major intersections get a little dicey at rush hour but, all things considered, traffic flows pretty smoothly in our hometown.

What is also somewhat amazing is that itâ€™s possible to complain about problematic intersections to the government folks in charge and actually have them do something. A year or so ago, I emailed the traffic czars at the Florida Department of Transportation (FDOT) and suggested a few situations they may want to take a look at. One of these was the intersection at Old Moultrie Rd. and U.S. 1 South (near Watson Realty).

Motorists waiting to turn left from U.S. 1 onto Old Moultrie Road would often face the danger of running out of gas while waiting for a green signal. After â€œmonths of study,â€ an additional green left turn signal was added to the cycle.

I live near the Moultrie Square Shopping Center across from the Shores. Iâ€™ve actually driven my daughter to her dancing class at a studio across from Cobblestone Mall and gotten every traffic signal green. Uncanny, when you think about it.

One might assume that there could be nothing to complain about when it comes to driving your car in St. Augustine. But those who would make such an assumption (and you knew this was coming) have not spent a lot of time around me. As a self-admitted curmudgeon, Iâ€™ve put together a short list of roadway encounters that would cause a lesser man to say some really bad words.

How about drivers who feel the need to leave about 17 car lengths between them and the car in front of them at stoplights? Câ€™mon, the exhaust wonâ€™t kill you and itâ€™s not tailgating when youâ€™re stopped. Consider those behind you who are prevented from moving into one of the left- or right-turn lanes.

Did you ever notice that traffic lights that seem to remain red for an eternity when you are traveling in one direction always seem to cycle red when you approach them from a crossing direction? This has happened to me numerous times when traveling south on U.S. 1 at the intersection of State Road 207. How the heck does that work?

How about bicyclists-turned-pedestrians at major intersections during rush hour who push the crossing signal buttons? They get across and are a quarter mile down the road before the scores of cars traveling in all directions are allowed to proceed. Someone needs to alert the authorities on this one.

Fine-tuning is needed to the system allowing motorists emerging from side streets, strip malls and driveways to get into the traffic flow. I try to be courteous to these needy motorists and am appreciative when others are courteous to me. But I sometimes get a little crazy when drivers ignore the line of trailing cars behind them to let someone in. Out of sight, out of mind, I guess.

Why does the concept of a three-way alternate merge flummox so many people? I encounter one each day when I drop my daughter at middle school. Vehicle from group A goes, then one from group B and finally one from group C. Then you start with group A again and repeat. Quit your texting and get in sync, guys.

Iâ€™ve got a lot more of these but Iâ€™ll close with another one that personally affects me on a daily basis. The traffic light at SR 207 for drivers crossing from Rolling Hills Drive to Holmes Blvd. has a green cycle that is much too short. And normally I get stuck behind someone who has fallen asleep while waiting for it to change.

FDOT traffic czars, have at it.

Did someone say FESTIVAL? It’s time to celebrate St. Augustine’s 450th birthday in the streets! Need some ideas on what to wear? Go in…