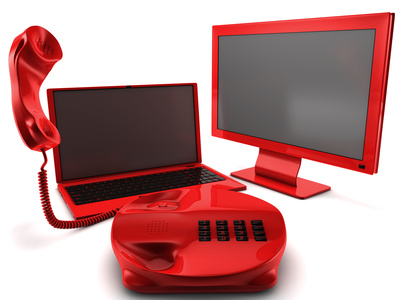 I often self-counsel myself with the admonition to “hope for the best and prepare for the worst.” It’s especially good advice when dealing with my local cable/internet provider.

While I have never shied away from pointing out horrible customer service, I try to call out “good” when it happens. Recently Comcast/Xfinity was responsible for some good.

And although this redemption was welcome I should warn that blemishes still break out. My cable and/or internet service seems to go kaput at least once per month for no fathomable reason.

The sun is shining, the power is on and there’s no utility crew digging random holes within my line of sight. Yet, kaput it goes.

But, often to my surprise, a phone call or a reset button on my smart phone Xfinity app gets the service quickly restored. I kid you not.

Then, for outages lasting several hours or longer, something surprisingly inexplicable happens. If you contact the company it will credit your account (usually a minimum of $5) for the service outage. This is not my old cable company.

Another amazing aftermath occurred following my recent meeting with a Comcast representative at its shiny, new Cobblestone store. Locals who are familiar with the old Comcast store near Planet Fitness (and near Jaybirds before that) will think they died and went to heaven when walking into its newly opened location.

To me it looks as if Comcast took the best elements of Apple and AT&T retail stores and melded them together. Best of all there is no “genius bar.”

Anyway I meandered into the new Comcast store in early December to talk about a two-year renewal of my contract for cable and internet service. My contract also included phone, which I never used.

My request to the Xfinity person (I’m told the company prefers Xfinity because it helps customers disassociate it from previous bad experiences with Comcast – more about that later) was to get me hooked up for another two years with little or no price increase. I even offered to let them scrub my phone service.

The good news is the agent was able to accommodate my request. The bad news is that I couldn’t get rid of the phone service because my package was cheaper when it was included. So I’ll have to continue putting up with those on-screen TV messages about incoming calls.

My service is priced about 3 percent higher for the coming two years but the agent was able to apply several credits that pretty much took care of the increase. She even gave me a printout of what I was getting so I’d have ammunition later on to complain, if and when the promises, prices and services do not match.

One more thing. If you are not on Twitter, join. It’s the absolute best way to deal with Xfinity when trying to get a billing adjustment for service outages.

You won’t have to deal with interminable phone screenings and/or talk to agents whose third language is English.

(Epilogue – My cable went kaput for a nine hours, for no fathomable reason, after I submitted this column. Working through Xfinity’s Twitter folks I received a $5 credit on my bill.)

By Ed Albanesi In the late 1960s I took a Comprehensive Humanities course at the University of Florida that I didn’t much like. One…