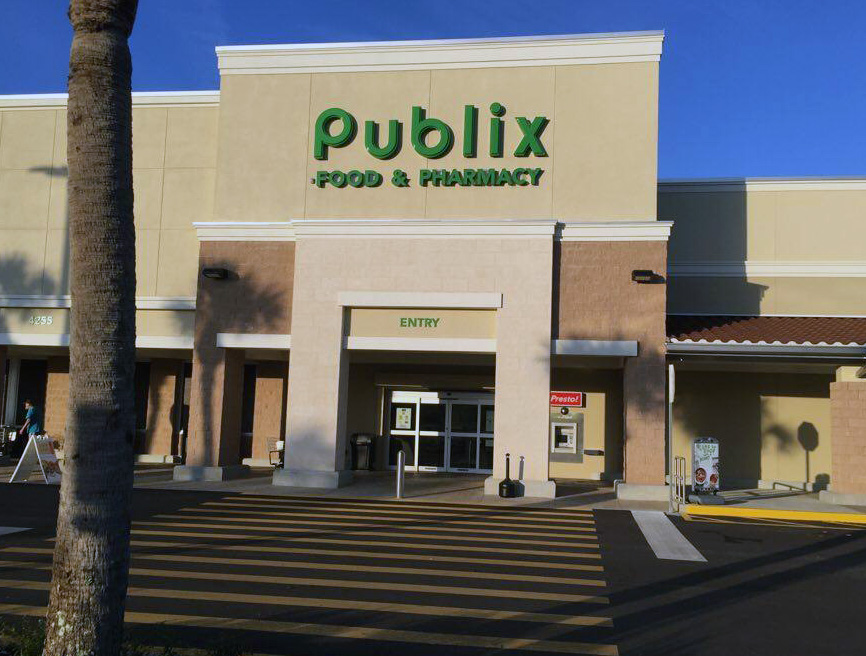 After a nine-month incubation period, the new and somewhat improved Publix Supermarket finally opened at Moultrie Square. And, for most of us, it was worth the wait.

With all due respect to manager Chuck Hooper and his staff at the Cobblestone Publix, many south St. Augustine residents were counting the days until the reopening.

Notwithstanding the efforts of a combined, courteous staff from both stores, the Cobblestone facility was in over its head.

Parking was woefully insufficient and the vehicle/pedestrian flow seemingly was engineered by a graduate of a very small college. The store itself was not designed to service the number of customers who paraded through its front doors. Under the circumstances, Hooper and his staff over-performed.

When I first visited the new Publix late in the day of its opening I was underwhelmed by the improvements. Frankly, I expected more.

The frozen food area feeds into the checkouts, which makes sense for those who pick up frozen items near the end of their shopping run.

Refrigerated items stretch from the far left side of the store and wind around for nearly the entire length of the back wall.

Wines are in the far back right corner. The pharmacy is in the front left corner and includes a new drive-thru window.

The bakery, deli and produce departments and cloistered together on the right side as you walk into the store.

He told me that corporate is moving away from large BOGO displays and tables customarily are not set up during new store openings. He promised some smaller BOGO tables in the weeks to come.

In a previous life as a magazine editor I used to publish supermarket price surveys and one takeaway from that experience is the realization shoppers seem to love BOGOS. I warned readers then and I’ll warn them now that BOGOS can indeed save you money but buyers should beware.

To illustrate this caveat I wrote down most of the BOGOs in Publix’s Aug. 11, 2016, shopping circular and took the list into a local competitor. What I found might surprise some readers.
The worst culprit was a pound of Smithfield Bacon listed as an $8.19 BOGO in the circular. Although the in-store price was $7.99, the competitor’s price for the same single item was $3.58. Not much of a deal there.

I will say this about Publix. It’s management and staff are truly committed to not letting a single customer walk away unhappy.

If you are not satisfied with any product you purchase there, you can always bring it back for replacement or a refund. You will never get an argument and, more often than not, the staff is cheerful and extremely polite. I have not always found that to be the case at competitor stores.

I can be a difficult shopper at times (hard to believe, huh?) but Moultrie Publix’s Ward Pate (and Barry Rickelman, Chris King, Don Cribbs and Keith Volkmann before him) have always made shopping at Publix a genuine pleasure for me. I’m glad the store is back.

Here’s a list of our 11 favorite historic landmarks in St. Augustine, Florida.