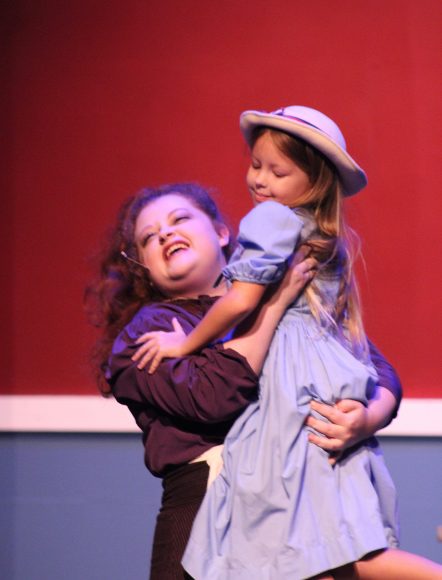 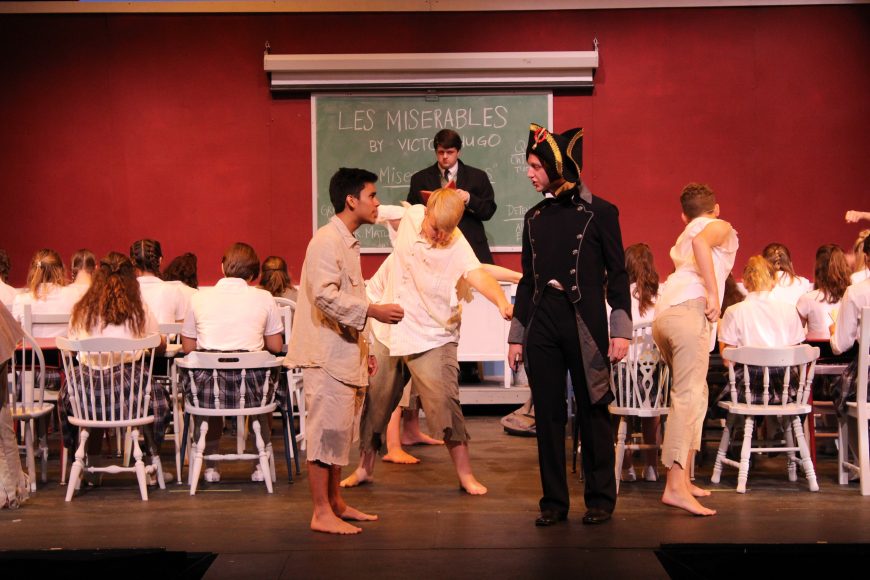 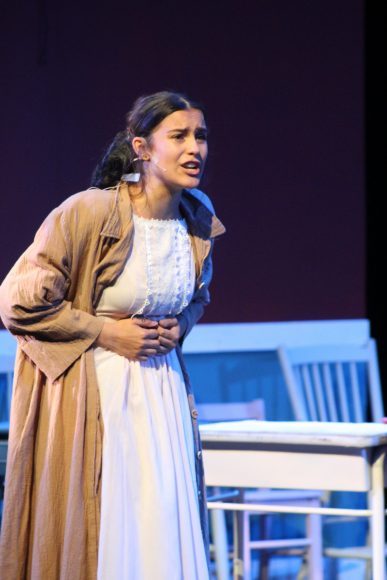 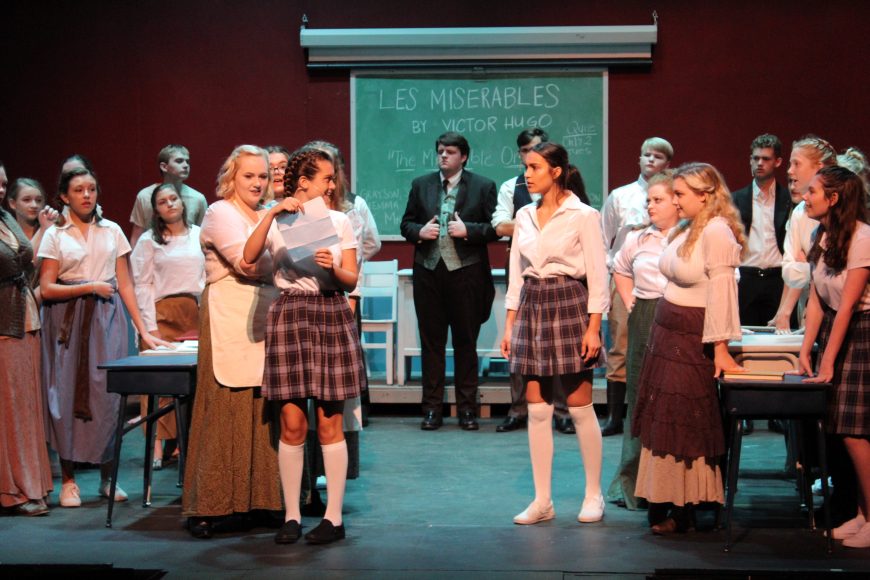 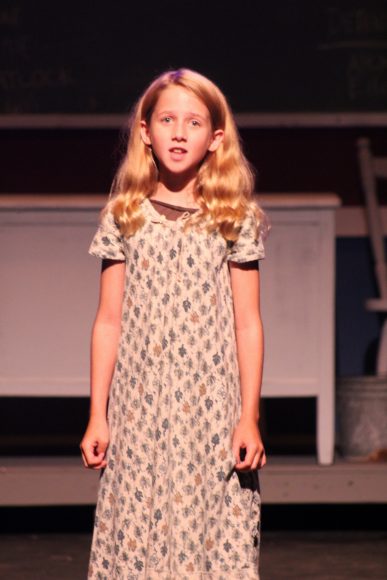 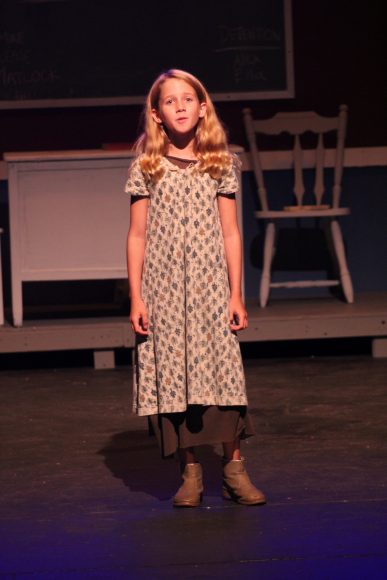 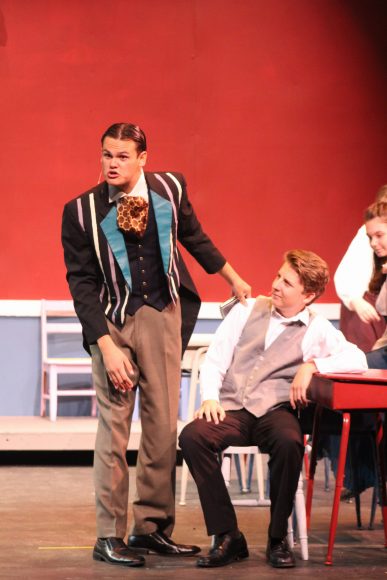 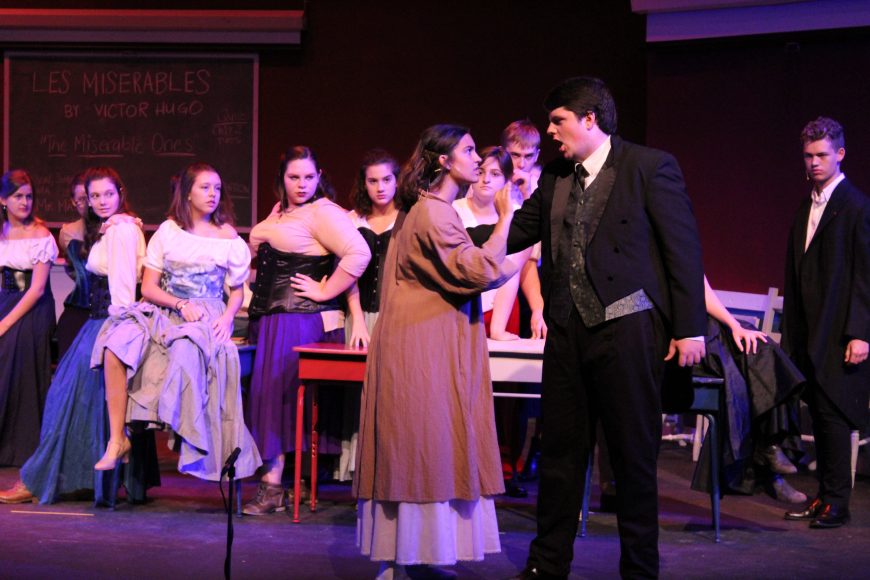 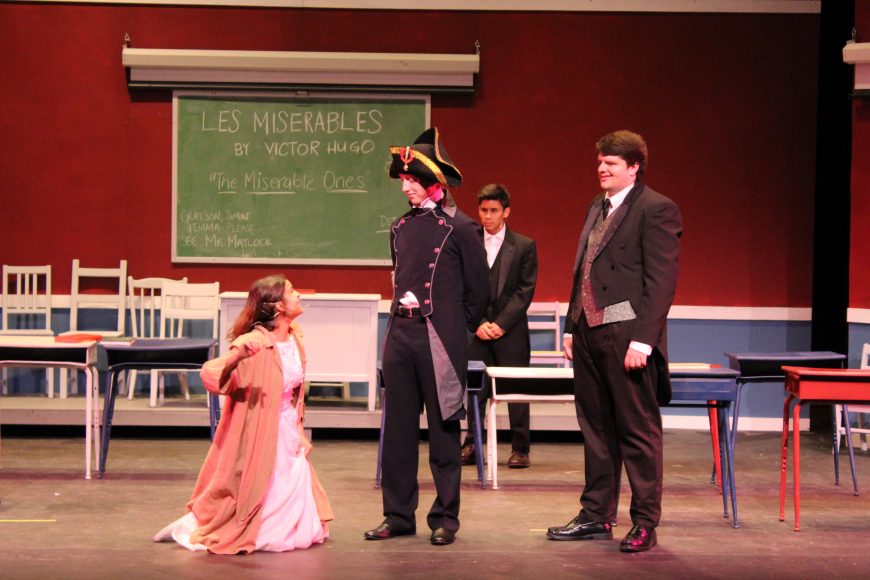 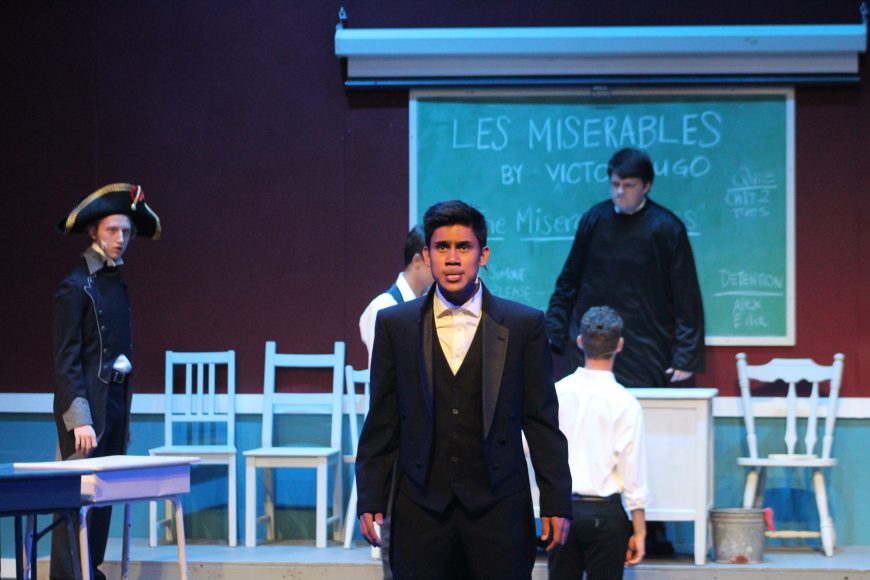 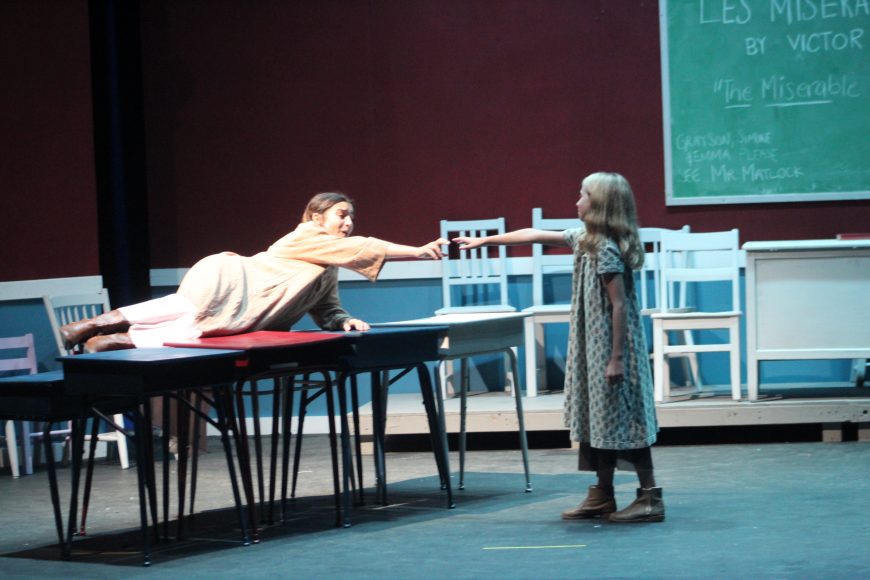 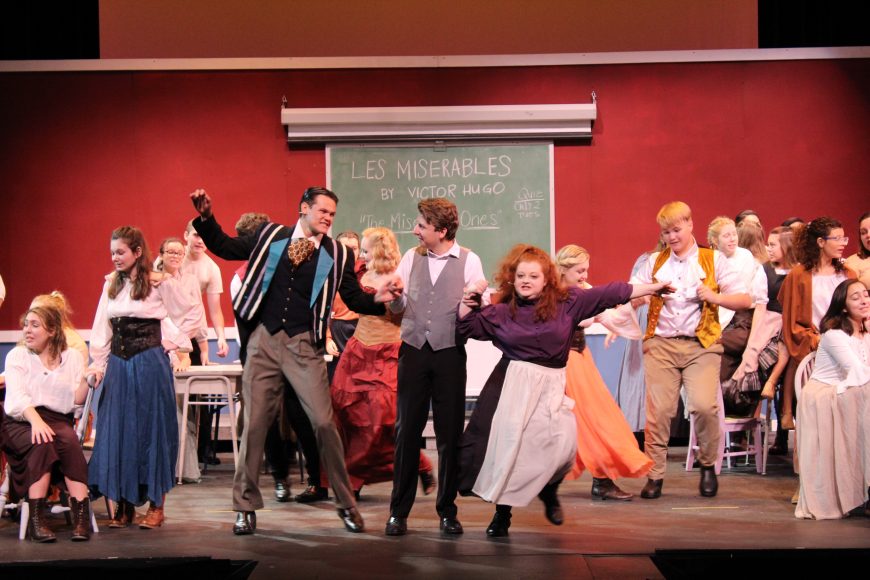 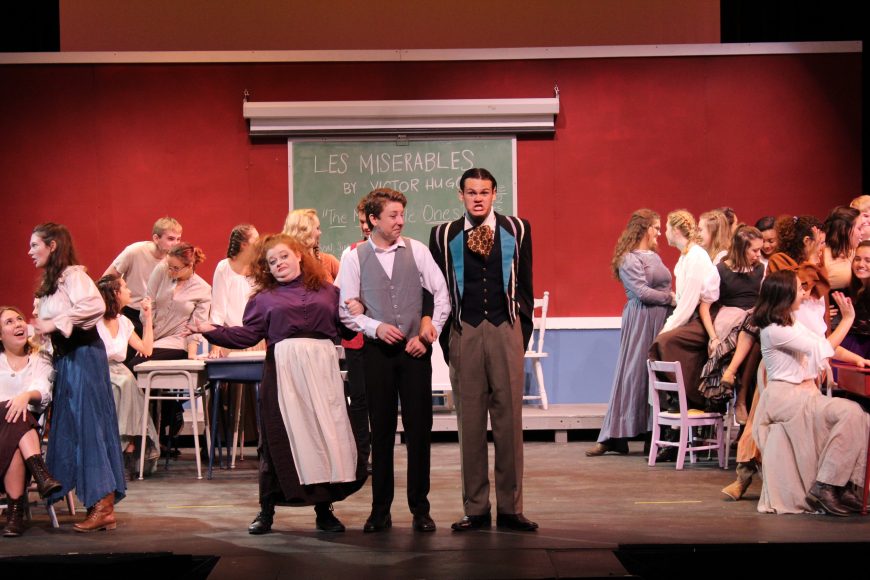 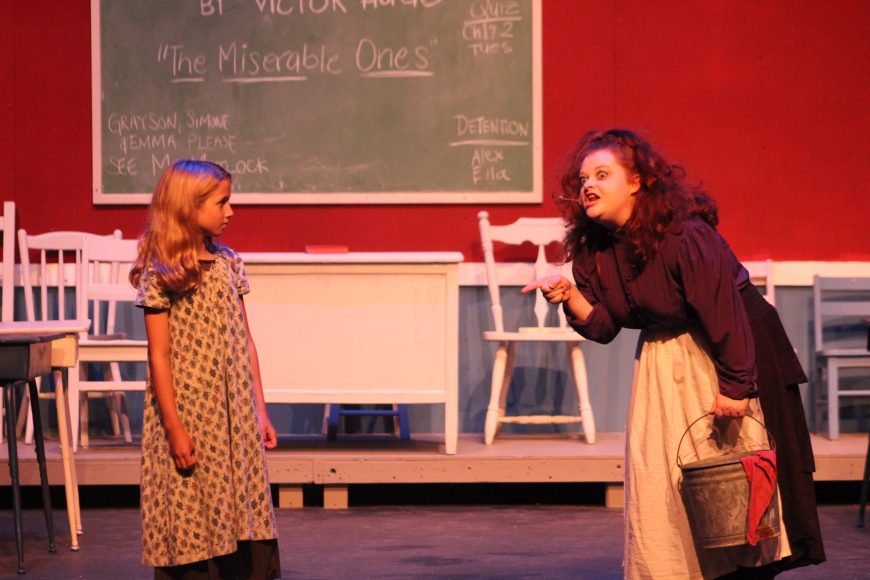 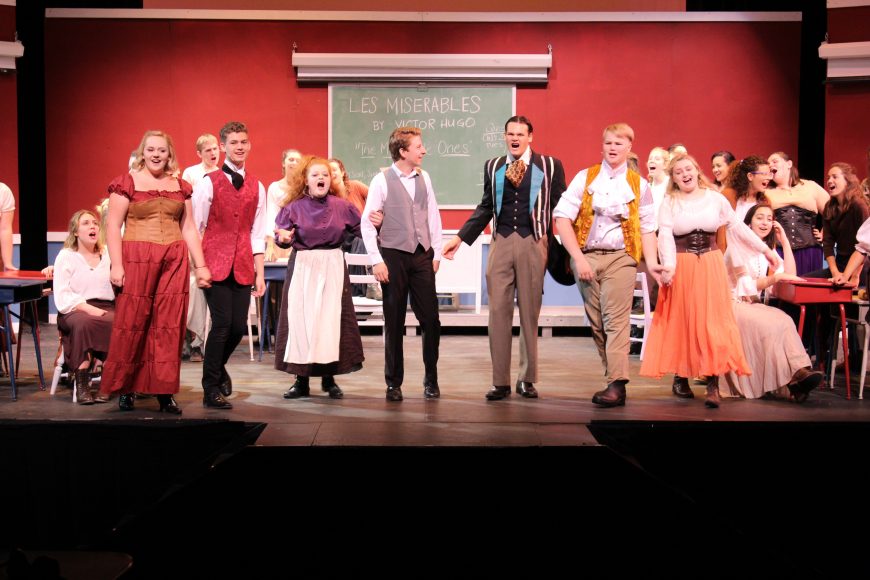 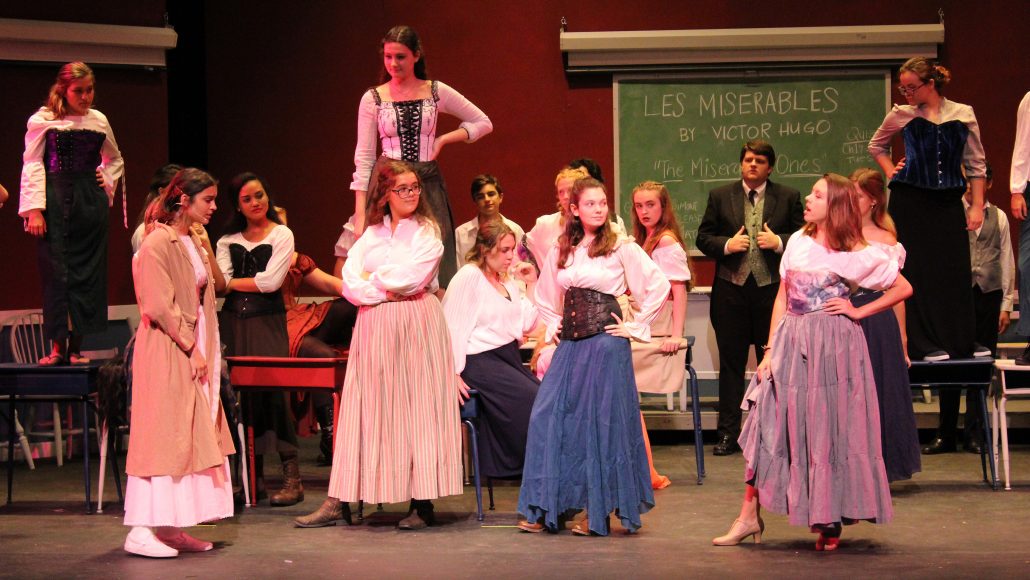 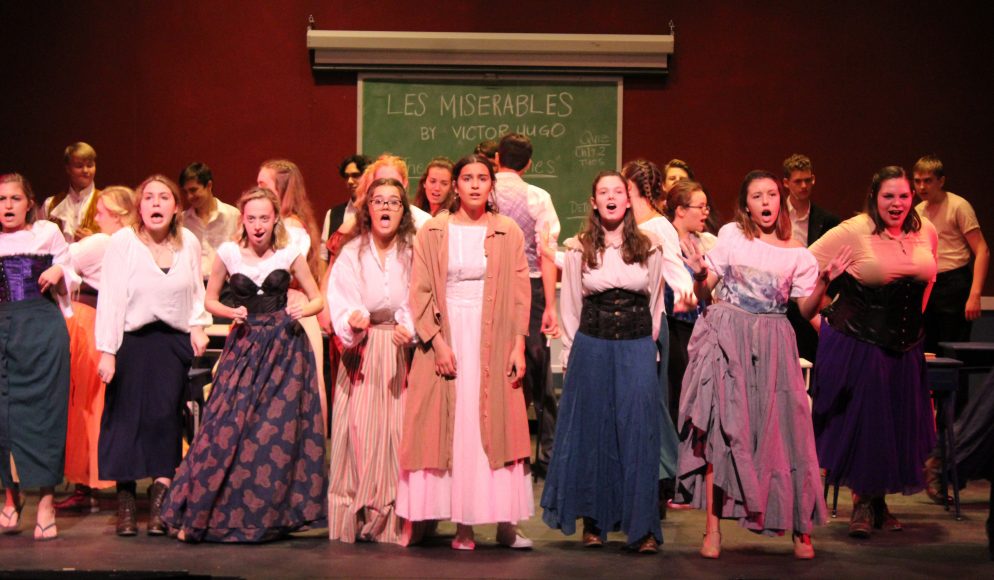 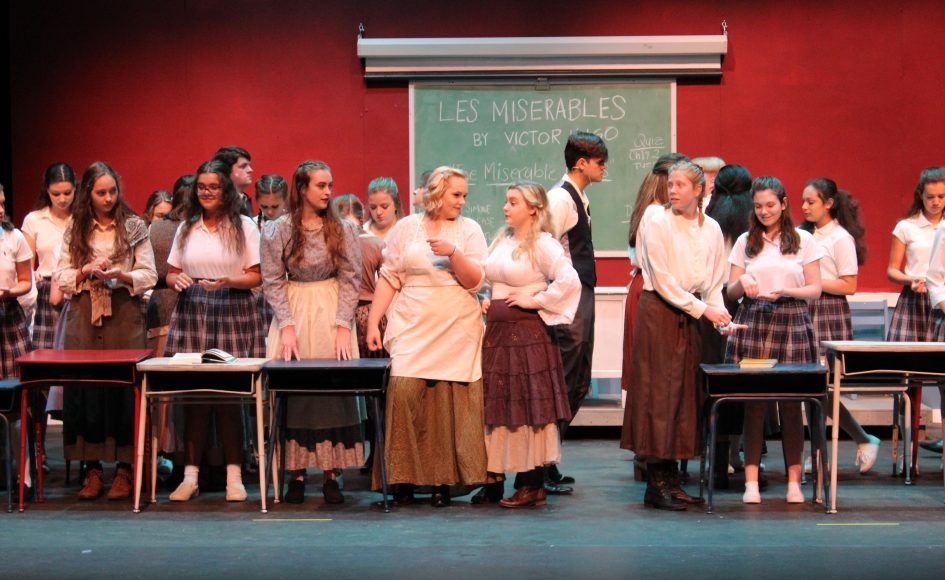 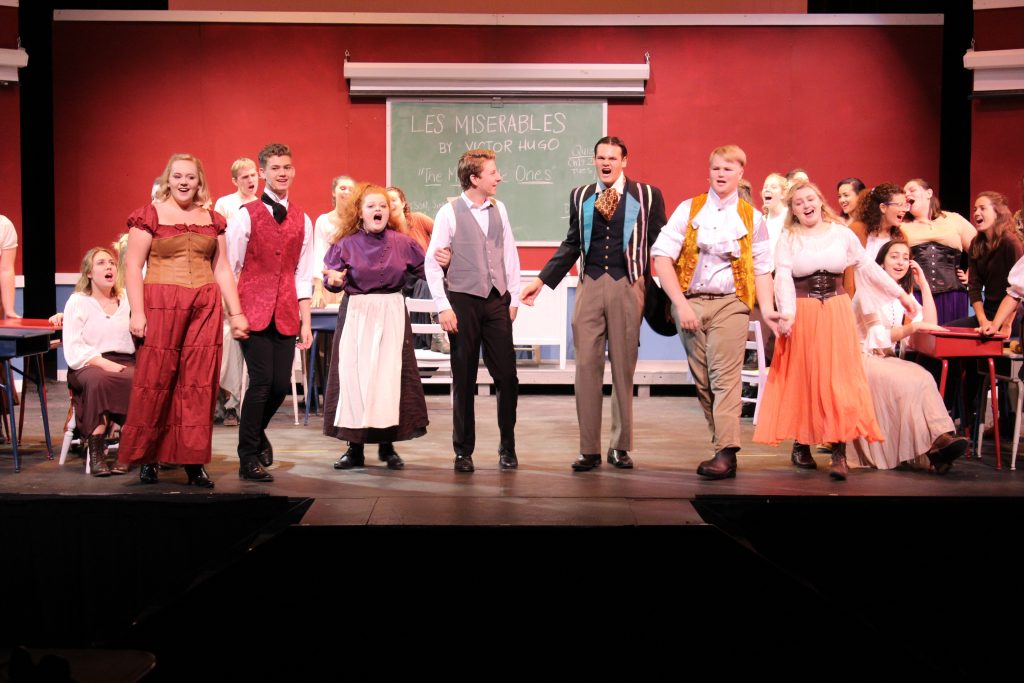 A scene during Les Miserables, on stage June 29-July 1 in Lewis Auditorium at Flagler College. Photos by Renee Unsworth

Performances are set for 7:30 p.m. Frida and Saturday evening, June 29-30; and 2 p.m. Sunday, July 1.  Tickets can be purchased at the door one hour prior to each performance. 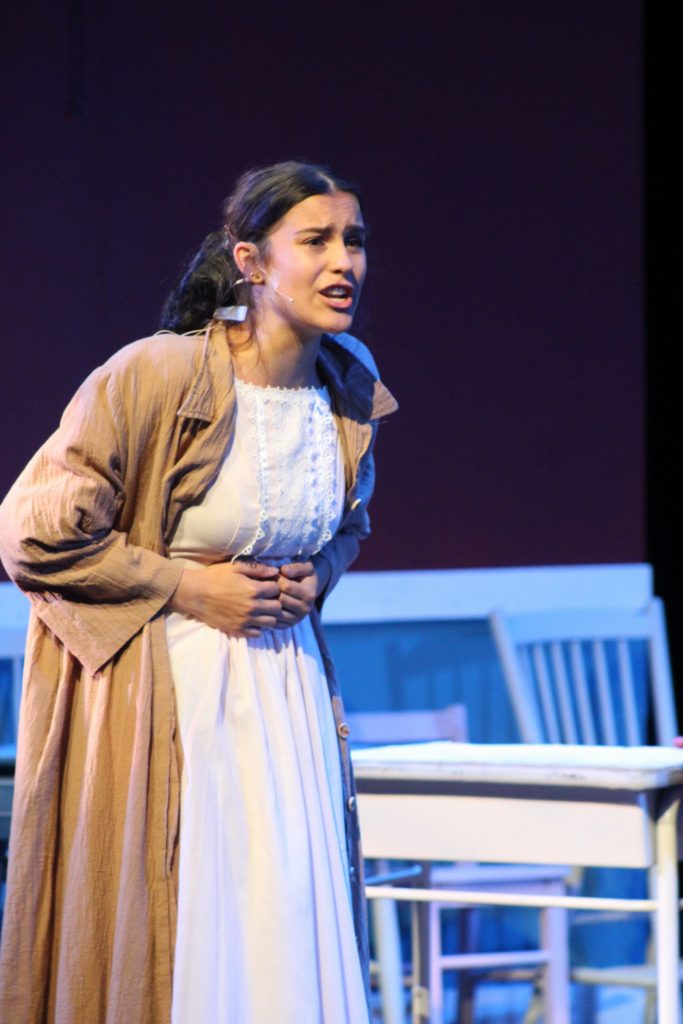 Les Misérables is the world’s longest running musical – a true modern classic based on Victor Hugo’s novel and featuring one of the most memorable scores of all time. The multi-award-winning Les Misérables is as groundbreaking today as it was when it first premiered in London in 1985. In nineteenth century France, Jean Valjean is released from years of unjust imprisonment, but finds nothing in store for him but mistrust and mistreatment. He breaks his parole in hopes of starting a new life, initiating a lifelong struggle for redemption as he is relentlessly pursued by police inspector Javert, who refuses to believe Valjean can change his ways. Finally, during the Paris student uprising of 1832, Javert must confront his ideals after Valjean spares his life and saves that of the student revolutionary who has captured the heart of Valjean’s adopted daughter.

The cast includes a  50 talented high school actors from schools from the North Florida area. 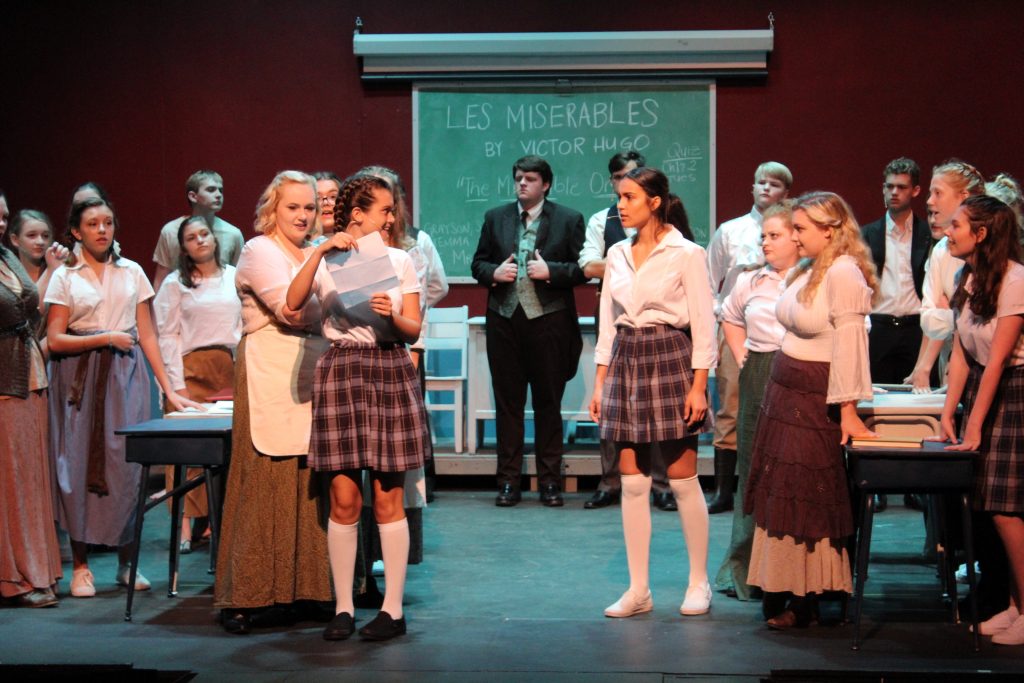 Mike Beaman serves as Artistic Director for the summer program and Director/Choreographer for Grease.  Nikki Falcao is the Assistant Director and Set Artist.  Carl Liberatore returns as Technical Director. Joe Kemper directs in the second summer session. Curtis Powell works as Administrator and Music Director for the program. 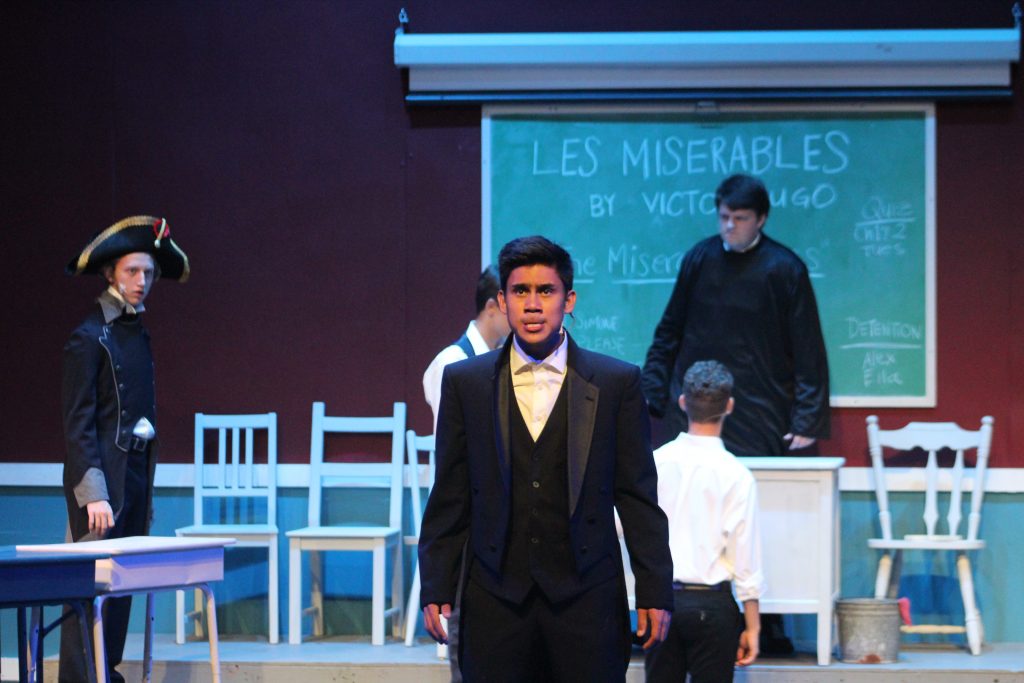 The Summer Musical TheatreCamp, now in its 24th  season, has excelled in its goal of giving students a taste of musical theater by instructing in all aspects of a musical theater production; acting, music and dance. The camp culminates in the creation and performance of complete staged musical theater and theatrical productions before a live audience. 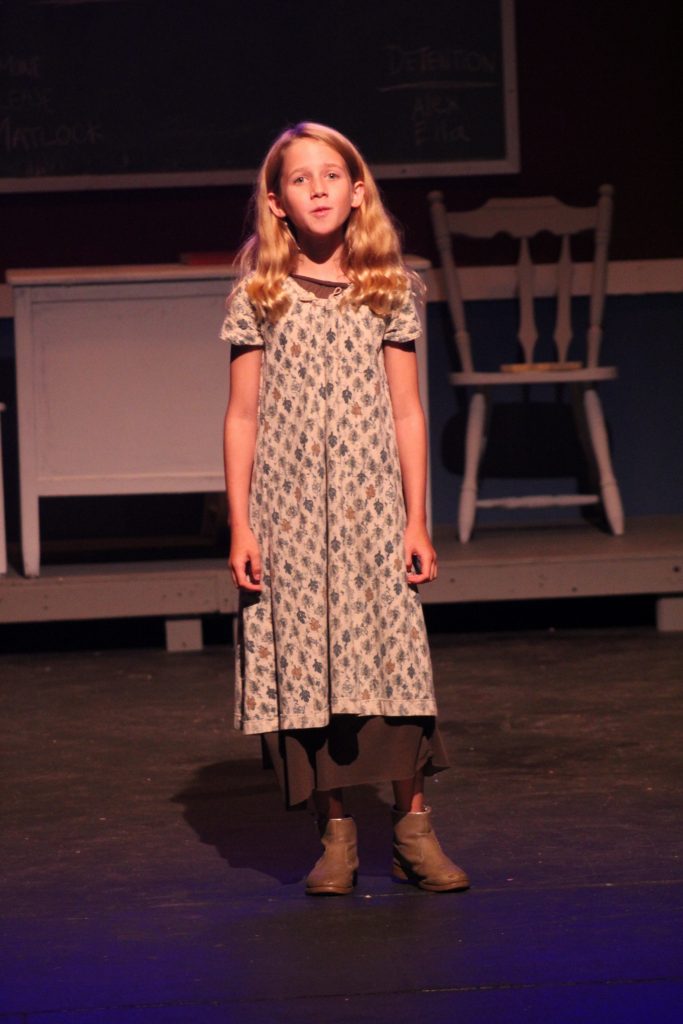 The Summer Musical TheaterCamp is widely as the leading training ground for young actors.  Since its inception in 1995, with 30 kids ages 5 to 14, the educational program has produced 37 musical theater shows with over 1400 kids and teens in participation.  For the past fifteen years the SMTC for teens has produced full-scale Broadway musicals on its stage. Additionally, for an eighth year, the middle school/high school group will present its own full-scale musical in an effort to give these younger actors the skills and opportunities to be on stage in leading rolls.  The actors have come not only from St. Augustine and throughout the state, but from across the USA including New Jersey, California, Ohio, Wisconsin; and even England and Malaysia. Many kids and teens have spent up to thirteen years in the program with several now working as professional actors throughout the county.  This summer over 150 kids ranging from age 5 to 18 will take part in the 2018 summer season.

By Ed Albanesi What could be less shocking than me writing about the St. Augustine Ballet Nutcracker for my last column of the year?…