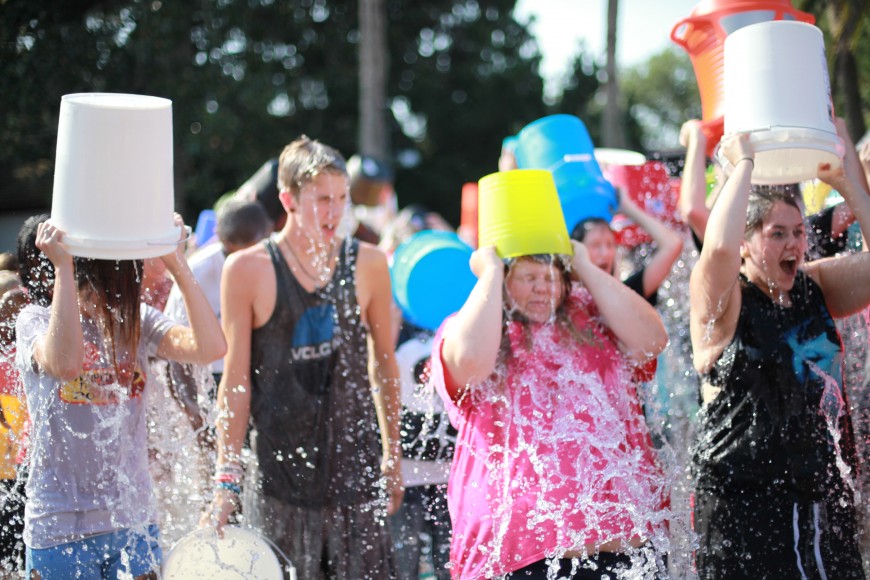 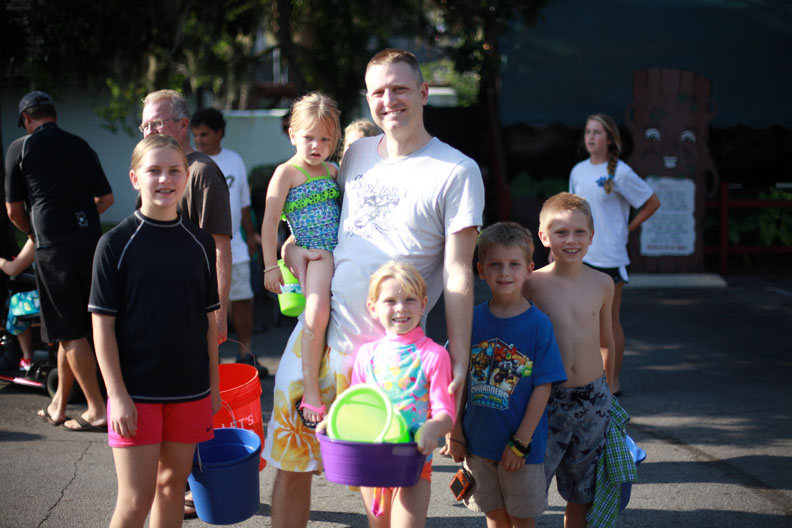 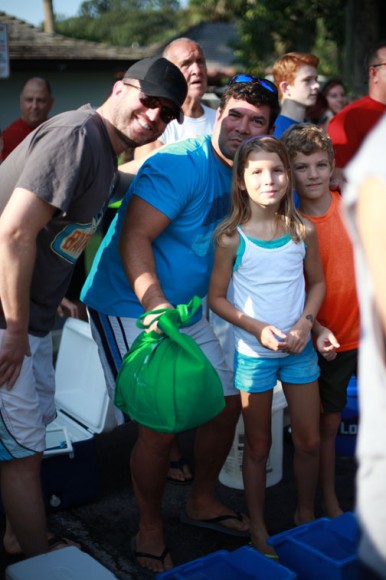 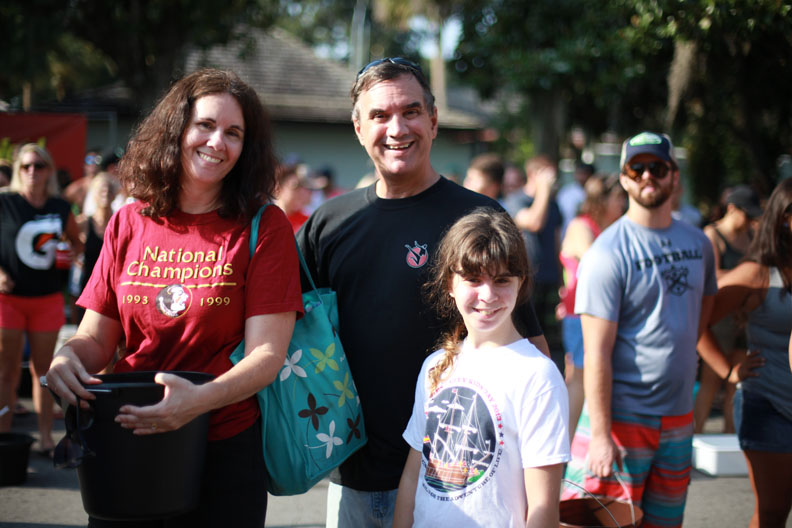 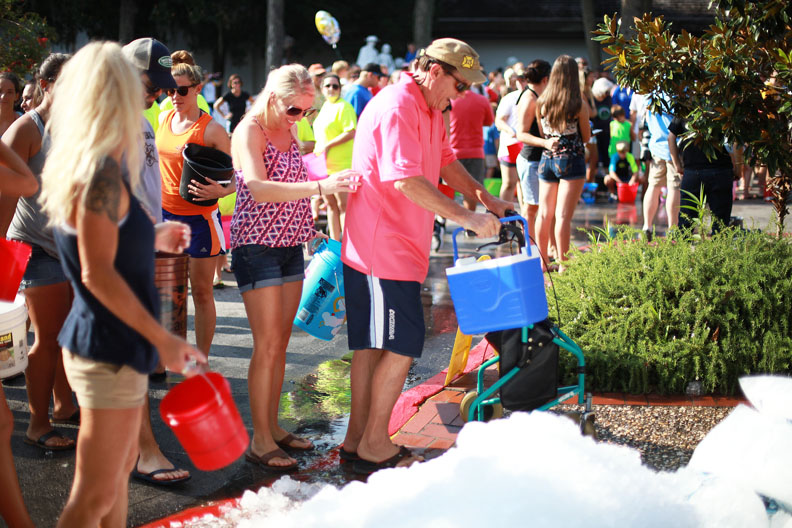 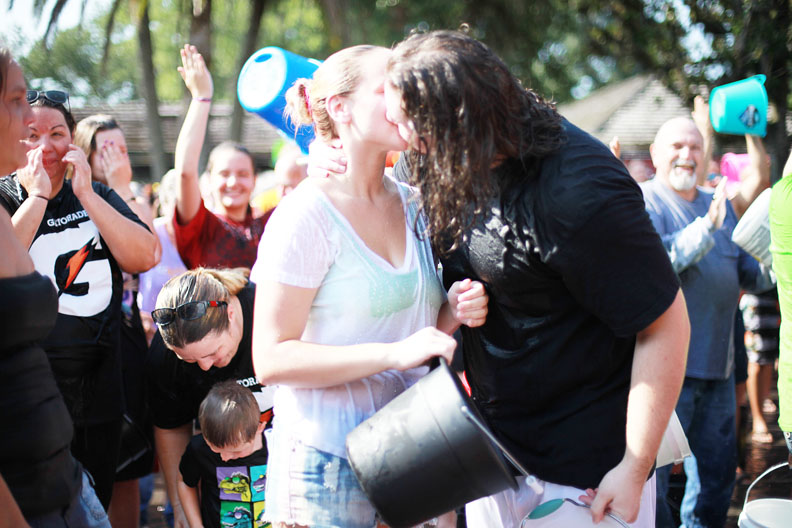 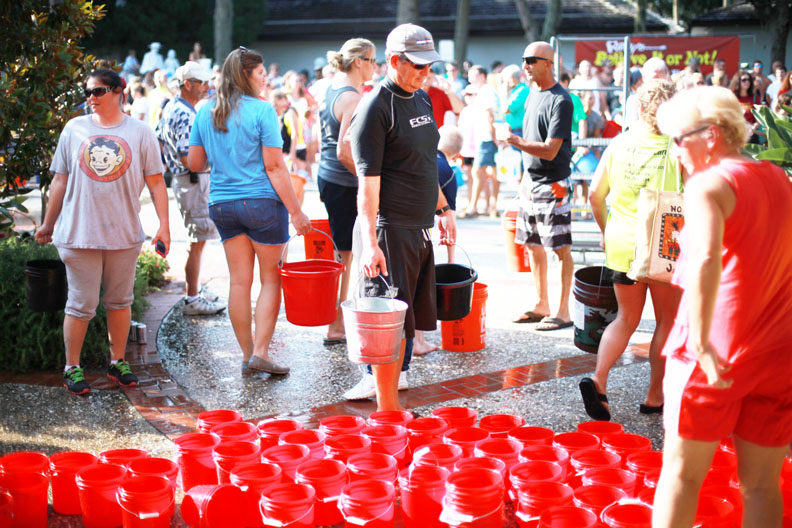 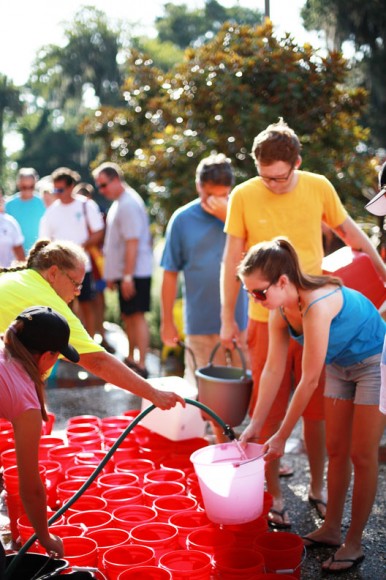 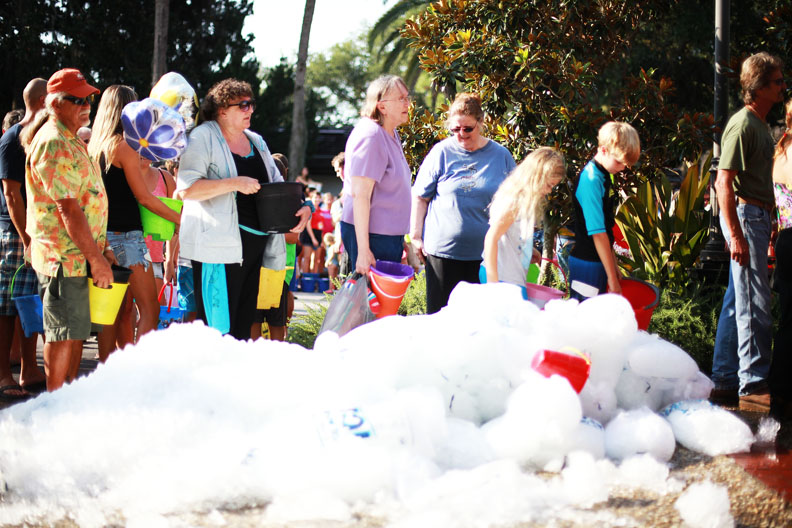 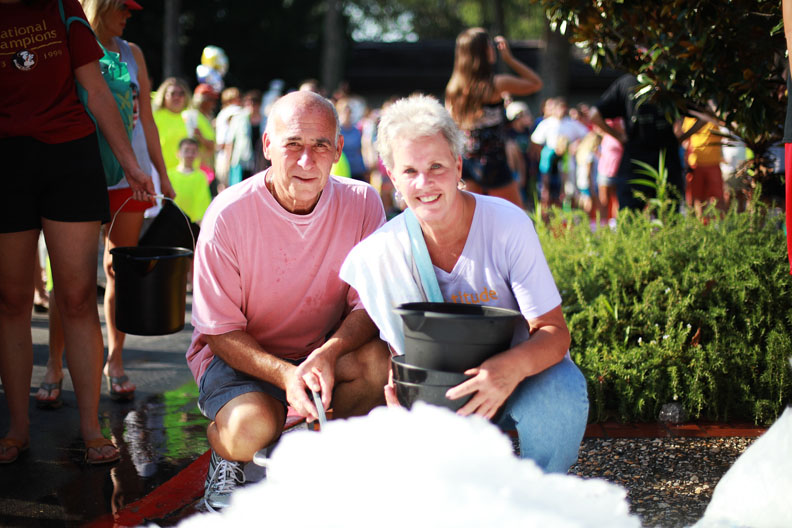 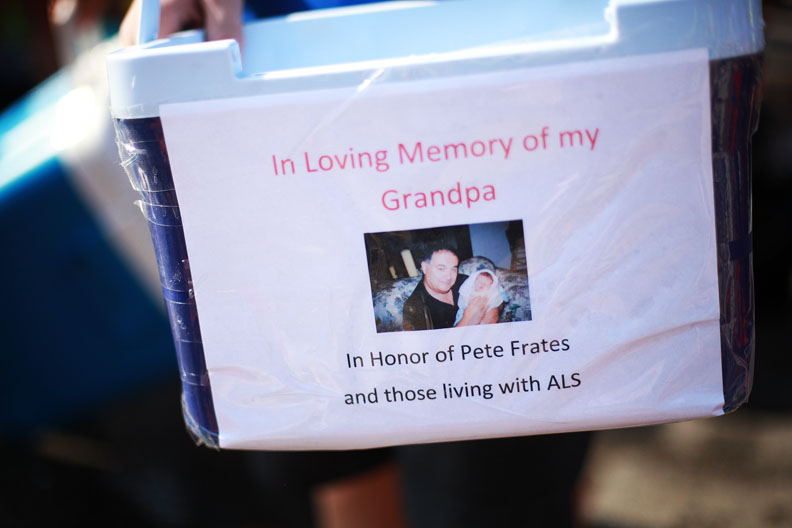 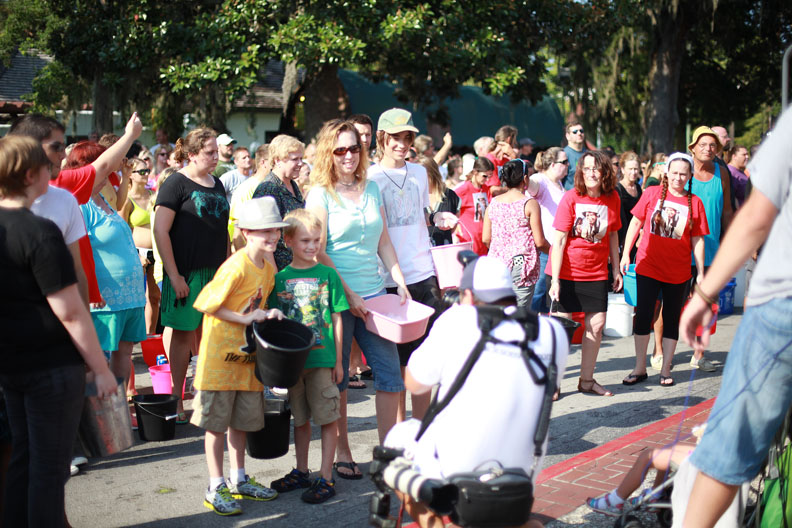 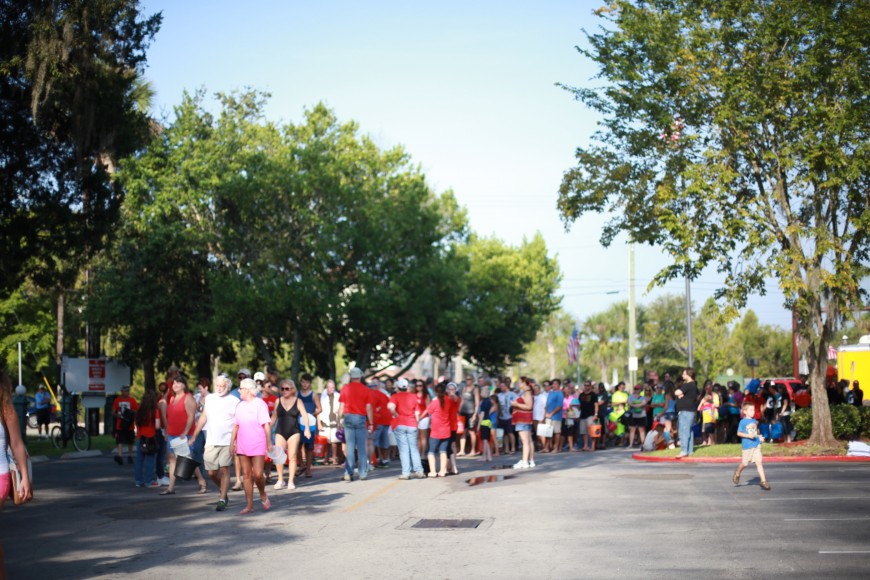 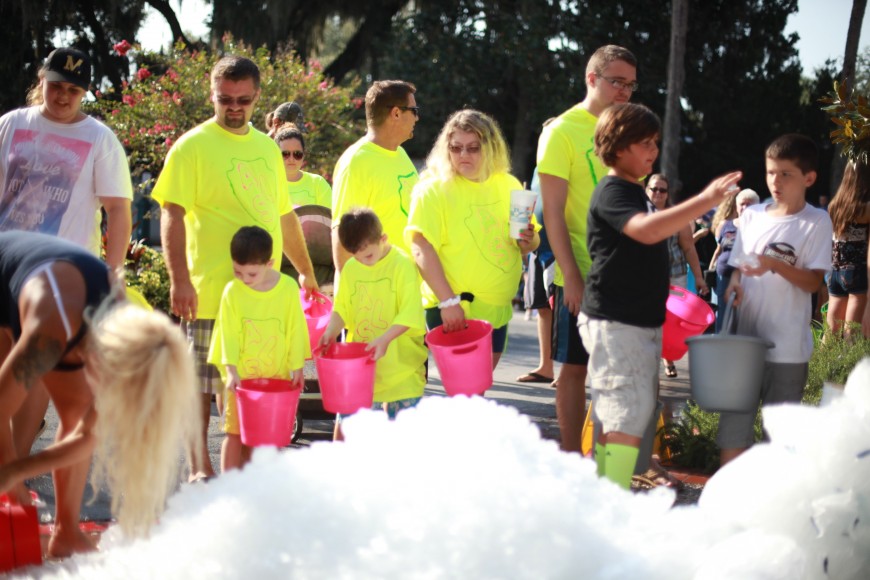 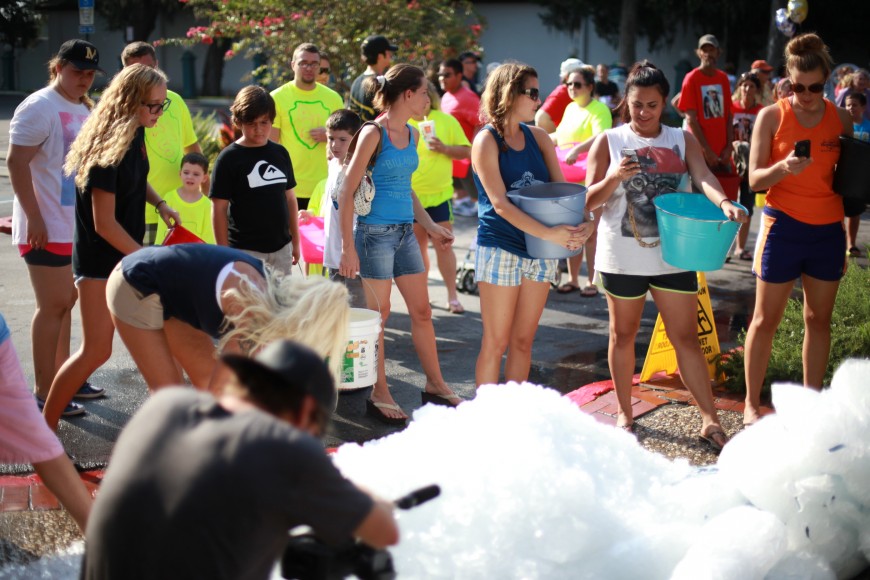 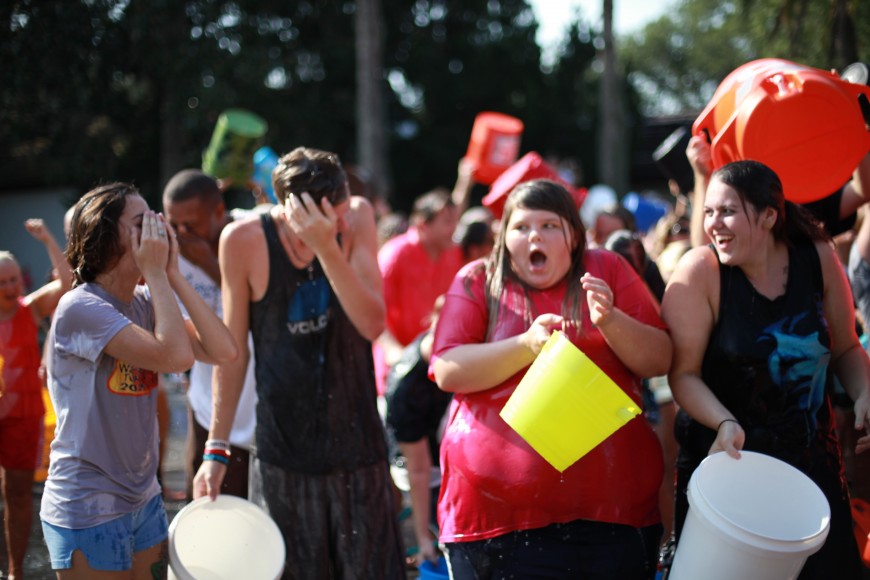 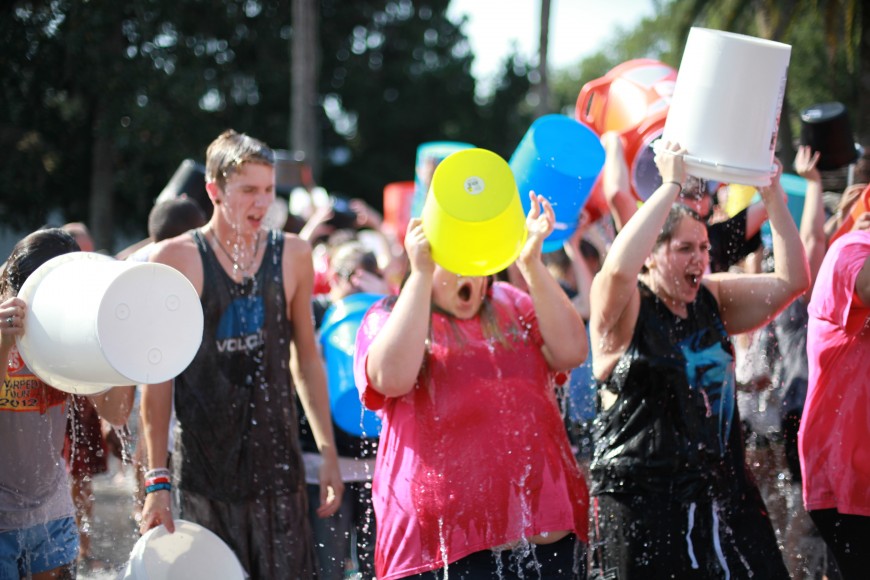 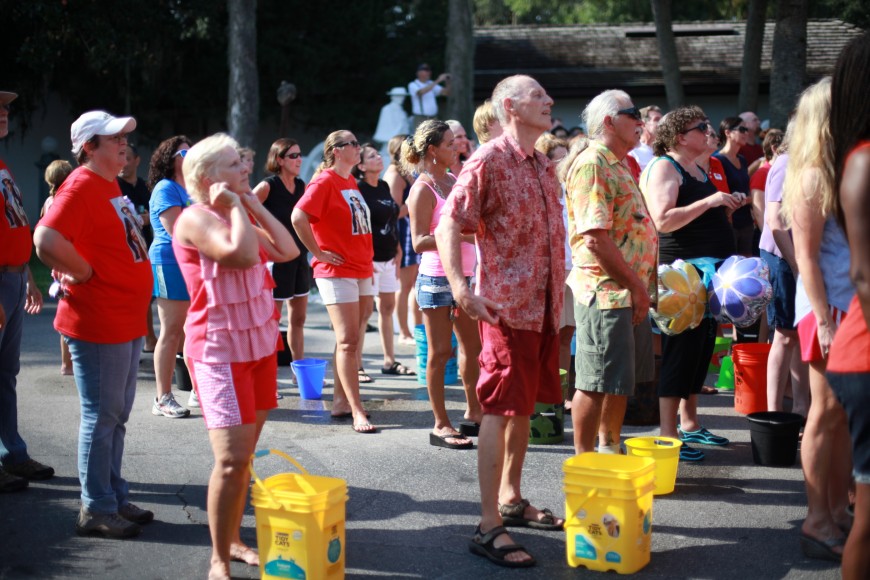 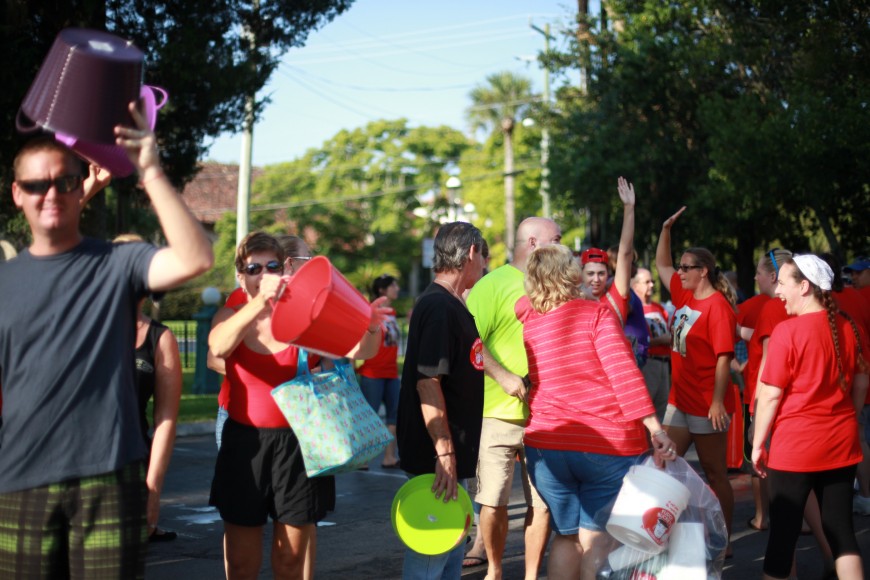 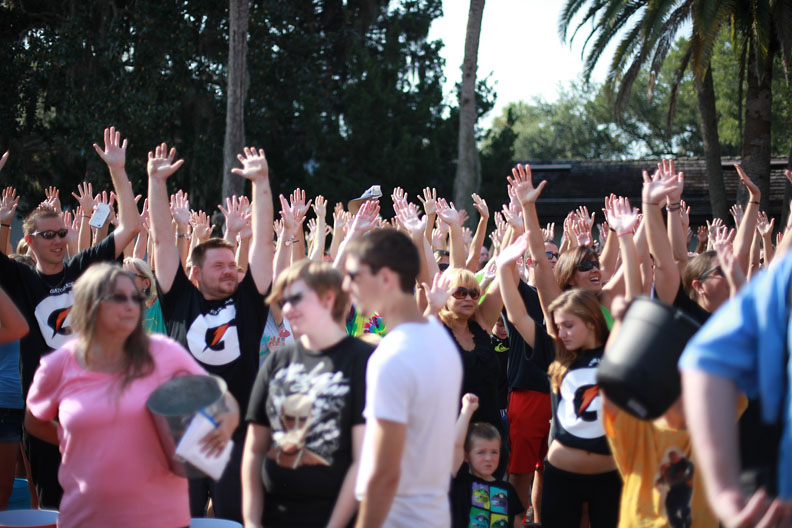 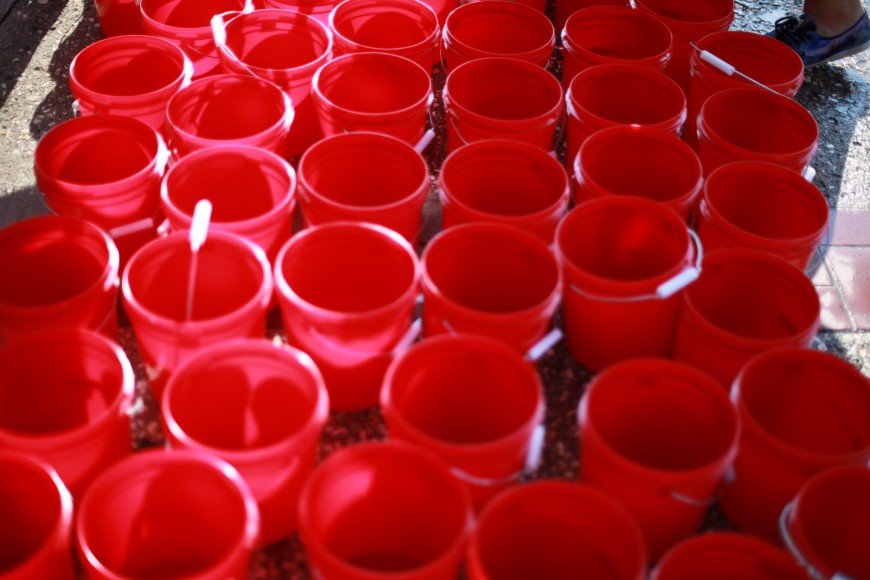 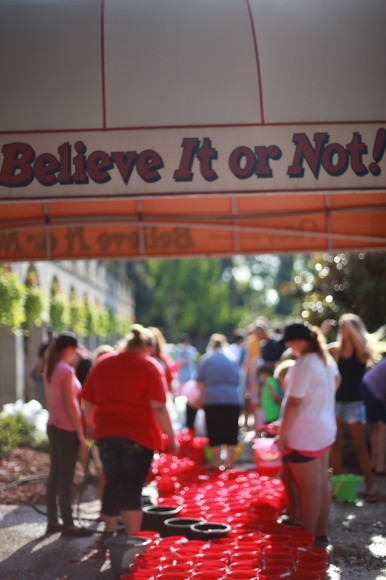 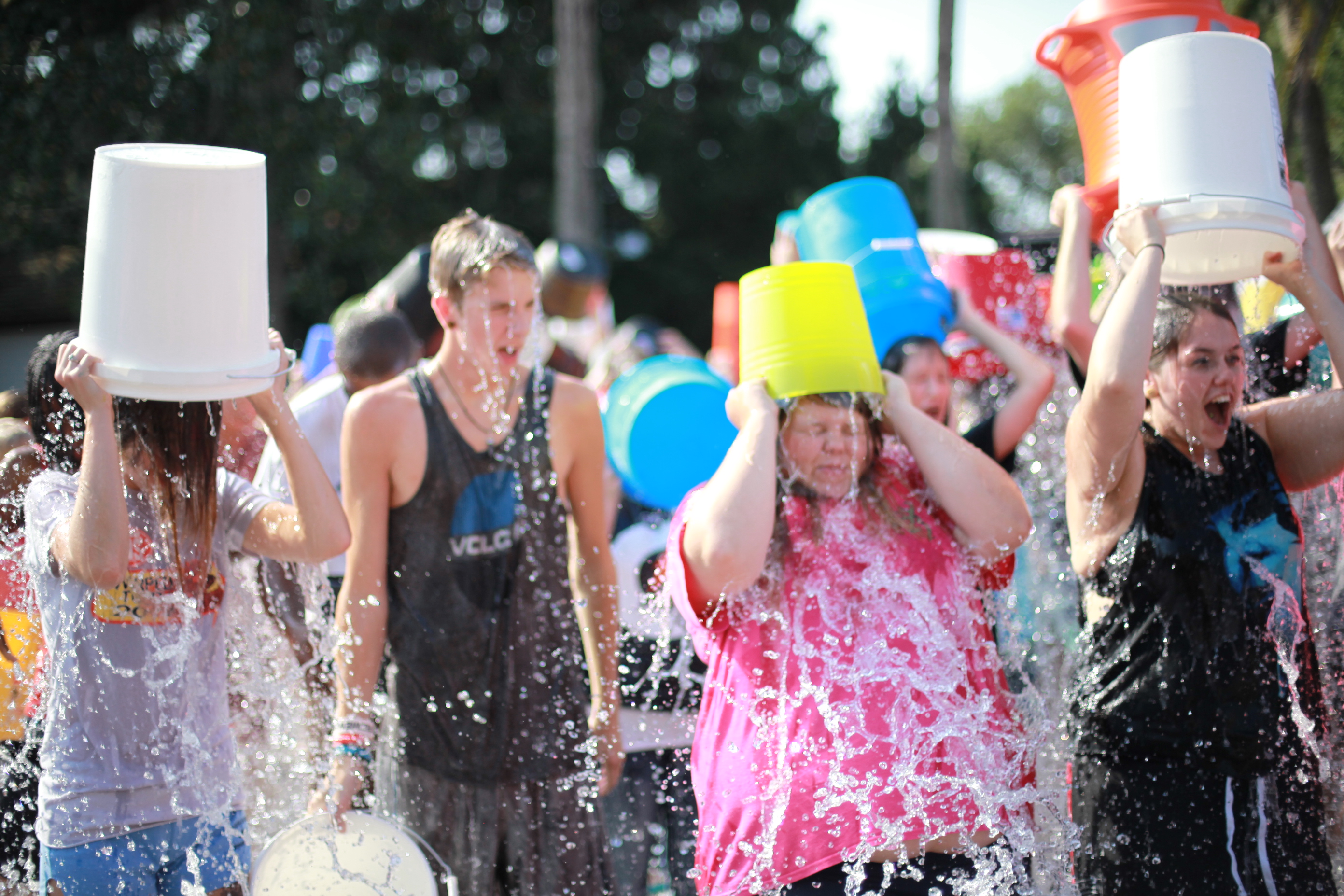 Participants pour ice water over their heads on Saturday, Aug. 23 in the parking lot of Ripley’s Believe it or Not! Museum during the ALS Ice Bucket Challenge, a fundraiser for ALS and an official Guinness World Records attempt. Photos by Renee Unsworth

From aÂ Ripley’s press release:Â The 430 people appears to shatter the old mark of 250, but it will take Guinness World Records a few days to verify the attempt.

All who participated donated $5Â each, which will go to support families in Florida struggling with ALS.Â From ALS.org:Â AmyotrophicÂ lateralÂ sclerosis (ALS), often referred to as â€œLou Gehrigâ€™s Disease,â€ is a progressive neurodegenerative disease that affects nerve cells in the brain and the spinal cord.

Lori Gessner and family members were at Ripley’s on Saturday morning to pay tribute to her father, John R. Wilson, who passed away in 2008Â due toÂ ALS.

Chris Olsen ofÂ www.simplystaugustine.comÂ was there with his five children to remember his grandmother who passed away in 1998 due to the disease.

Ripley’s used a drone to take video of the event, which will be available later today.Â Please look for a link via Ripley’s Believe It or Not! Facebook page:Â www.facebook.com/RipleysBelieveItorNot

According to posts on the Ripley’s St. Augustine facebook page (www.facebook.com/saintaugustineripleys), the donationÂ amount to ALS is up toÂ $10,000. Ripley’s and The Bailey Group matched funds raised at the event.

By Ed Albanesi When you become an elder, as my just-turned 16-year-old daughter likes to call me, 10 years is really just a blink…