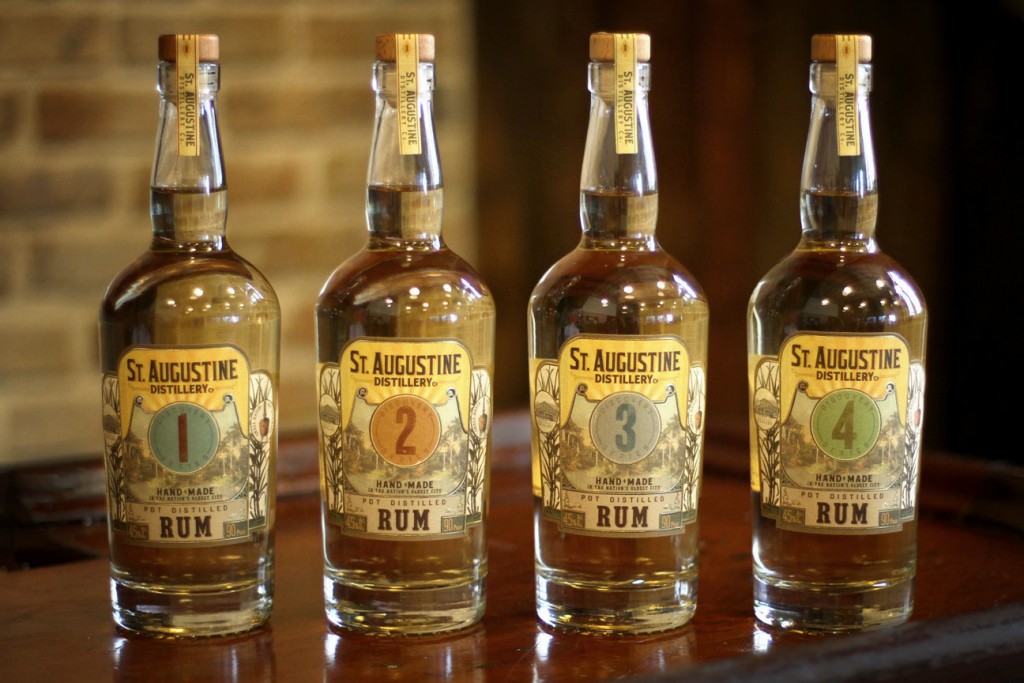 St. Augustine Distillery unveils its rum program with its Discovery Series. The first series will be available to the public Thursday, September 3, 2015 at the Distilleryâ€™s gift shop. Contributed photo

From the St. Augustine Distillery

ST. AUGUSTINE, FL â€“ St. Augustine Distillery is proud to announce that its first rum series will be available to the public on Thursday, September 3 in the Distilleryâ€™s gift shop, located on Riberia Street in downtown St. Augustine.

The Discovery Series is a group of limited release expressions, created during the development of the Distilleryâ€™s flagship rum. Each one has been fermented and distilled on-site from select regional sugarcane syrups and molasses in copper pot stills and then barrel-aged for a distinct flavor profile.

â€œOur Director of Production, Brendan Wheatley, asked if, in order to make the best possible rum, we would allow him to create a series of 500 case allotments over the course of four months,â€ explained Philip McDaniel, co-founder and CEO of St. Augustine Distillery in St. Augustine, Fla.

â€œThis will help him â€˜dial-inâ€™ the best combination of sugar sources and distillation techniques for a first-rate final rum recipe,â€ McDaniel said. â€œWe wanted our customers to have the unique chance to experience each of these different recipes as we refine our flagship rum. This opportunity is very unique and only available at a craft distillery like ours.â€

The first release in the rum program, entitled Discovery Series, will be available on September 3 at the Distilleryâ€™s gift shop with Series 2 following in October, Series 3 in November and Series 4 in December. The Distilleryâ€™s flagship rum (or final recipe) is slated for a January 2016 release.

The St. Augustine Distillery is open from 10 a.m. to 6 p.m. Monday through Saturday; and from 11 a.m. to 6 p.m. Sunday. FREE guided tours and tastings are available every half hour.

PUMPKINS DELAYED at The Pumpkin Patch at First United Methodist on King Street in St. Augustine

UPDATE on Wednesday, October 7, 2020: The pumpkins at First United Methodist Church HAVE BEEN DELAYED and will not be arriving for the pumpkin…