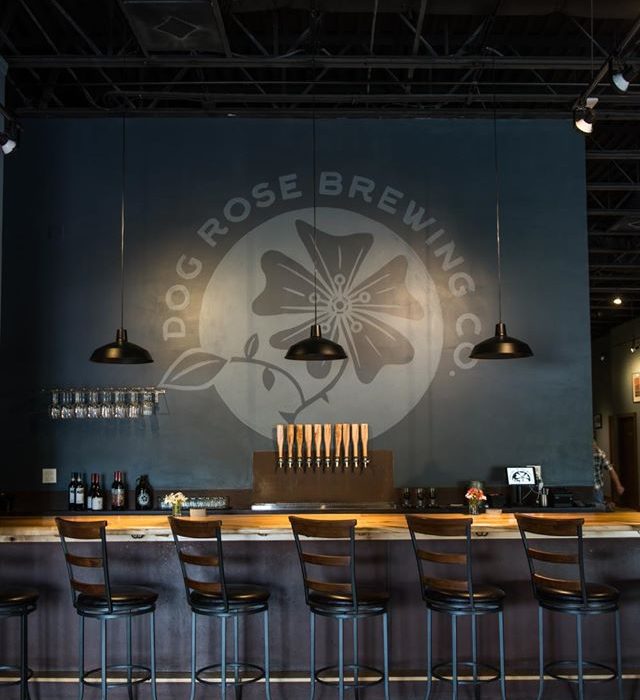 St. Augustine is on another list! Congrats to Dog Rose Brewing Company for making it on a list of the Top 20 Best New Breweries in the United States. You can VOTE for Dog Rose at 10best.com/awards/travel/best-new-brewery

This craft brewery is owned by Courtney and Doug Murr, located at 77 Bridge St., in the downtown area of historic St. Augustine, Florida. Doug is the brewer, getting his experience as former head brewer for A1A Ale Works (since 2001). After 15+ years, Doug decided to open his own brewery, along with his wife, Courtney,.

Dog Rose Brewing Co. opened in October 2017, serving handcrafted ales and lagers that are brewed on site in a 5,000 square foot building that housed a former art gallery.

Live music, food trucks, and locally brewed beer is served up each week. Hours are 12 p.m. to 11 p.m. Sunday-Thursday; and 12 p.m. to 1 a.m. Friday-Saturday. Go to dogrosebrewing.com or follow on facebook.

Breweries on the USA Today 10Best list have all been opened in the past three years, beginning in 2017. Breweries throughout the U.S. include 1840 Brewing Company in Milwaukee, Wisconsin; Axe and Arrow Brewery in Glassboro, New Jersey; Channel Marker Brewing in Beverly, Mass.; Elder Pine Brewing & Blending Co. in Gaithersburg, Maryland; and others. See the list and vote at 10best.com/awards/travel/best-new-brewery

By Ed Albanesi A few years ago I did something very unusual for me. I voted in favor of a sales tax increase here…