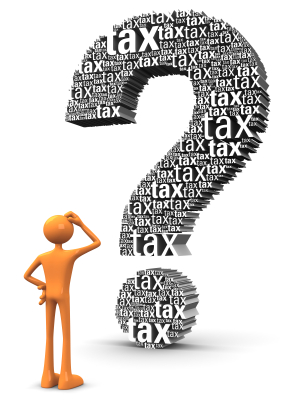 Today I did something I probably have never done before and likely will never do again. I voted â€œyesâ€ on a proposed tax increase.

After much discussion with my wife, she and I completed our absentee ballots and signed them. They went into the mail about an hour ago. I wonâ€™t say how my wife voted but we usually try to not cancel out our votes. To quote Julius Caesar, â€œThe die is cast.â€

Discussions and arguments over whether tax increases are justified usually follow a pattern. Those who support the tax increase lament the parade of horribles that will occur if more tax revenue is not forthcoming. Those who oppose the tax increase aver that revenue shortfalls could be avoided by tightening of belts and more judicious use of existing tax revenues. The debate regarding this tax increase pretty much followed that pattern.

Those who oppose the Â½ percent tax increase also are not happy with the cost of holding a special election when the issue could have been decided on the presidential primary ballot this coming March. Those supporting the tax increase say that our schools canâ€™t afford to wait the extra year for the increase, if passed, to take effect. The sales tax would be implemented in January following the year the referendum was approved. Both sides have a point.

Proponents argue that the sales tax increase would sunset in 10 years and would need another affirmative vote of the electorate to continue. Opponents like to quote Benjamin Franklin who said, â€œIn this world nothing can be said to be certain, except death and taxes.â€ Again, both sides offer compelling arguments.

Those who oppose the tax increase worry that with a new pot of money for education, revenues previously used to fund schools will be diverted for other pressing, non-educational purposes. Tax supporters say there is adequate transparency in the county budgeting process and there would be a taxpayer rebellion if officials attempted this strategy. I suppose all this would remain to be seen.

There are two reasons I ultimately decided to cast a â€œyesâ€ vote for this proposed tax increase. The first is a selfish reason. I have a horse in the race because my daughter attends a St. Johns County middle school. The school administration and our teachers are doing something right based on the rankings our schools consistently attain. If they say more revenue is needed, Iâ€™ll give them the benefit of the doubt in this instance.

The other reason I voted â€œyesâ€ is because the increase is largely affordable. I particularly like the exemption for purchases exceeding $5,000. As I understand it, the extra Â½ percent sales tax will be assessed only on the first $5,000 of a major purchase. That is wise.

There is a caveat to my second reason, which I have long used in my â€œdefaultâ€ opposition to all tax increases. Taxes are cumulative so itâ€™s not persuasive to consistently argue taxpayers can endure small tax increases.
How often have you heard proponents of a particular tax increase say it will cost the taxpayer only the price of a weekly of coffee? Stop paying attention and pretty soon you will be buying coffee, donuts and the morning newspaper for everyone on your block.

If this tax increase is approved by the voters, and I think it will be, letâ€™s hope and pray that our local officials donâ€™t see it as a mandate for piling on.

By Ed Albanesi In the late 1960s I took a Comprehensive Humanities course at the University of Florida that I didn’t much like. One…