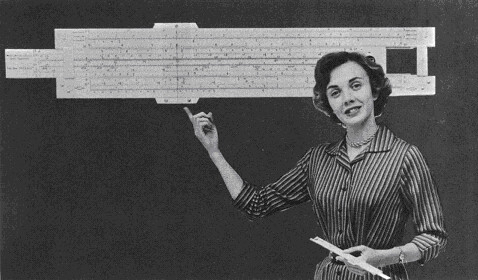 I was recently reading an article about Triple Crown winner, American Pharaoh, in which the author described the horseâ€™s magnificent fluidity of motion. The author referenced American Pharaohâ€™s final outing in the Breederâ€™s Cup, a several-length victory.

With my curiosity tweaked, I went online to YouTube and searched for the 2015 Breederâ€™s Cup. Within seconds I was watching a full-screen, high-definition video of the race. The experience got me to thinking about a lifetime of continually improving technology, which spoiled me as I lived through it.

We baby boomers are the first generation who grew up not knowing what life was like without television. Man, were we spoiled.

Our first familyÂ television was a table-like seven-inch BW console that took about 30 seconds to warm up. We had seven over-the-air stations (New York area), which you had to tune and often adjust the vertical and horizontal holds. (Google â€œTuning an old BW televisionâ€ videos.)

In my mid-20s I purchased my first color TV, paying $328 for a 19-inch portable on sale in a Tallahassee K-Mart. It came with a mechanicalÂ tuner and without a remote. But I could watch sports in color. I was living the life.

Long before that, I can remember having to connect with an operator when making a phone call. Along came the dial phone and I could call someone on a private line without an operatorâ€™s help. Pretty cool. (At this point, readers born in the 21st century might want to Google â€œoperator and switchboardâ€ images for clarification.)

Then came pushbutton phones, speaker phones, bag phones, flip phones, smart phones, FaceTime, Skype and free long distance. No longer did we have to make person-to-person calls to ourselves to alert a loved one we had arrived somewhere safely. (My apologies to younger readers who have no idea what Iâ€™m talking about. Strategic Googling should clue you in.)

I can remember new cars selling for less than $3,000. It didnâ€™t bother us that many of them didnâ€™t come with power steering, power brakes, power locks or power windows. Most had AM radios but it wasnâ€™t long before FM radios and cartridge tape players were available options. You could add after-market components and cruise in a pimpmobile before it had a name. Look out, Fonzie. (Google â€œHappy Daysâ€ images.)

There once was a time that adding, subtracting, multiplying and dividing required a pencil and paper. Slide rules helped with difficult computations although I never really figured out how to use them correctly. Then came electronic calculators, which could cost more than $100. Now we can buy calculators at the dollar store or just use the ones on our phone. Although these phones have become smarter, Iâ€™m not sure we have.

And writers used to send their readers to an encyclopedia, dictionary or the library to gain more knowledge on an arcane concept or practice.

Yes, there was life before Google, but I am one older guy who is not going to tell you it was better. Slower, maybe; but not better. Google on.