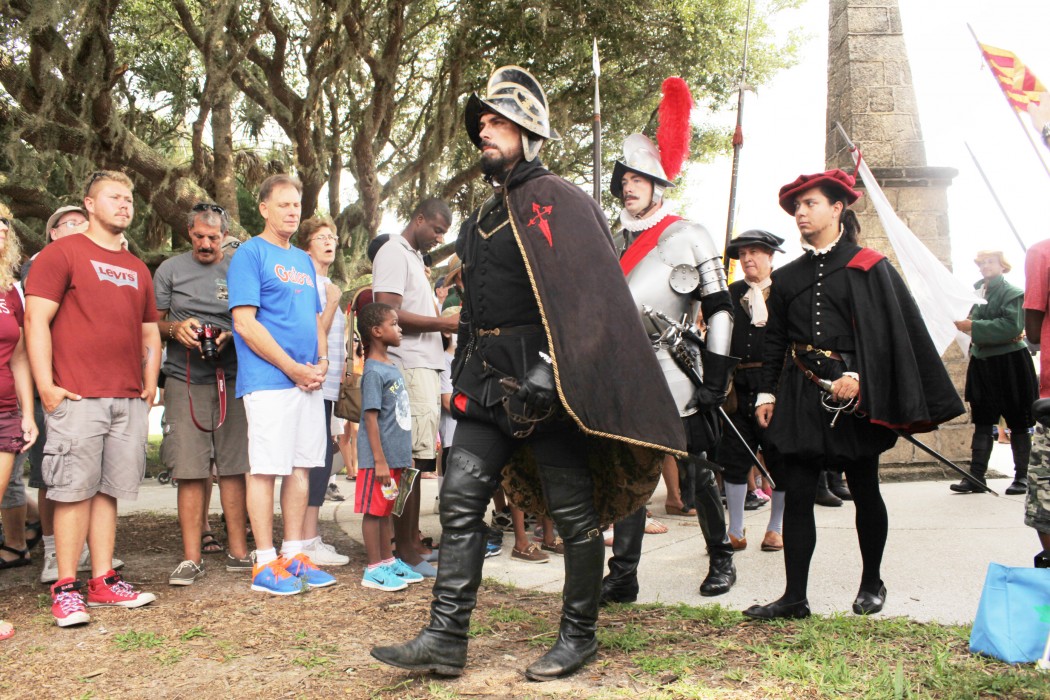 St. Augustine, Fla. – Out of an abundance of caution due to COVID-19, the Diocese of St. Augustine has decided to cancel plans for the annual celebration of Founder’s Day at the National Shrine of Our Lady of La Leche at Mission Nombre de Dios.

“We remain open to the public daily and have taken the St. Augustine pledge to support our city and all efforts to ensure the safety of our guests,” said Jon Cares, director of operations for the shrine.

“We are currently operating under reduced gift shop and Mission Museum hours of 10 a.m. to 4 p.m. Monday through Saturday and 12 p.m. to 4 p.m. on Sundays.”

Founder’s Day, which was originally planned for Saturday, Sept. 5, celebrates the founding of St. Augustine, our nation’s oldest city, with a reenactment of the landing of the Spanish at the mission grounds, followed by Mass celebrated by Bishop Felipe Estévez.

On Sept. 8, 1565, Don Pedro Menéndez de Aviles and a group of Spaniards founded the city, and Father Francisco Lopez celebrated the first Mass on its shores. They named the new settlement St. Augustine in honor of the saint whose feast day they first sighted the shores of the city. This year marks 455 years since the founding of the city of St. Augustine.