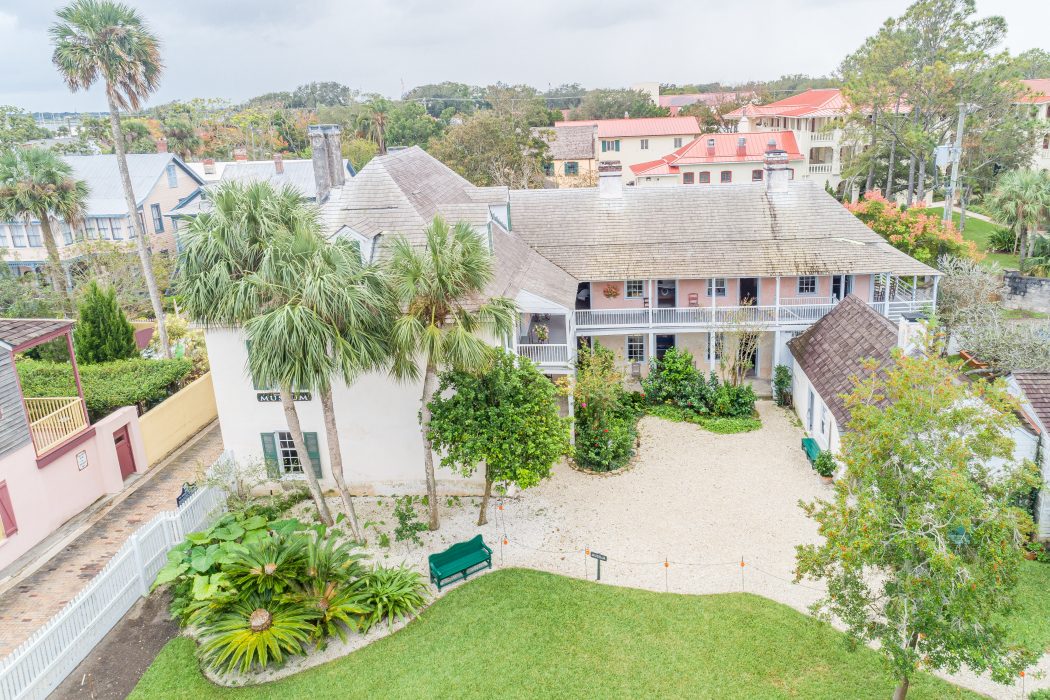 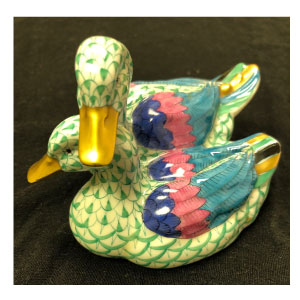 Bid on these adorable ducks at xfhm2021.ggo.bid

St. Augustine, FL — The National Society of The Colonial Dames of America in The State of Florida (NSCDA-FL), the organization that owns the Ximenez-Fatio House Museum on Aviles Street in historic, St. Augustine, will offer an online auction from March 17-22, with proceeds going to historic preservation. Auction for Action can be found at xfhm2021.ggo.bid — offering beautiful artwork, collectibles and other wonderful items.

The Colonial Dames was founded in 1891, and the Florida affiliate in 1899. The Dames, which has about 15,000 members nation- wide and about 830 in Florida, promotes national heritage through historic preservation, patriotic service and educational projects.

Today, the NSCDA-FL promotes the preservation and appreciation of two historic homes in the state of Florida: The Dorr House in Pensacola and the Ximenez-Fatio House in St. Augustine. 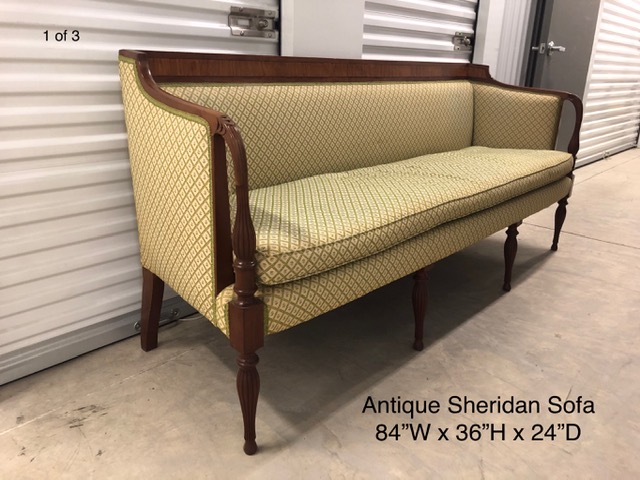 This items is available in the online auction at xfhm2021.ggo.bid

The Ximenez-Fatio House was completed in 1798, by Don Andres Ximenez for he and his bride, Juana Pellicer Ximenez. Juana’s father, Francisco Pellicer, led the Menorcan exodus of 1777 out of New Smyrna, from their illegal bondage by Dr. Andrew Turnbull. Ximenez included a grocery story and storage room, tavern, and billiard hall on the first floor, family bedrooms and living area on the second floor, and servants/enslaved persons living areas on the third floor. There were also two large warehouses that butted up to each other – what we now know as the first floor guest rooms – along with a detached kitchen and washroom.

Juana Ximenez died in 1802, at the age of 26. Andres followed in 1806. He was 53. The Ximenez family passed the property among them until 1825, when Mrs. Margaret Cook and her husband were given the opportunity to purchase an interest in a third of the house. By 1830, Mrs. Cook owned the whole compound. She converted the home into a boarding house by turning the tavern into a lobby, the billiard hall into a fine dining room, and the two warehouses into four guest rooms. The grocery store and storeroom re- mained intact since it was such a profitable business. Mrs. Cook hired Eliza Whitehurst, a single lady, to manage her new boarding house. In June 1838, Mrs. Whitehurst died, most likely due to a Yellow Fever epidemic ravaging St. Augustine. 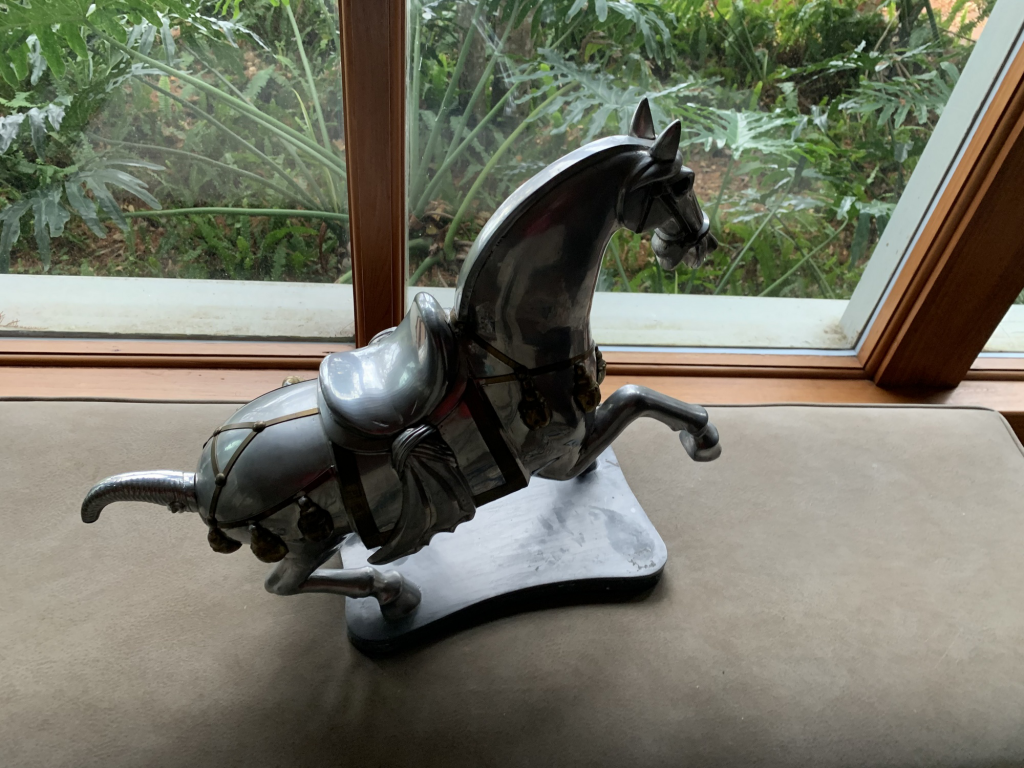 This pewter horse sculpture is available in the auction at xfhm2021.ggo.bid

In July 1838, Sarah Petty Anderson, also a single woman, purchased the boarding house from Mrs. Cook. In 1852, Louisa Fatio, the last of this impressive line of single women to either own or manage the property, became the manager of Miss Anderson’s boarding house.

In 1855, Miss Anderson sold the property to Louisa and moved to Tallahassee. Miss Fatio owned the property and kept it afloat during times of slavery, secession from the Union, re-occupation by Union troops in 1862, and Reconstruction. She died in 1875, having maintained the integrity, reputation, and prominence of this boarding house through a time when the term “boarding house” often had a very negative connotation.

The house spent the next several decades as an artists’ retreat until it fell into disrepair by the 1930s – yet the downstairs/grocery store and storeroom always housed some form of retail business.

In 1939, The National Society of the Colonial Dames of America in the State of Florida purchased the property, and in the process of refurbishing the home, presented it for the first time to the public on May 6, 1940, as an example of historic home restoration.

Tours of this historic boarding house are offered Monday-Saturday at 20 Aviles Street, in downtown St. Augustine. Hours are 10 a.m. to 5 p.m. Visit ximenezfatiohouse.org or call 904-829-3575.

Auction for Action will help continue historic preservation of the Ximenez- Fatio House Museum. Bidding is simple from the website, xfhm2021.ggo.bid, any time of day from March 17-22. 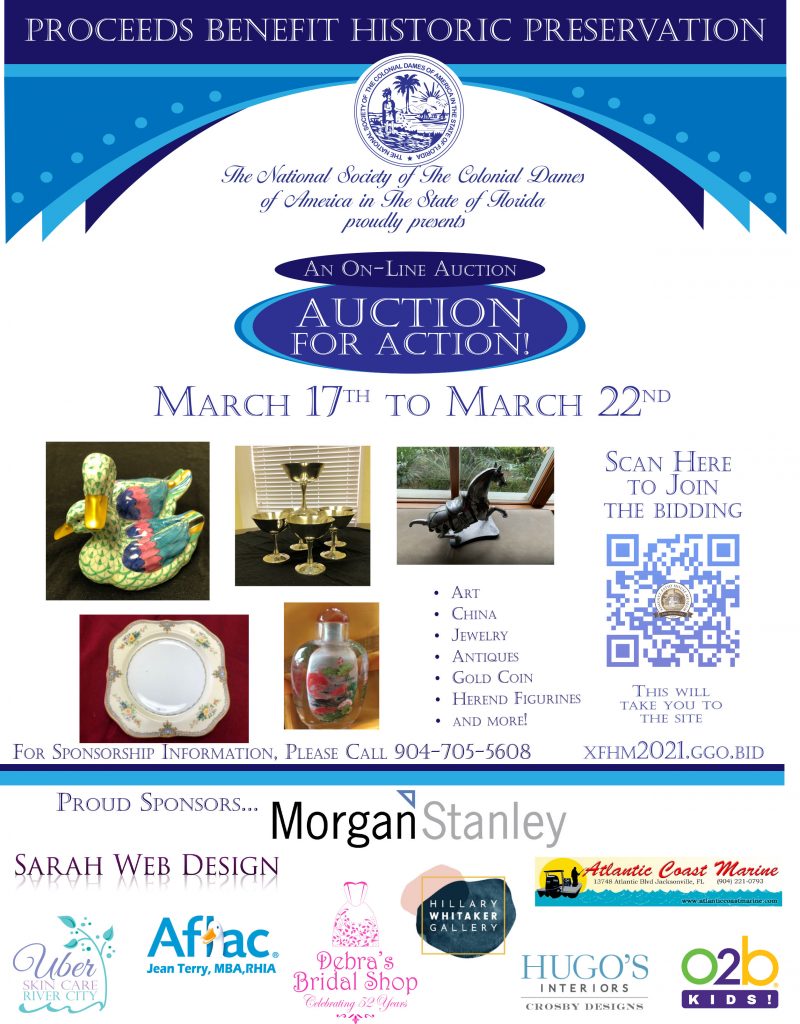 St. Augustine is the South’s No. 1 Best Food Town in 2019 by Southern Living Magazine!